We hear readers’ comments about the latest book from a leading dementia advocate and Society Ambassador.

Real stories
Keith Oliver’s new book, ‘Dear Alzheimer’s’, is an intimate and empowering memoir of his experiences living with dementia. The book contains a series of letters addressed to dementia, written as his condition progresses each passing year. Read the first two letters here.
17

Keith Oliver, a Society Ambassador who was diagnosed with Alzheimer’s aged 55, uses diary entries and letters to tell his story in Dear Alzheimer’s.

Caroline Branney, who manages our Dementia Knowledge Centre, says, ‘This book records the huge amount of energy Keith has put into work since his diagnosis in 2010, ranging from support groups, research bodies and charities.’

‘At a time of great austerity and major change within the NHS, Keith goes on to tackle complexity, pressure and self-doubt with honesty, humour and love,’ says John.

John Spriggs-Taylor, a reader in Derbyshire, says, ‘What an incredible book. Keith has written a go-to manual for anyone thinking of becoming or already operating as a champion, envoy or ambassador for their lived health experience.

‘At a time of great austerity and major change within the NHS, Keith goes on to tackle complexity, pressure and self-doubt with honesty, humour and love.’

Each day as it comes: Staying connected 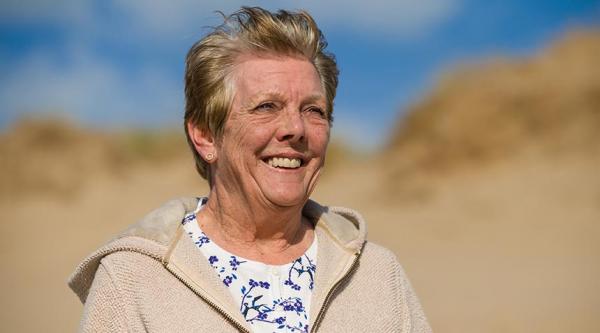 Real stories
Living in a remote spot, Pam Wood appreciates her continued connections with other people.
0

Ellen Bernstein, in London, says, ‘During a busy and successful career as a headteacher, Keith consulted his GP about balance problems, expecting to be diagnosed with an ear infection. However, young-onset dementia was diagnosed relatively quickly. Keith’s positivity is inspirational.

‘After deciding to holiday with his wife in Australia, despite being advised not to do so, he writes, “We are going. Bugger you, dementia!” and, “I have joined the Research Network and rest assured I will do everything I can to help to defeat you.”’

‘His day-to-day diaries are interspersed with letters, which confirm he will not easily give into “the clutches of the disease”. They also give an ironic twist to the diaries,’ says Neroli.

Myrtle Stephenson, in Nottingham, was hoping the book would give her more insight into the progression of the condition. However, Keith’s experience of receiving a diagnosis at such a young age and being so active and involved is very different to her husband’s – he was diagnosed aged 81.

‘Life with young-onset dementia – or any dementia – is clearly different for each person,’ says Caroline. ‘Keith is keen to present us with a positive portrayal, which in his case involved taking up numerous challenges.’

Neroli Harris, in Caroline’s team, adds, ‘Describing his diaries and journals as increasingly serving as a “substitute hippocampus”, Keith has put together an extremely detailed record from diagnosis to becoming a true champion.

‘His day-to-day diaries are interspersed with letters, which confirm he will not easily give into “the clutches of the disease”. They also give an ironic twist to the diaries.’

Real stories
As he tackles both bereavement and dementia, Nicky Stephens remains determined to maintain an active lifestyle.
8

John says, ‘Keith faces his own demons and challenges head on, with an astonishing cast of supporters. He appears to move easily from project to project with an immense capacity for friendship and a willingness to learn as much as he can along the way.

‘His curiosity and imagination, while living with the restrictions of his diagnosis, allow for some incredible adventures. It’s good to see he has some fun as well, but it is sobering to contrast the attitude of London transport (good) with that of the police (not so good) when he finds himself alone and in need of support.’

Ellen adds, ‘Keith frequently acknowledges his gratitude for others’ support, which has enabled his success in establishing a new life for himself rather than being defined by dementia.’

‘He writes beautifully, describing his life with dementia as sunny and foggy days,’ says Ellen.

‘What I enjoyed about the book was Keith’s honesty and self-awareness about how his life has changed and continues to change,’ says Ellen. ‘He reports that he is now much more influenced by his emotions. He writes beautifully, describing his life with dementia as sunny and foggy days – on foggy days, he doesn’t function well.’

John adds, ‘There is so much to learn from this book – from practical suggestions for establishing groups to writing a film script and amazing insights into his role with Alzheimer’s Society. We definitely need more Keith Olivers!’

Let us know what you think about this extraordinary memoir by 10 July 2019 so we can share it in our next magazine.