Gareth Bracken meets a man with a rare form of dementia thriving with support from Side by Side. 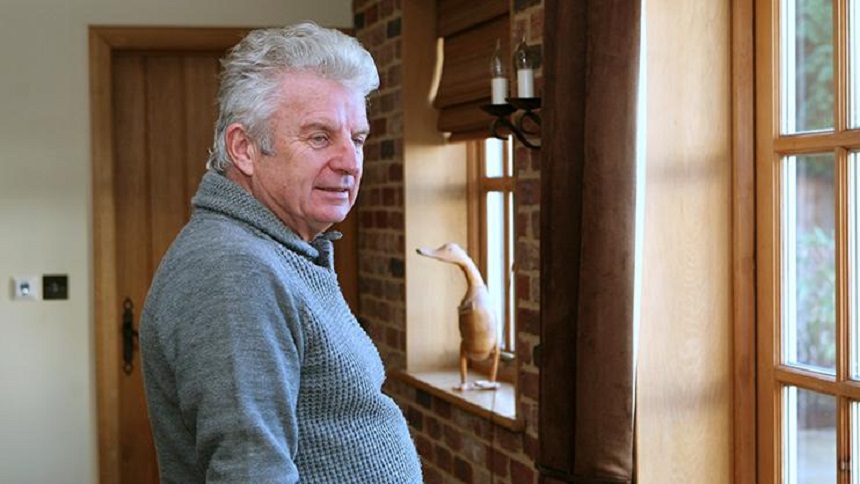 Having run his own quantity surveying firm for decades, Martin Anderton is now unable to complete the most simple of calculations or even write his own name.

Martin, 62, has posterior cortical atrophy (PCA), a rare cause of dementia that damages the rear of the brain.

He is determined to remain positive and has got involved in Side by Side, an Alzheimer's Society service that helps people with dementia to keep doing the things they enjoy.

Martin, who lives in Surlingham, Norfolk with his wife Mary and one of their sons, first noticed problems with his vision in 2013 while trying to park his car.

'I was reversing into a space but kept knocking the bollard over,' he says. 'I got out and thought, "There's something wrong here."'

He also lost the ability to read text on a computer screen.

He went to his doctor, who did mention dementia but told Martin he was too young to have the condition.

After a series of GP visits, optician appointments and hospital trips, a neurologist eventually diagnosed Martin with PCA in February 2016.

Martin says that things only truly made sense when the neurologist told him and Mary to read about Terry Pratchett, the late author who also had PCA.

'That opened the door for us because we were struggling big style, we didn't know where to go next,' he says.

At the time, Martin knew little of PCA or how it might affect him.

'The neurologist asked me if I could tie my laces. I looked at her and thought, "You're a bloody doctor? You can't be. Why are you asking me these stupid questions?" But now, a few years on, I can't do my shoelaces up!'

Posterior cortical atrophy (PCA), also known as Benson's syndrome, is a rarer cause of dementia that affects the back of the brain first. In the vast majority of people with PCA, the condition is caused by Alzheimer's disease.

The first symptoms of PCA tend to occur when people are in their mid-50s or early 60s. However, these signs may be missed and mistaken for other problems, so it can be some time before a formal diagnosis is made.

These all involve the rear areas of our brains, where the damage in PCA occurs first.

As PCA progresses, other parts of the brain are affected and people develop symptoms that are more typical of Alzheimer's, such as memory loss and confusion. There are no specific medications to treat PCA, but some people find medications for Alzheimer's disease helpful.

Noticing the signs and stages of Posterior Cortical Atrophy (PCA) 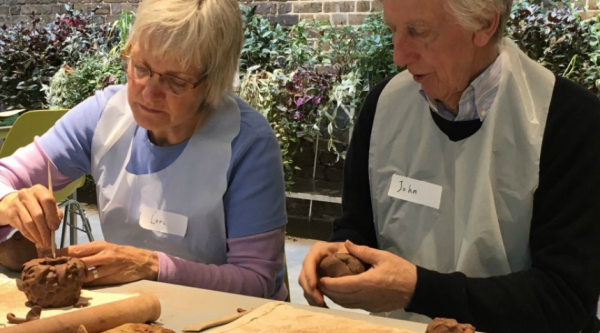 Real stories
Watch this short film about Posterior Cortical Atrophy (PCA) and read Lori's story about noticing the signs of PCA in her husband, John.
9

So how else has the condition affected Martin?

'Well the warts-and-all version is that I can't dress myself. I'd be in a home by now if I didn't have Mary,' he says.

'I can't see most things now. If I dropped a pen on the floor, and Mary wasn't here, it would take me a hell of a long time to find it, if I even could.'

'I can't do maths – bearing in mind that my whole working life was about numbers,' he says.

'Sometimes it's very hard. The whole thing is quite a strain.'

Although his family are extremely supportive, it can be difficult for Martin and Mary to explain to their young grandchildren why he can't read them a bedtime story.

Martin also felt uncomfortable when he was unable to help one of them with times tables.

'I haven't got a clue and didn't want to be outdone by the other grandad, so I just sort of melted away,' he says. 'That was a bit embarrassing.'

Martin maintains an active social life, but he can still feel vulnerable when he's out and about.

He once injured himself walking into a clear glass shop front, and he's had problems finding his way out of toilets when at the pub with friends.

While close friends and family are aware of his dementia, Martin has been hesitant about telling others, even if he's struggling.

'I've actually waited for a guy to finish in the toilet so I could follow him out, rather than ask,' he says. 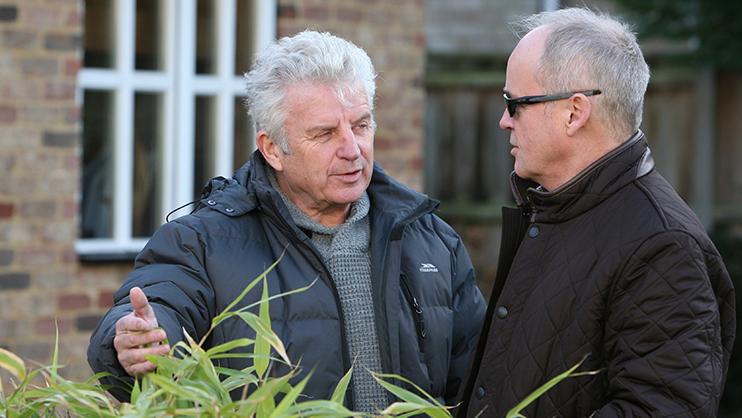 Live for the moment

Although some people don't know how to react to Martin's behaviour, friends have generally been very loyal and neighbours understanding. There have even been some lighter moments over the years.

'I was going to see Mary at work and this little old lady grabbed hold of my hand and walked me across the road!' he laughs.

He does acknowledge getting frustrated, however, and particularly misses the freedom of his car.

'Sometimes I do feel, "Why me?" But then two minutes later, "You've got what you've got, get on with it." That's the only way you can be,' says Martin.

'Sometimes it does become as though the walls are creeping in a bit,' he says.

'Sometimes I do feel, "Why me?" But then two minutes later, "You've got what you've got, get on with it." That's the only way you can be,' he says.

'The future is tomorrow – live for the moment.'

Martin enjoys attending a day centre and Alzheimer's Society's Norwich Young Onset Group, where many other people share his outlook.

'It's absolutely brilliant,' he says. 'It's a great group and they're all really nice. You have a laugh and a joke.'

Martin has also been boosted by his involvement in Alzheimer's Society's Side by Side service.

Side by Side enables people with dementia to carry on doing the things they love with the support of like-minded volunteers.

Martin admits he was initially sceptical about signing up.

'I didn't think it was for me, because I've got all the Norfolk Broads to walk around, so didn't really need anything,' he says. 'But I'm really glad that Mary persisted.'

Martin was paired with local retiree Andrew Hardwick. Andrew wanted to use his people skills in a volunteering role, after a management career in the insurance sector where his main focus was on finances and numbers.

Andrew's late uncle had vascular dementia, while his aunt still lives with the condition.

The men, who shared an interest in walking, football and local history, were brought together by Side by Side Co-ordinator Jill Noble.

'Jill came over with Andrew and we just had a hello thing, because he was going on holiday the next day,' says Martin.

'All I said to him was, "Do you like football?" He went, "Yep, Norwich City." I thought well we've got something in common – that will be brilliant.' 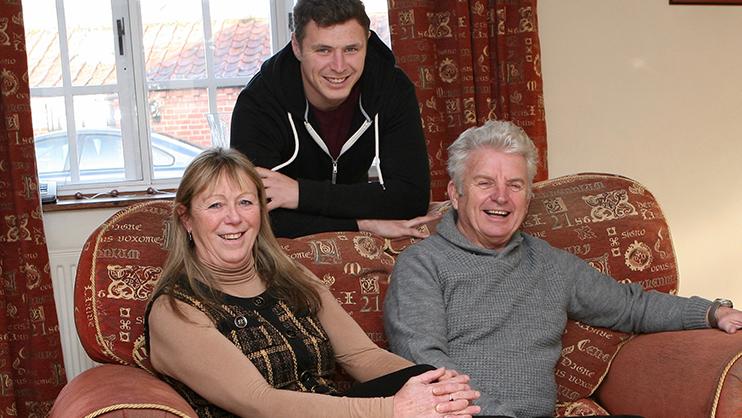 During their fortnightly trips the pair have visited a cathedral, lake and other local places of interest, including the road on which Martin grew up.

'I pointed it out to him, "That window, I was born up there!"' says Martin.

'It's good fun – Andrew is brilliant, we just hit it off. He really is a good guy and I enjoy his company. I couldn't praise him enough.'

Mary believes that Martin benefits from once again having regular male company, having worked in a predominantly male environment.

'If it's anything like the journey that I've had, people should be getting involved in Side by Side, definitely,' says Martin.

Martin adds, 'We talk about Norwich City, about our wives and family. We have a right laugh.'

Martin speaks very highly of the Side by Side service, which he describes as being 'excellent and above'.

'If it's anything like the journey that I've had, people should be getting involved, definitely,' he says. 'It's helped so many people.'