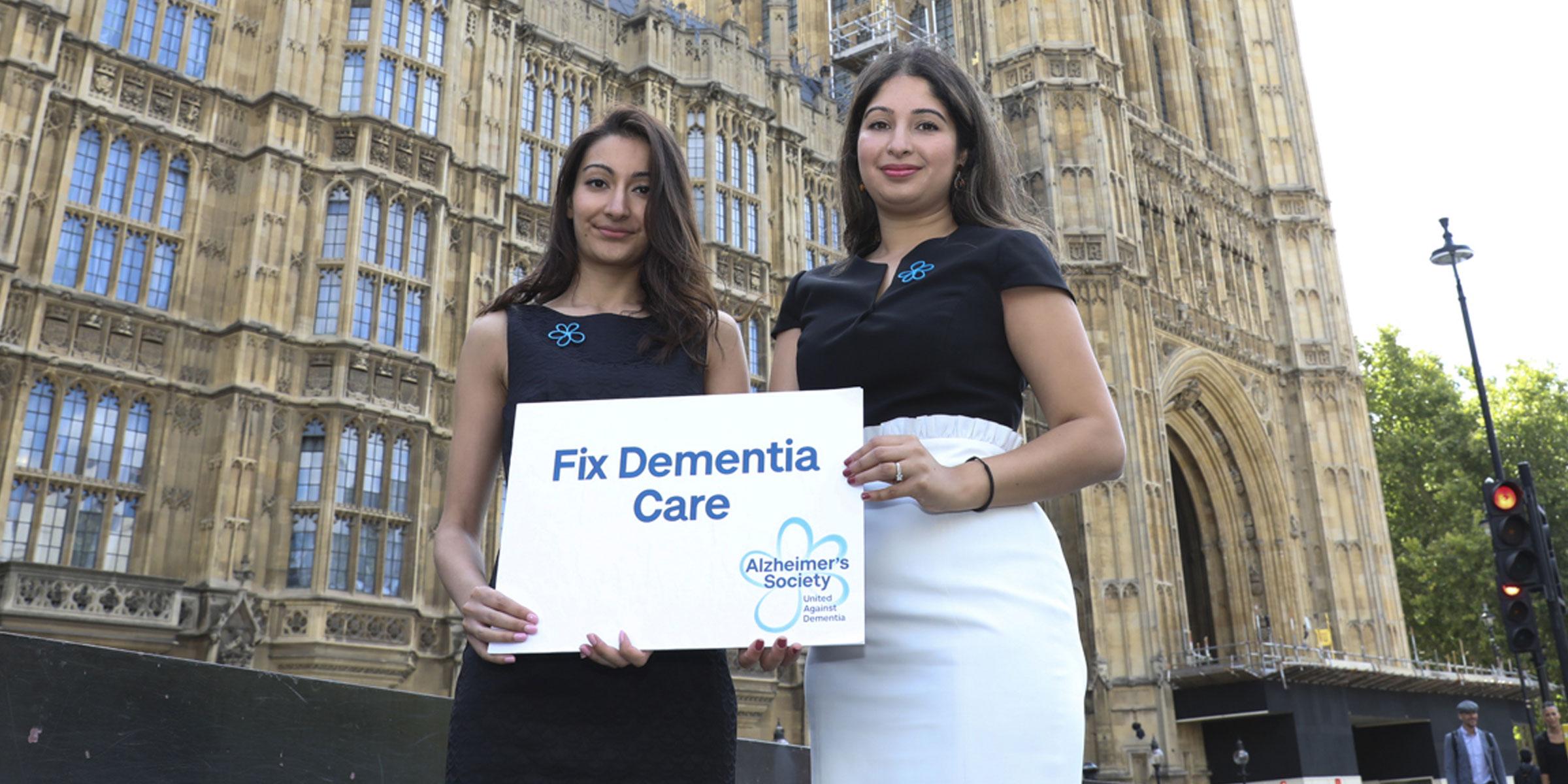 Real stories
Platform for change: Standing up for people affected by dementia
Dementia together magazine: June/July 20

Inspired by her father, Nimisha Sharma has been sharing her family’s story to raise the profile of dementia.

At the time of our conversation in mid-April, Nimisha Sharma hasn’t seen her father Sharad, who has dementia, since the UK went into lockdown because of the coronavirus pandemic.

Nimisha, who lives in Rugby in the West Midlands, won’t be able to visit her parents’ home in Leicester until the current social distancing and isolation measures are relaxed.

‘They’re having to be careful, so Mum is only going out for essentials,’ says Nimisha, who would usually visit a few times a week.

‘Dad isn’t classified as high priority, so they haven’t been given access to priority shopping hours. It makes me anxious because he’s so vulnerable.’

Sharad, 66, is no longer able to speak and Nimisha would normally use touch to show affection. However, she is currently limited to daily video calls.

‘It’s really hard,’ she says. ‘One minute I think I’m OK as the video chats cheer me up, but I also can’t hold his hand or be there beside him.

‘In the last couple of months, Dad hasn’t been smiling as much and is sleeping quite a bit during the day. He’s changing every day but I can’t see him, which panics me. I feel I’m missing out on precious time with him.

‘I don’t think he understands the coronavirus situation, but maybe ignorance is bliss.’

Nimisha is also unable to support her mother with Sharad’s care as she usually would.

‘Not being able to help is hard,’ she says. ‘I’m struggling because I feel a bit useless.’

Born in Kenya and of Indian descent, Sharad came to the UK in the 1970s, working as an IT consultant for many years. He was always very active and loved doing exercise and socialising.

‘Dad was someone who made the effort to visit or call people,’ says Nimisha, who works in PR and communications. ‘He was bubbly and had a passion for life.’

Sharad is the oldest of six siblings and others would come to him for guidance or advice.

‘He was really the backbone of his family,’ says Nimisha.

Sharad was diagnosed with young-onset Alzheimer’s disease in 2016, in his early 60s. The family had first noticed changes in his behaviour up to seven or eight years previously.

‘He would say things that were out of character and make decisions he wouldn’t usually make,’ says Nimisha. ‘He would also forget things, like the names of food.

‘Dad was never one to complain about feeling ill or being hurt, so I think he didn’t want to let on to us that something was wrong, but I think he knew.’

Although she isn’t sure if Sharad was able to comprehend his diagnosis, Nimisha remembers everything vividly.

‘It was horrible,’ she says. ‘It felt like being told, “Your dad is going to die and there’s nothing you can do about it.” For the next two weeks I was just crying – it felt like I was grieving. You’re overwhelmed to the point of shock.’

Respect due: Carers of people with dementia deserve more 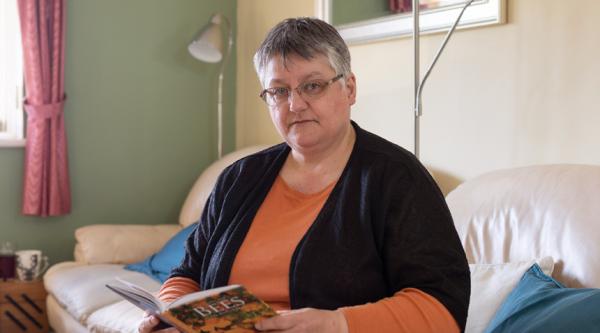 Real stories
Bridget Simmonds has felt let down by many people while supporting her parents.
4

Sharad was still able to communicate and drive for the first year or two after his diagnosis. But as his dementia progressed, the family struggled to get the support they needed.

‘GPs aren’t specialists and social services have a financial threshold, so we didn’t get much help back then,’ says Nimisha.

Finding it difficult to get straight answers to their many questions, the family turned to Alzheimer’s Society.

‘The Society has been super helpful,’ says Nimisha. ‘They were able to break down the diagnosis for us and give advice on how to deal with certain things that Dad was doing. They’ve also given a lot of emotional support.’

Nimisha and her mum Usha also attended an Alzheimer’s Society Carer Information and Support Programme (CrISP), where they received information and advice on supporting a person with dementia.

‘Mum stopped working a year after he was diagnosed and her life revolves around him 24/7,’ says Nimisha. ‘She has up and down days, but she’ll keep going with a smile on her face. She’s very strong and very inspiring to me.

‘People say that Dad looks so well, but they only see end results, not the process and the turmoil for Mum.’

Nimisha is frustrated that dementia doesn’t receive the attention it deserves.

‘It’s a terminal illness that’s overlooked. You’re watching a person waste away in front of you, which causes constant grief and anguish,’ she says.

‘It’s so sad that dementia isn’t up there with cancer. There’s not the same level of support.’

She also believes there is a particular lack of awareness among South Asian communities, which isn’t helped by some languages not even having a word for dementia that people recognise and use.

‘People are seen as either sane or insane, healthy or unhealthy, but this is a grey area,’ she says.

‘It’s such a difficult condition because you can’t see it. In a photo, Dad looks fine. But there needs to be more awareness of how destructive dementia is.

‘There’s an element of ignorance among the South Asian community. With an increase in dementia, there needs to be a platform for the Asian community to have an honest discussion about this.’

Nimisha started a blog about her experiences of dementia. After sharing it with Alzheimer’s Society, she and her sister Namrata took on a public role in our Fix Dementia Care campaign.

Last autumn, they joined Society Ambassadors at 10 Downing Street to present an open letter, signed by more than 100,000 people, calling on the Prime Minister to fix the social care crisis.

Later that day, the sisters appeared live on Channel 5 news to discuss the campaign and their family’s story.

‘It was a surreal day, but it shows that one voice can make such a difference,’ says Nimisha.

‘I felt grateful and blessed to be that voice and speak up for those who need support, and hopefully make a change. I think if Dad knew, he’d be so proud.’

Indeed, much of Nimisha’s inspiration for sharing her story publicly comes from her father.

‘Dad always encouraged us to stand up for what’s right – that’s the kind of person he was,’ she says. ‘I think it’s important to come forward to broadcast and amplify the message, because dementia hasn’t had that platform.

‘I just hope that we’re doing something right by my father and his legacy.’