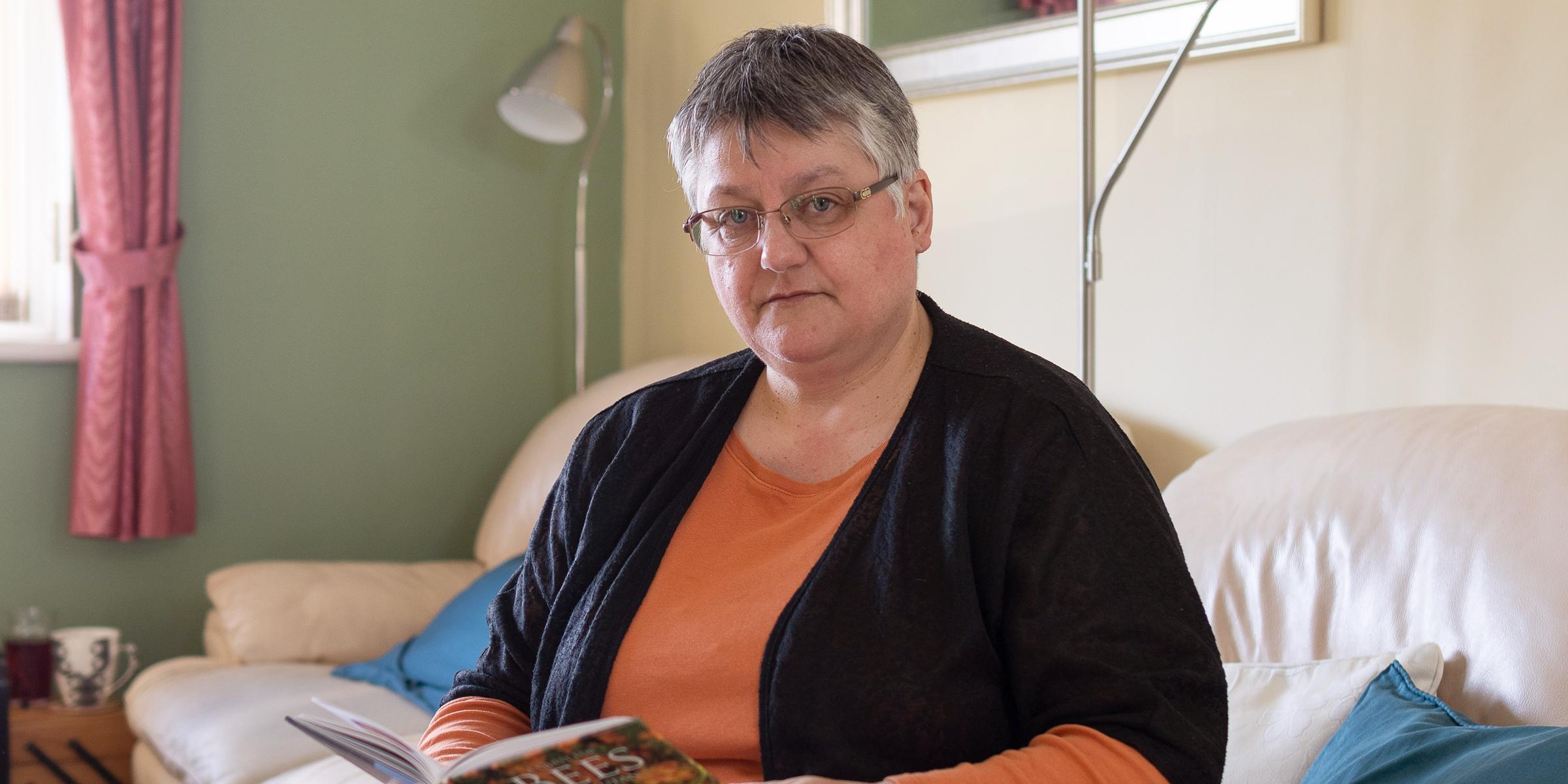 Bridget Simmonds has felt let down by many people while supporting her parents.

As the only child of parents who both have dementia, Bridget Simmonds feels the strain of supporting them amid some very challenging circumstances.

‘There are times I just scream and stomp my feet like a five-year-old,’ says Bridget, who lives in Chatham, Kent. ‘I’ve got no idea what the neighbours must think!’

A lack of support from local services and some family members has only added to feelings of isolation, frustration and upset.

‘We feel we’ve been abandoned,’ says Bridget, who wants everyone affected by dementia to get the support they need.

Bridget’s mum, who is 82, was diagnosed with vascular dementia around seven years ago.

A passionate gardener, her mum is a former shop and farm worker who also held secretarial roles. In her 50s, she had transient ischaemic attacks (TIAs) – also known as mini strokes – as well as some more serious strokes, which can be associated with vascular dementia. Prior to her diagnosis, she had been experiencing memory problems.

‘Mum used to be the life and soul of the party. If there was mischief, she was in it,’ says Bridget.

‘She was forgetting things. She felt something wasn’t right,’ says Bridget, a part-time administration assistant, who previously worked in the legal profession for over 30 years.

There have been changes to her mum’s personality and level of independence.

‘Mum used to be the life and soul of the party. If there was mischief, she was in it,’ says Bridget. ‘She’s still able to do things and is still in charge at home but, apart from going into the local village for shopping, she isn’t able to go out alone.’

Bridget’s 84-year old dad, the youngest and last surviving of 11 siblings, worked for the Post Office for 44 years, retiring aged 60 as a transport manager. He was diagnosed with Alzheimer’s in February 2019 and he also wears hearing aids.

‘It was Mum who noticed changes in Dad,’ says Bridget. ‘I’d just thought it was his deafness and not knowing how to cope with having to think for himself at home.’

Bridget’s dad still volunteers at the local hospital, but he agreed to stop driving last year after becoming flustered in unfamiliar areas.

‘Dad knows what’s going on and gets very upset because he can’t do what he used to,’ says Bridget.

‘They can laugh about some things to a certain extent, but they aren’t the people that they were and that’s very hard.’ 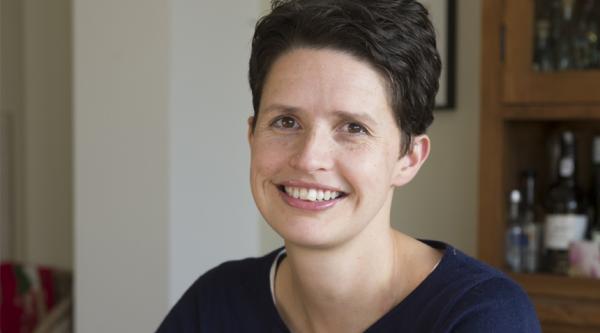 Bridget lives with her partner about 45 minutes from her parents. She provides her mum and dad with regular support, including a weekly shopping trip, though they’re keen to retain their independence as far as possible. Bridget also takes them out during the week for healthcare appointments, such as to the doctors, dentist or hospital.

‘I suppose I am a carer in a way, but they don’t like relying on me, so I try and let them sort out their own problems,’ she says. ‘I have power of attorney as a safety net, but I say to them, “I’m not taking anything away from you.”’

There have still been plenty of times when Bridget has needed to step in, particularly with healthcare.

‘I’ve had to do a lot of shouting at the surgery to get things in place,’ she says. ‘I spend most of my life fighting to get things done. There are times when you don’t feel like doing it, but you have to.’

Bridget’s parents recently reached their 62nd wedding anniversary, but she also finds herself supporting their relationship with each other.

‘Mum gets frustrated at Dad. His deafness – or sometimes selective hearing – makes things very difficult. It causes stress and strain,’ she says. ‘They just wind each other up! It’s difficult for me trying to balance them on my own.’

Bridget and her parents feel let down by a lack of support from local services.

‘There are so many people who promise to stay in touch but don’t,’ she says. ‘A hospice came to see us last year about Mum going to one of their groups, but these days she can’t just walk into a room of people she doesn’t know. They were going to come back to us about it but haven’t.’

They have also faced a lack of understanding from certain relatives.

‘When Mum was first diagnosed, some of her family told her, “You’re going doolally,”’ says Bridget. ‘It’s almost like they don’t want to know us or think they’ll catch the dementia.’

Bridget can sometimes feel lonely and isolated, but she’s grateful for some very supportive friends.

‘It’s not easy but you’ve just got to do the best you can,’ she says. ‘Thankfully I know people with experience of dementia who I can bounce things off.’

Bridget was concerned when her mum’s GP admitted that she didn’t know enough about vascular dementia.

This is one of the reasons the family has been taking part in Time for Dementia, a programme supported by Alzheimer’s Society. Through this, healthcare students in the south east of England visit people affected by dementia to better understand the reality of the condition.

‘I’ve told our MP it should be rolled out across the country,’ says Bridget. ‘Show medical people what it’s like to live with dementia day to day and they’ll give better care.’

Both parents have their own This is me document, which records details about a person’s background and preferences.

Our information resources have also been a good source of advice and support.

‘I read the publications and think, “That will be useful,” or, “I hadn’t thought about that,”’ she says.

Both parents have their own This is me document, which records details about a person’s background and preferences. If they go into hospital or receive some other form of professional care, but are having difficulty communicating, staff can use the information to understand and support them.

Help us provide reliable and useful information for people affected by dementia.

Bridget wants people like her parents to get the respect they deserve within their communities.

‘Sometimes people talk to me instead of Mum, as if she’s not there, which infuriates her,’ she says. ‘Mum is perfectly capable of having her say, she just might need a bit of time.

‘These are still people with feelings, maybe even heightened feelings, so don’t ignore them or cut them off.’

‘By talking about it, you’re getting it out there and getting others to talk about it,’ says Bridget.

Before sharing their story, Bridget was sure to check with her parents, who back her desire to improve awareness.

‘We want others to know that dementia is a problem in society that’s got to be addressed,’ she says. ‘You’re making people more aware of what dementia is and that there are so many types.

‘By talking about it, you’re getting it out there and getting others to talk about it.’

Taking part in research, Relationships and Family, Support for carers
Back to top

So consumed with lock down, working and 2 parents with bad health and dad with dementia. He is getting so aggressive and frustrated feel totally out of my depth. Social care, carers and family totally leave everything to me. No support at all and the longer this goes on the worse it will become. Who cares for the carers!!

I'm really sorry to hear you've been having such a difficult time.

Please know that we're here for you, and you can call our Dementia Connect support line on 0333 150 3456. A trained dementia adviser can listen to you and give ideas, advice and support. You can read more about the support line (including opening hours) here: https://www.alzheimers.org.uk/get-support/national-dementia-helpline

Hope this is helpful, Vicky.

Get no support of social servies or dementia team

Hi Katie,
We are very sorry to learn you've received such little support. Sadly there are other people that feel let down, like you.
We would strongly recommend calling one of dementia advisers for information, advice and support. Please call our Dementia Connect support line on 0333 150 3456. (More information on opening times: https://www.alzheimers.org.uk/get-support/dementia-connect-support-line)
Wishing you all the best, Katie.
-
Alzheimer's Society digital team