Despite having an inherited form of dementia that has seen three relatives die young, Victoria Huntley is determined to project a positive message. 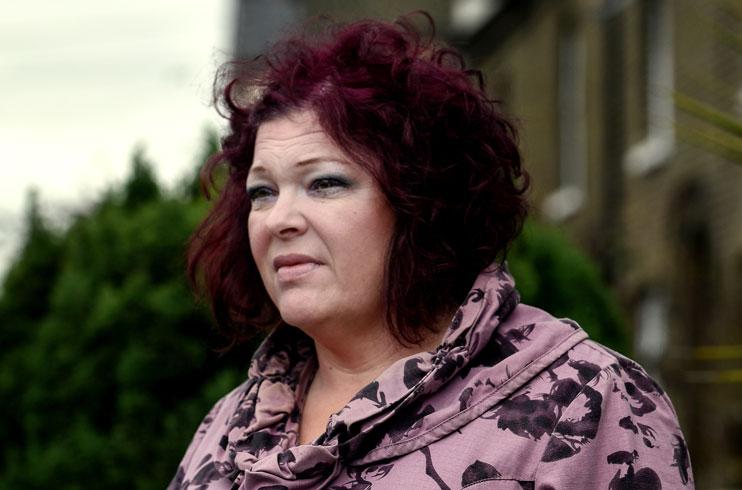 Despite being only 48 years old, Victoria Huntley has dementia. She has known about her condition for the past 12 years, even before experiencing any symptoms. That's because she has early-onset familial Alzheimer's, a rare form of the disease, which she now realises has affected her family for at least four generations.

Victoria's great-grandmother died aged 36 and her grandad only lived to 42. Her late mother also had the condition, and Victoria saw its effects first-hand.

'When I was 19 my Mum was not her normal self,' she says. 'It was small things – she would go to make a cup of tea, then completely forget about it. As time went on, she got worse. We thought it was cancer or something like that.'

Once the family made the connection to previous generations, they also began to realise what this might mean for Victoria and her three siblings.

'I've always said that I never want to die how my Mum died. That's why I chose to have the genetic test,' says Victoria.

Victoria's 43-year old brother also has Alzheimer's disease and uses a wheelchair. One of their sisters has confirmed that she doesn't have the genetic mutation that causes this form of Alzheimer's, but their other sister doesn't want to know and so hasn't been tested.

'It helped me, seeing Mum from the start until the end,' says Victoria. 'I've always said that I never want to die how my Mum died. That's why I chose to have the genetic test.'

Victoria was tested at age 36, years before there were any obvious signs that she might have dementia.

However, Victoria now describes the test as a source of relief. Her husband, Martin, says that not knowing whether she had the particular gene was causing her a great deal of stress.

'I think people are quite frightened to even have a gene test. If they do have it, are they better off knowing?' says Victoria. 'I wouldn't want to pressure anyone to have a test because getting tested is something extremely personal, but I'm happy to share my positive way of dealing with it.'

Victoria and Martin have two grown-up children as well as two young grandchildren.

'At this moment, I wouldn't recommend the gene test to my children,' she says. 'I wouldn't want them to find out until they've had a bit more life themselves.'

How do your genes affect your likelihood of developing dementia? It's complicated and there's a lot we still don't know. Variations within more than 20 known genes may increase your risk. Usually this increased risk may be offset or reduced by your lifestyle or by chance.

Familial Alzheimer's disease is different. It's a very rare form of Alzheimer's where, if you inherit a mutation in one of three specific genes, it means that you will almost certainly develop the disease. People with these particular genetic mutations also tend to develop Alzheimer's at a younger age – in their 30s, 40s or 50s. If someone is known to carry one of these mutations, their family members may consider a genetic test to see if they have inherited it and whether they might pass it on. 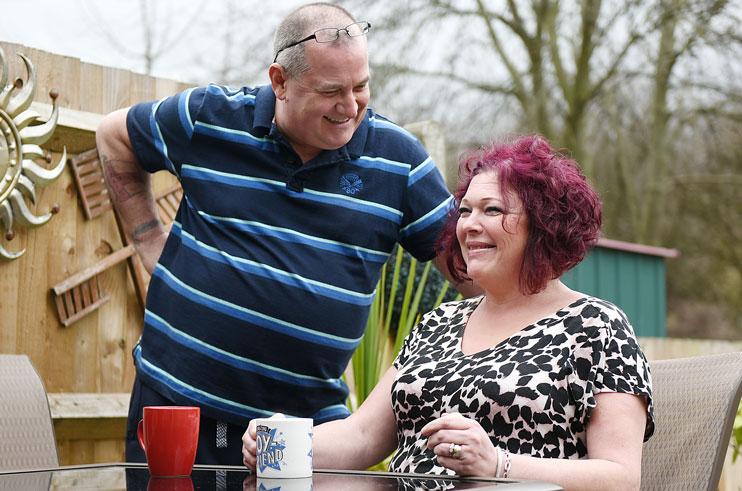 The couple first noticed symptoms of dementia in Victoria's early 40s. She is now increasingly forgetful, and sometimes finds it difficult to manage her anger, especially when there's a lot going on at home.

'I'm constantly looking for things but I'm not even sure what I'm looking for,' she says. 'I'm getting more angry – I swear a lot and go mad. My daughter comes down with the grandkids but after an hour I start getting angry.'

In her working life, Victoria supported adults with learning difficulties, including as a live-in carer and in a college's autism unit.

'I've always worked in care – that's in my nature. It's a good feeling,' she says. Victoria gave up work due to arthritis in her knees, though her dementia also played a part.

'I tried to hide it from certain people,' she admits. 'I messed up an old lady's medication – that really upset me. I thought, "Right, now is the time to give it up." I would hate for something to have happened.

'In my head, I feel I can still go out to work and come home, but actually doing it is completely different.'

Victoria married Martin about 10 years ago and she clearly appreciates his support.

'Martin is my life-saver,' she says. 'When I think about all the older people who have dementia – they might not have family around them. I feel lucky to have him, children and grandkids.'

Martin works full time, and Victoria is often on her own during the day.

'It can be lonely but I don't want to get into the habit of not going out,' she says.

'There are times when I'm out and feel very vulnerable. I can't work out money, like how much change I should get. Martin has the bank card so I don't have to think about it.

'I just feel so unsafe. I've got a London taxi card so I just order a black cab because I know it's going to be safe.'

Following a bad experience at a local bank, Victoria now wears a homemade badge so that people know she has dementia.

'The woman working there was really horrible, really impatient. I came out crying – I just felt humiliated,' she says. 'That really upset me.'

Martin says the couple accept that they aren't going to be together in old age, forcing them to condense the next 40 years into a much shorter period. This has meant regular holidays and what Victoria describes as a 'live for now' attitude.

'I would encourage people to live their lives every single day,' says Victoria.

The value of this approach was underlined for the couple by the death of a friend who also had early-onset dementia.

'That had quite an effect on me,' says Victoria.

'I would encourage people to live their lives every single day.' 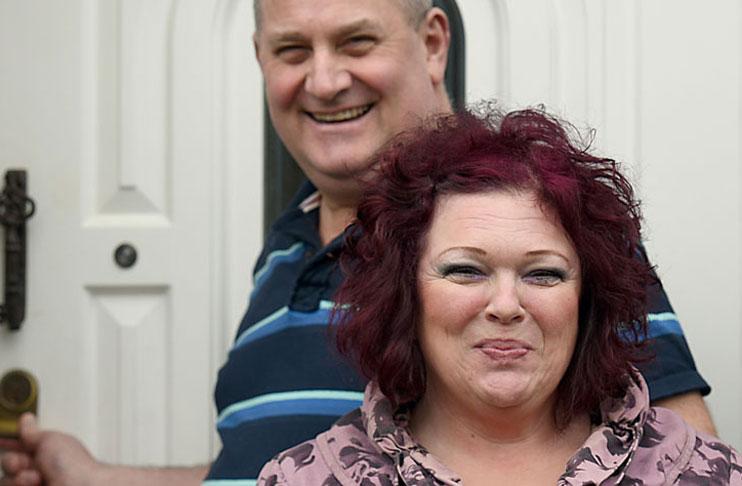 So does Victoria worry about the future?

'What for?' she laughs, pulling up her sleeve to reveal a tattoo that reads, 'Alzheimer's can kiss my arse.'

Victoria refuses to dwell on the people who she believes haven't kept in touch as a result of her dementia.

'Yes, that has happened. But I think, "Well, they couldn't have been a good friend in the first place." Put it this way, I haven't missed any of them!'

Victoria has made new friends through dementia cafés, despite initially thinking these wouldn't be for her and Martin. She now not only attends the cafés but volunteers at them too.

Victoria and Martin have raised funds, appeared in awareness-raising videos and volunteered for dementia research. However, she recognises that embracing dementia in this way may not be for everyone.

'When you speak about dementia, it can sound quite scary, especially when you read it in the papers. I think you have to make your own mind up as to what you want to do,' she says.

Victoria feels that the impact of dementia on younger people isn't portrayed extensively enough in the media. By sharing her story, she hopes she can raise awareness.

Asked how she would support others in a similar situation to her, she says, 'I would like to buy them a cup of tea, sit with them and tell them about my experience.

'Hopefully with me being happy and caring, they could walk away feeling a bit more encouraged.'