Having faced both HIV and dementia alone, Patrick Ettenes doesn't want others to do the same. Gareth Bracken meets a man focusing attention onto a neglected area. 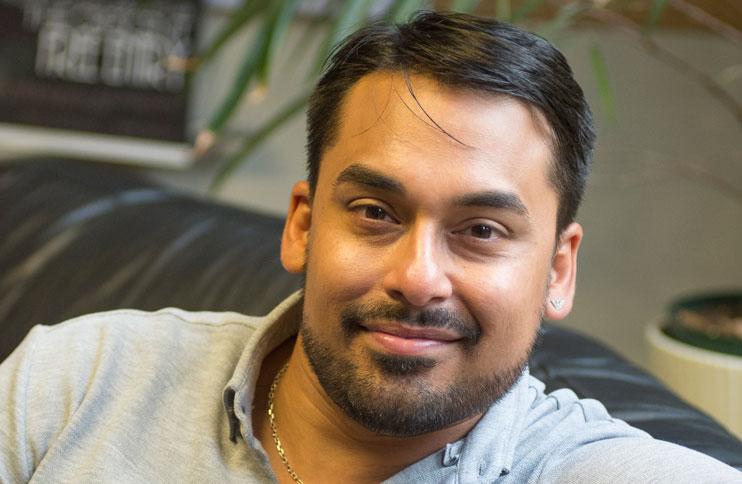 At 33 years, Patrick Ettenes has already been through more than many people ever do.

Patrick, a gay man living in Manchester, is originally from Barbados but came to England to escape prejudice and discrimination.

Early last year he was diagnosed with frontal lobe atrophy. It was the latest chapter in a story that began more than 12 years ago.

It was back then that he found out his partner at the time was carrying HIV.

Patrick recalls, 'He told me he was positive and I asked, "Why didn't you tell me?" He said, "I thought you knew!"'

HIV weakens the immune system, making it harder for the body to fight infections and disease.

'My partner said he'd support me, but I woke up one morning and he was gone. I never saw him again,' says Patrick.

Patrick decided to get himself tested, and his partner promised to stand by him.

'He said he'd support me, but I woke up one morning and he was gone. I never saw him again.'

The test found that Patrick was HIV positive. Three years later, he discovered that his former partner had taken his own life after learning the news.

In the meantime, Patrick had dealt with his diagnosis by telling all his friends about it.

'I wanted to be seen as myself,' he says, adding that he 'ignored' the virus for years.

However, every August he would 'fall apart' on the anniversary of his diagnosis.

One of these times, a binge on cocaine forced him to recognise that he hadn't come to grips with his HIV status.

'I realised that I hadn't dealt with it, and it all made sense,' he says.

In an attempt to better deal with his situation, Patrick went online and began asking 'a lot of questions' of other gay men. 'I was basically interviewing people,' he says.

He then got the chance to write articles about his experiences for the magazine of the LGBT Foundation, a Manchester-based charity providing a range of services to lesbian, gay, bisexual and trans (LGBT) communities.

'People didn't want to be told how to live their life, but my writing resonated with people. I learned that I had a knack for expressing myself. I was a normal guy who they could relate to.'

Patrick now writes for many publications and websites, including his own blog. He sees his articles as turning negatives into positives.

'I didn't have a knight in shining armour. I had to deal with stigma and rejection,' he says.

'My writing is my gift to help others, so they don't have to go through what I did.' 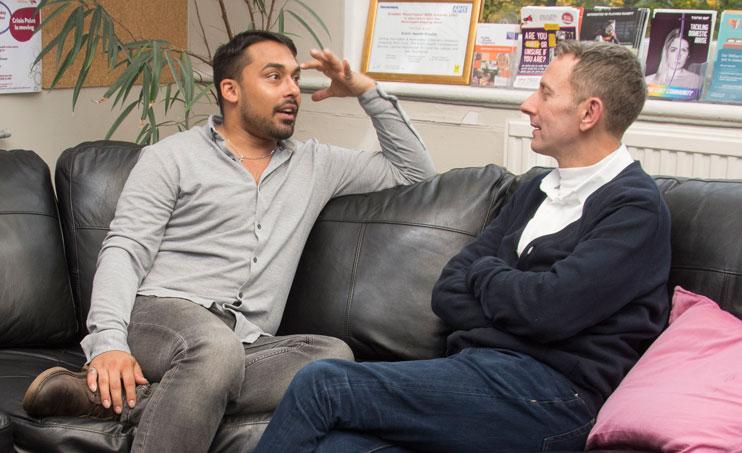 That was far from the end of Patrick's story, however. He was later in an abusive relationship for a couple of years and he experienced a breakdown. He then had to endure the suicide of another partner and a period of homelessness.

'I was forgetting stuff, it wasn't normal,' he says.

Patrick believes he was also experiencing some form of paranoia or schizophrenia.

'I had three voices in my head, they were so loud.'

He went for a brain scan, and the voices expressed his fears about what the results would show.

'One voice told me I had brain damage and to stop any substance abuse,' he says.

While waiting for the scan results in July 2015, Patrick had three strokes and was sent to a stroke clinic.

After further scans, he got a call from the hospital in January 2016.

'The doctor told me I had frontal lobe atrophy and that he had never seen so much brain wastage.'

'My partner broke up with me as a result of it, so I had no support. I cried a lot,' he says.

Difficulties with memory, thinking and reasoning are common with HIV, but they are usually mild. Around 2 per cent of people with advanced HIV infection develop dementia.

Patrick was confused when an HIV specialist told him that he was too young to have dementia, and that his condition wasn't HIV related.

'That made me frustrated and angry,' he says.

'He ignored my questions. I think he was trying to not have to deal with it. That's really horrible.'

A neuropsychologist later reaffirmed that Patrick's dementia was indeed related to his HIV, although this diagnosis didn't prove to be as conclusive as first hoped.

'I read around lots but couldn't find very much on it,' says Patrick.

'I feel lost, I am lost – there's no one to ask. It's scary sometimes,' says Patrick.

'I questioned my own existence. I didn't know what my life expectancy was.

'I'm forgetting things more and more. I don't write down the same sentence as is in my head. I get disoriented when walking. I also don't remember my family when I go back to Barbados.

'I feel lost, I am lost – there's no one to ask. It's scary sometimes.

'People see someone who looks normal and so don't understand my behaviour. They don't always take me seriously.

'I'm sad about it. I feel like a mutant. It's another ailment on top of HIV.

'I don't know my life expectancy but I would like to find out. Time is precious – I don't want to live in denial or fear. If I was dropping dead in a year, I would want to know.'

To complicate matters, Patrick has since been told that his dementia may not be HIV related after all. He is due to have more tests as he continues his search for answers. 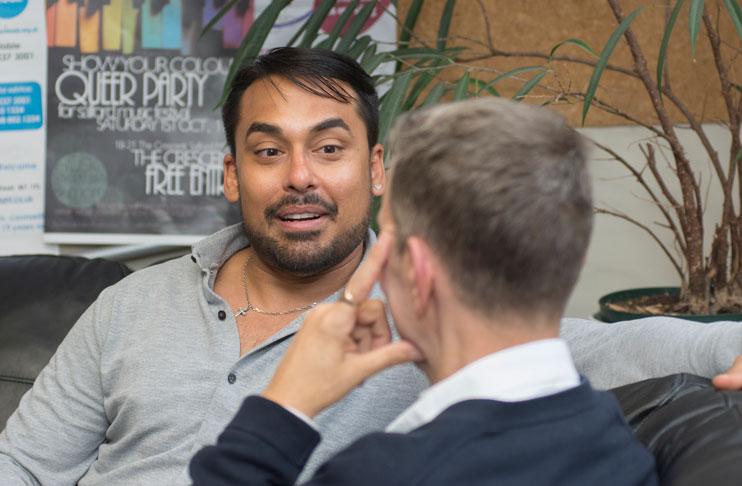 Patrick reacted to his dementia diagnosis in much the same way as he did when told he had HIV – he resolved to support others in the same situation. Even if his dementia turns out not to be HIV related he has vowed to continue raising awareness.

Patrick fears that people with HIV-associated dementia are often not diagnosed and supported.

'I know the NHS is stretched but people need to be listened to,' he says.

'I feel sorry for people who don't have support or can't ask questions – I get angry.

'I'm trying to set up my own support group,' he says. 'I had to look for my own support, so I want to help other LGBT people who have dementia.

'Even if I feel lost myself, I try to get some light on a dark and hidden subject.'

Patrick has also incorporated his experiences of dementia into his writing.

'Issues need to be discussed so people can learn,' he says. 'I hope that through being open and honest about myself, someone else won't have to go through these things alone.

'My hardest part is suffering alone – I wouldn't want that for someone else.'

Patrick says he has to stay positive. 'If I didn't, I wouldn't be here right now.'

No matter how bad things get, he is determined to turn his situation into an opportunity.

'If I don't try and do something with my pain and suffering, what's the point of it?' he says.

'Maybe this is my calling – to bring light to this condition. I don't know – but I won't know unless I try.'