Gareth Bracken from Dementia Together magazine reports on communities coming together to help people to remain involved.

Even with the best efforts of relatives and staff, living in a care home can be daunting for people with dementia, who may feel more cut off from the outside world. That's why local communities in West and North Yorkshire have come together to form the Airedale Social Movement, committed to finding ways to help keep people in care homes involved and active.

'We're keen to ensure that people with dementia who are living in homes are not excluded from their communities,' says Joanne Volpe, who manages the programme for Alzheimer's Society in partnership with the local NHS.

'My ethos is to enable individuals living with dementia to have the best quality of life possible, and the project fitted well with what I was aiming to achieve,' says the home's manager Vicky Thompson.

The Airedale movement reflects the wider dementia movement, which increasing numbers of people are joining to fight dementia and provide more understanding and support.

'It fits in very well with Alzheimer's Society's other work,' explains Joanne. 'It builds on the energy of Dementia Friends and dementia-friendly communities.

'The project began with Joanne and her team visiting the care homes to talk to residents and staff about how to improve life for people living there.

They also identified key community groups and figures, from sewing and bowls clubs to schools, scouts and a GP, who then met people living in care homes and made commitments about how they could help.

Rod Tickner's wife Mary, 62, was diagnosed with Alzheimer's in November 2012 and has lived at Regency Court since May 2014. She was involved in one of the early Airedale Social Movement events there, when members of the local community visited the home.

'From her smiles and body language she appeared to enjoy the stimulation of activities and being around people with things happening,' says Rod.

A group of Regency Court residents have also met with students from a local school, who are now planning to improve the home's garden.

'If you can go and help some of the people, how can you say no?' says Mary.

'Residents have spoken about the positivity of giving the schoolchildren a focus and an opportunity to spend time with older people,' says Vicky.

Another early success has been the involvement of a local bowls club member. Mary Rushton has been visiting Milton House care home every week to lead games of boccia, a form of indoor bowls.

'If you can go and help some of the people, how can you say no?' says Mary. 'It's something I can do – what's an hour a week?

'They love it, they get right competitive!'

Mary says it was actually one of the home's former residents who taught her to play bowls in the first place. 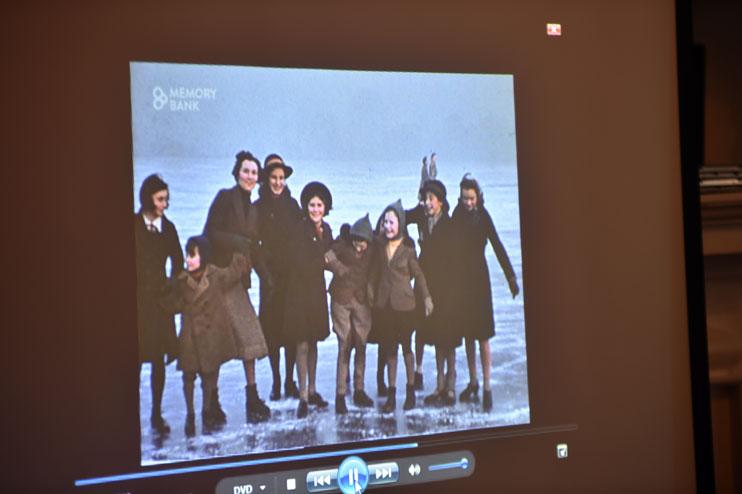 Brian Percival, who leads the sessions, says, 'When it comes to social events and entertainment, care homes are sometimes overlooked. It is important to us that social welfare includes residents in care homes.'

As well as keeping residents involved, Vicky hopes the movement will also have a wider impact on how dementia is perceived.

'I believe that by bringing the community into care homes and enabling others to have an input into residents' lives, the stigma regarding both people with dementia and care homes may begin to diminish,' she says.

Although Rod wishes the project had been around a few years earlier when it could have had a greater impact for his wife, he sees the benefits from a carer's perspective.

'It is a useful development and overall I am positive about it,' he says. 'It is creating opportunities for many and challenging those who react to any suggestions in a negative way, such as “tried before and did not work”, “too difficult” or “too expensive”.

'I can see that, for many, the greater the stimulation and engagement, the better it is in terms of giving a more satisfying life which still has value and worth for the individual.'

'We've got volunteers involved and going in, so we want to make sure that continues and we get a buzz of activity,' says Joanne.

Now Joanne wants to 'broaden and deepen' the project.

'We've got volunteers involved and going in, so we want to make sure that continues and we get a buzz of activity,' she says.

The Airedale Social Movement is growing bigger and stronger, and the more links it can make between people with dementia in care homes and the wider community, the more they will be able to achieve together.

Care homes
Back to top