When her mother died at the height of the coronavirus pandemic, Catherine Iremonger couldn’t say a proper goodbye.

The coronavirus pandemic has had a particularly severe impact on people with dementia. Many have died with COVID-19 – the illness caused by the virus – while for others, isolation and restricted options has meant their condition has deteriorated.

Catherine Ire-monger and her family have experienced all of this and more. Her mother Toni, who had dementia, died in April, having deteriorated rapidly in the weeks previously.

‘Lockdown hit Mum fast and hard,’ says Catherine. ‘We didn’t get a goodbye, which was really upsetting.’

Looking for joy: A carer for whom the future is scary, but whose smile is real 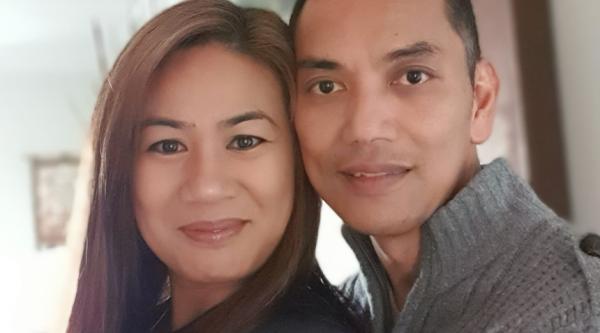 Real stories
Michelle Macadangdang says that nothing prepared her for dealing with her husband’s dementia.
14

Catherine’s mum was called Carol but went by her middle name, Toni.

‘Mum was amazing – the kindest and gentlest,’ says Catherine, who lives in Shirebrook in Derbyshire. ‘She never had an argument or raised her voice.’

Toni grappled with schizophrenia for decades, but she liked travelling and enjoyed holidaying in Europe with friends when she could.

A few years ago, she started having problems with her memory.

‘She was repeating herself and kept forgetting things,’ says Catherine. ‘I thought it was nothing at first, but Dad, who lived with her, was worried.

‘Mum was aware of it but never seemed to get upset about it. Mid-sentence, it would just go, and she’d almost laugh it off.’

Toni was diagnosed with dementia around a year later, aged 69.

‘She laughed when the doctor asked how her memory was,’ says Catherine. ‘She replied, “I haven’t got a memory!”’

Toni’s mental health challenges sometimes made it difficult to pinpoint her dementia symptoms.

‘She used to think that she could see a family stood in the garden, or a baby come into the home, but we didn’t know if it was the dementia or the schizophrenia, or both,’ says Catherine. ‘She went missing while hunting for the “baby” and we had to get the police involved.

‘For six months she was getting dressed and ringing taxis to go to work, even though she hadn’t worked for years.’

Catherine works 65 hours a week, as a catering supervisor in one school and a cleaner in two others, meaning her father took on most of Toni’s care.

‘I told him to get respite and support was suggested all the time by Mum’s mental health nurse, but he refused,’ says Catherine. ‘He’s a very proud man and was saying, “I’ll keep looking after her until I can’t.”’

Living with dementia at any time brings everyday challenges for the person and those around them. Coronavirus is making daily life much harder. You may feel anxious, scared or lonely. But you are not alone – help is available.

‘She had been quite stable – you could still have a conversation, but she’d just forget,’ says Catherine. ‘But she began to get worse just before lockdown and then went downhill drastically. Dad was really struggling.’

Because of coronavirus restrictions, Catherine wasn’t allowed to visit Toni on Mother’s Day.

‘I waved through a window, but she was confused and frustrated that I couldn’t come in,’ says Catherine. ‘She kept forgetting why I couldn’t visit and couldn’t understand what was going on. It was traumatising for her and upsetting for us.’

As the pandemic continued, Toni’s health took a further downturn.

‘Mum would have a couple of cans of beer every night, and Dad thought it was unusual when she didn’t have them one night,’ says Catherine. ‘Then she stopped eating, and the day after that was barely getting out of bed.’

The family couldn’t get a doctor out to visit but managed to get Toni some nutritional drinks from the chemist. However, the following day her husband found her not moving on the bed and called an ambulance. There were problems with Toni’s breathing and she was taken to hospital, where she was diagnosed with COVID-19.

‘They said she was coming to the end of her life, and that we could visit because she had schizophrenia and was very confused and agitated,’ says Catherine.

‘Dad chose to go, and I spoke to her on the phone, as I was terrified of getting the virus and passing it onto my sons. I felt really guilty for not visiting.’

Toni died in hospital on 14 April, aged 71, without her family there. There was no funeral service.

As a result of the pandemic and her mum’s death, Catherine developed an adjustment disorder – where a person has difficulty coping with one or more significant and stressful events or life changes.

‘I had severe anxiety about going outdoors and being around people,’ she says.

Although she still isn’t going out as normal, Catherine has found that cycling really helps.

‘When walking, I get anxious if I see people near me, but on my bike it’s amazing. It’s given me more confidence to be around people,’ she says. ‘It’s been my escape and has really helped me get through these months.’

Want to do some feel-good fundraising during lockdown? Have fun, stay safe and make it matter!

Because Toni didn’t get the send-off she deserved, Catherine decided to take on a fundraising challenge in her mum’s memory. Having seen Alzheimer’s Society’s Cycle for Dementia advertised on Facebook, she signed up.

‘I wanted to show my love and support for Mum, and help others,’ she says. ‘I know that other people are losing loved ones who have coronavirus and dementia.

‘I hit rock bottom and felt so lost and helpless that I just wanted to do something to help, and to show people that they can still do something.’

Catherine cycled 511 miles throughout Derbyshire and Nottinghamshire, raising over £1,000 for the Society.

‘I travel to work on a bike, but it wasn’t really a hobby! I’d never really gone far before,’ she says.

‘I was still working, so it was difficult to fit it around my jobs, but it was very enjoyable – and exhausting!

Catherine is planning more fundraising, this time through Memory Walk.

‘I’m thinking up some routes to clock up some miles,’ she says. ‘After all the cycling, people will be expecting a big one!’

Coronavirus is having a devastating impact on people affected by dementia, but your support can help.

More from Dementia together magazine: Oct/Nov 20:

Fundraising, Coronavirus (COVID-19), Grief and Loss
Back to top