From the Spring 2017 issue of Care and Cure magazine, Isabel Castanho, a second-year PhD student at the University of Exeter Medical School explains how her research focuses on a gap in our understanding of how genes contribute to Alzheimer’s disease.

To find new treatments that can slow or stop Alzheimer’s disease, we need to know more about the underlying mechanisms that cause the disease to start and to progress over time. My research aims to help understand changes in how our genes are interpreted as the changes in the brain associated with Alzheimer’s progress.

Scientists have already learnt a lot by studying the brains of people who have died with Alzheimer’s disease and donated their brain for research. For example, we know that Alzheimer’s is characterised by two proteins called amyloid and tau, which build up to form plaques and tangles in the brain. However, this type of study is only possible after the person has died, which means it is hard to understand the very early stages and changes over time by studying human brains alone.

Research involving animals that show characteristics of Alzheimer’s disease can establish new approaches for diagnosis and treatment. Animal research is tightly regulated in the UK, and only allowed when there isn’t an alternative method, but using animal models makes it possible to study how detailed mechanisms of the brain change as Alzheimer’s progresses from early to later stages.

In my research as part of the Complex Disease Epigenetics Group, I am using mouse models of Alzheimer’s to understand the changes in brain cells associated with the disease’s progression. Our genes are important for these processes, but there is more to genetics than our DNA. I study epigenetics and gene regulation – how, when and where in the body our genes are turned on and off. I am studying this in the mouse brain, using mice that develop amyloid plaques and mice that have tau tangles in their brains.

Discovering how different genes are activated and deactivated at different stages is an important part of understanding the disease’s mechanisms in detail. This could provide evidence that is important to designing better treatments. The end goal of my research is to help delay and reduce the consequences of Alzheimer’s disease for people and their families.

In order to get there, we need to make new discoveries in mice, and check whether they translate to humans. As part of my PhD, I will take the specific changes that I find in mouse brains and see whether they translate to the extensive data from human brains available in our research group. Combining findings from mice and humans in this way will help us to better understand Alzheimer’s disease.

I am very fortunate to be part of the Exeter Doctoral Training Centre, which is funded by Alzheimer’s Society with generous support from the Garfield Weston Foundation. We are all working towards improved diagnosis and treatment for people with dementia, and the fact that we come from different backgrounds and are working on different aspects is very beneficial. Our interaction, co-operation and regular discussion improves our research as a group and our growth as individual researchers.

It’s exciting to see how this unpicks the differences in risk of dementia for men and women and could contribute to our understanding of how our genes provide resilience to Alzheimer’s disease.
Research

A fresh START: reducing symptoms of depression and anxiety in carers 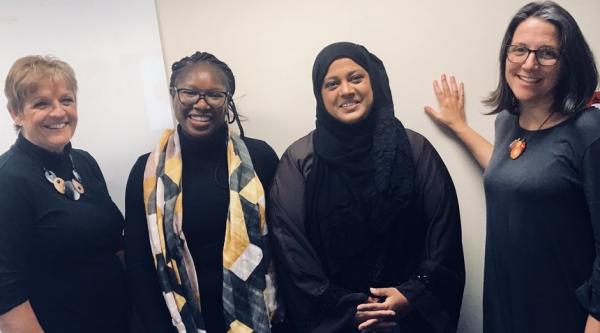 Research
Carers can face stress, anxiety and depression while caring for a relative with dementia. A new research project shows the value of specially designed psychological support for helping them to cope.
5
Research

Caregiving HOPE: a study into carers within different communities 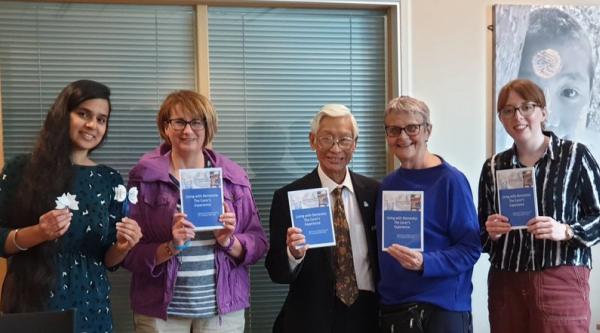 Research
Research Network volunteer Sandra Barker, who is also project monitor for Caregiving HOPE, describes how Network volunteers have been supporting research into caring for a person with dementia.
0
Research

Researching a sharper diagnosis for dementia with Lewy bodies 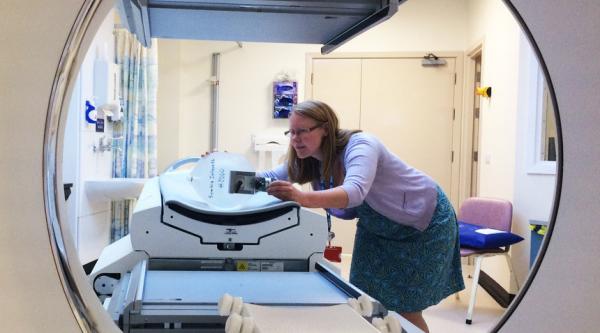