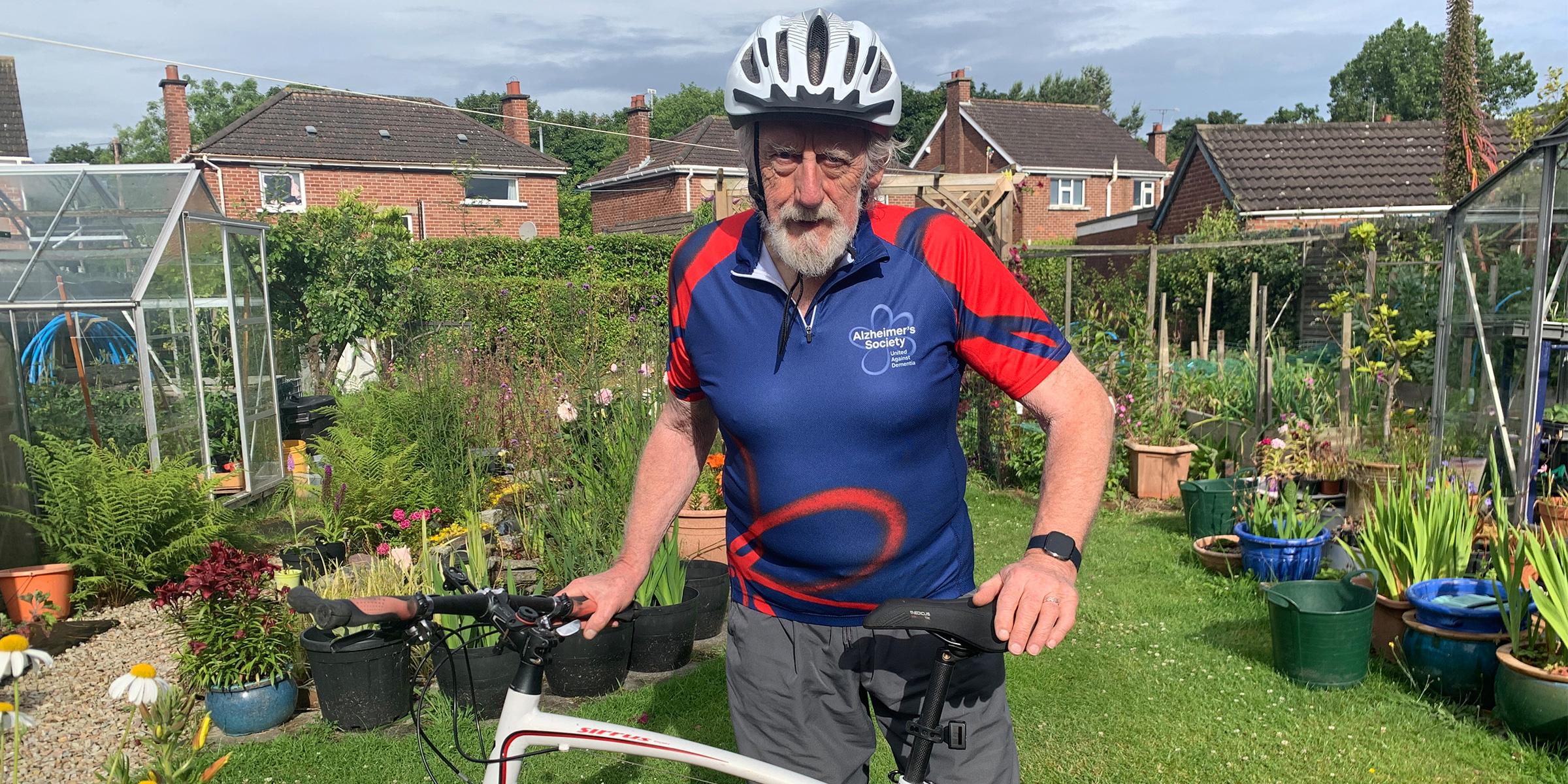 Peter Lyons in County Down shares how it felt to raise over £1,550 in a 101km cycle challenge.

The Bangor Coastal Challenge has been running for quite a number of years, but this June was the first time it’s run since the pandemic. There were about 300 entries.

It’s a 101km ride from Bangor to Portaferry and back around the Ards Peninsula, between the Irish Sea and Strangford Lough. We went down the coast side, with a bit of food and water at Portaferry, and then back up the other side.

I’d seen a crowd of people doing it before. It was an ambition of mine. I thought if I do it, I’ll do it for some good. Alzheimer’s Society helps many people, including people of my vintage and older.

I decided to raise money for them it because I think it’s a very worthwhile charity. Dementia affects everyone, and it is a big deal in my age group.

I’m 74 and I’ve cycled throughout my life, but it only became a serious hobby a few years ago.

I found it awkward getting out of the chair. I was 115kg – not light. I decided I’d do something about it. I had a bike I’d bought in about 1980-something. I started riding a bit more regularly, though it was tough at the start.

I’ve bought a more upmarket bike since then and I joined North Down Cycling Club two years ago. They organise the Bangor Coastal Challenge.

I had been practising for the challenge for a few months, and I got a kick out of doing it.

I was actually pleasantly surprised with how it went on the day. On the coastal road, you’re basically on the shore with the wind blowing. It was tough for maybe 20–30 minutes, but once in-shore it wasn’t too bad. I did it in less than 5.5 hours.

I enjoyed the finish. The course climbs a bit before going back down into Bangor, but I did it. The roar at the finish was fantastic, it still makes me feel a bit emotional. I’ve done a lot in my life – sailing, marathons, public speaking – but that knocked me off my feet a bit. I’m not used to that sort of adulation!

I have been blown away by all the support I received and would like to sincerely thank everyone who gave so generously to make this donation possible.

I would also like to say a special thank you to all the members of North Down Cycling Club who made this cycle possible and supported me every step of the way.

The fundraising total was over £1,550 and I never expected that much, I thought it was brilliant. I’d set a target of £300 but all the donors blew that out of the water.

Take on a cycling event for Alzheimer’s Society.

Fundraising, Northern Ireland, Exercise and Physical activities
Back to top