We visit a primary school in Liverpool that has truly embraced the dementia movement. 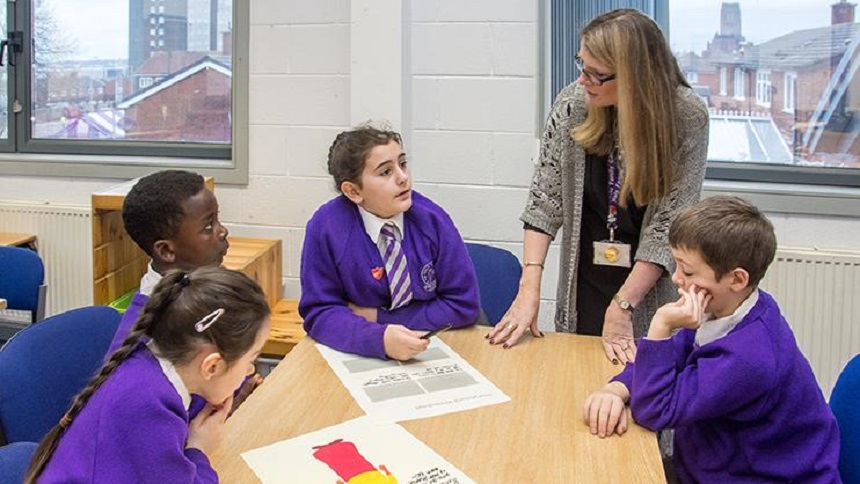 At Holy Family Catholic Primary School in Liverpool, pupils aged seven to 11 years have gathered for a special lesson on dementia. The school, which was the first in the UK to be working towards being dementia friendly, uses Alzheimer's Society resources to teach children about the condition.

Alzheimer’s Society is encouraging the next generation to become dementia friendly.

Today's lesson, led by teacher Jacquie Clein, makes use of an Alzheimer's Society animation called Memories with Grandma. This was designed to inform young people about dementia and explain how they can best support someone with the condition.

Jacquie begins by asking the class what they already know about dementia.

'It affects the brain,' answers one pupil.

'It can affect how you see things. You might think a rug is a black hole,' says another.

'People can forget things, like if you're in their family,' adds a third.

After going into more detail about the difference between short-term and long-term memory, Jacquie splits the children into groups to discuss the question further.

They write their ideas on large sheets of paper featuring a drawing of the Grandma character from the animation.

Everyone then comes to the front to watch Memories with Grandma.

The animation tells the story of a boy named Mo whose grandparent has developed dementia.

It explains what dementia is and what people can do to be supportive, while also highlighting that someone with the condition can still live well.

Some Holy Family pupils had actually given feedback on the animation's script and style while it was being developed, and are now seeing the outcome of their involvement.

At the end, the groups are asked to consider what might happen next, including how the family could support Grandma.

The pupils discuss ideas and present their thoughts back to the class.

'They could help if she is struggling with cooking by reading out recipes.'

'The disease doesn't define them as a person,' writes one of the children.

'She could go to groups to spend time with other people with dementia.'

'Her family can help by letting her live well with dementia.'

The children then return to their original Grandma worksheet and in a different colour write down anything new they had learned about dementia.

This includes, 'It's not all gloomy,' 'They're still human,' and, 'The disease doesn't define them as a person.'

By taking part, every pupil in the room can become a Dementia Friend, joining over 2 million others in the movement to change perceptions of dementia.

The school's involvement with Dementia Friends started after one of its teaching assistants, Graham, took early retirement to support his wife Gina, who had been diagnosed with dementia.

She also visited the school to speak about her experiences of dementia.

Jacquie says, 'Graham told me about Dementia Friends and I thought it would be fantastic for all of our children to be aware of it.'

Jacquie says that pupils were keen to give their feedback during the development of the Memories with Grandma animation.

'They were so passionate and cared so much,' she says.

Some even created and delivered a presentation to visiting teachers from other schools about becoming dementia friendly.

'They really do feel they've got a message they need to spread,' says Jacquie. 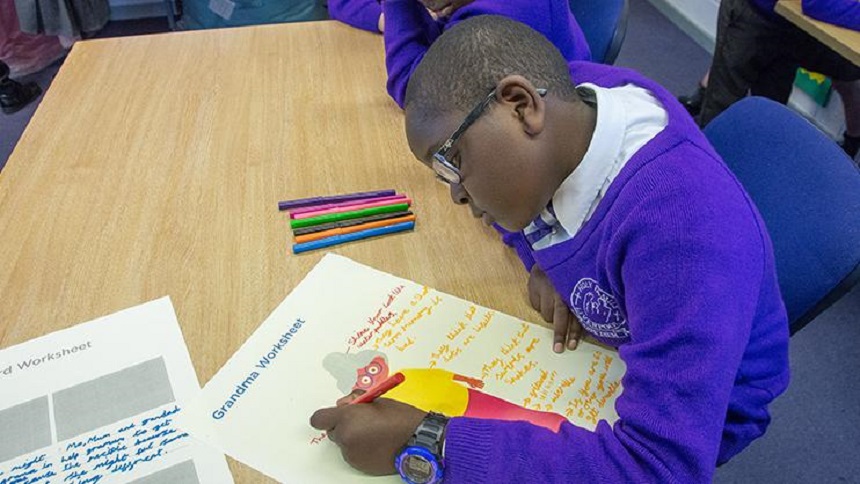 The children clearly value the opportunity to learn more about dementia.

'The lesson was very interesting and the animation was amazing,' says Rafael, 11.

Mohammed, 10, says the animation contains 'just the right amount of information for children to know'.

'Young people are beginning to know about dementia,' adds 10-year old Lottie. 'If anyone in your family gets dementia, you can help them.'

Milly, 10, has learned how to communicate with people who have dementia.

'You can talk to them to bring back memories from when they were little, like subjects they enjoyed at school,' she says.

'You can help the Year 2s learn about dementia, because they only know a bit of it', says 10-year old AJ.

The school also has an arrangement with Mersey Parks, a local care home, for pupils to visit their residents each week.

'Just because someone has dementia doesn't mean they aren't human,' says Lottie.

'We talk to them and ask them questions. Some of us sing to them,' says Lottie. 'They always like it.'

'You find out more things. They knew our school got bombed in the war,' says AJ.

Mohammed adds, 'It's another way to get educated.'

It's clear that the children have developed a positive understanding of dementia and how it affects people.

As Lottie puts it, 'Just because someone has dementia doesn't mean they aren't human.'