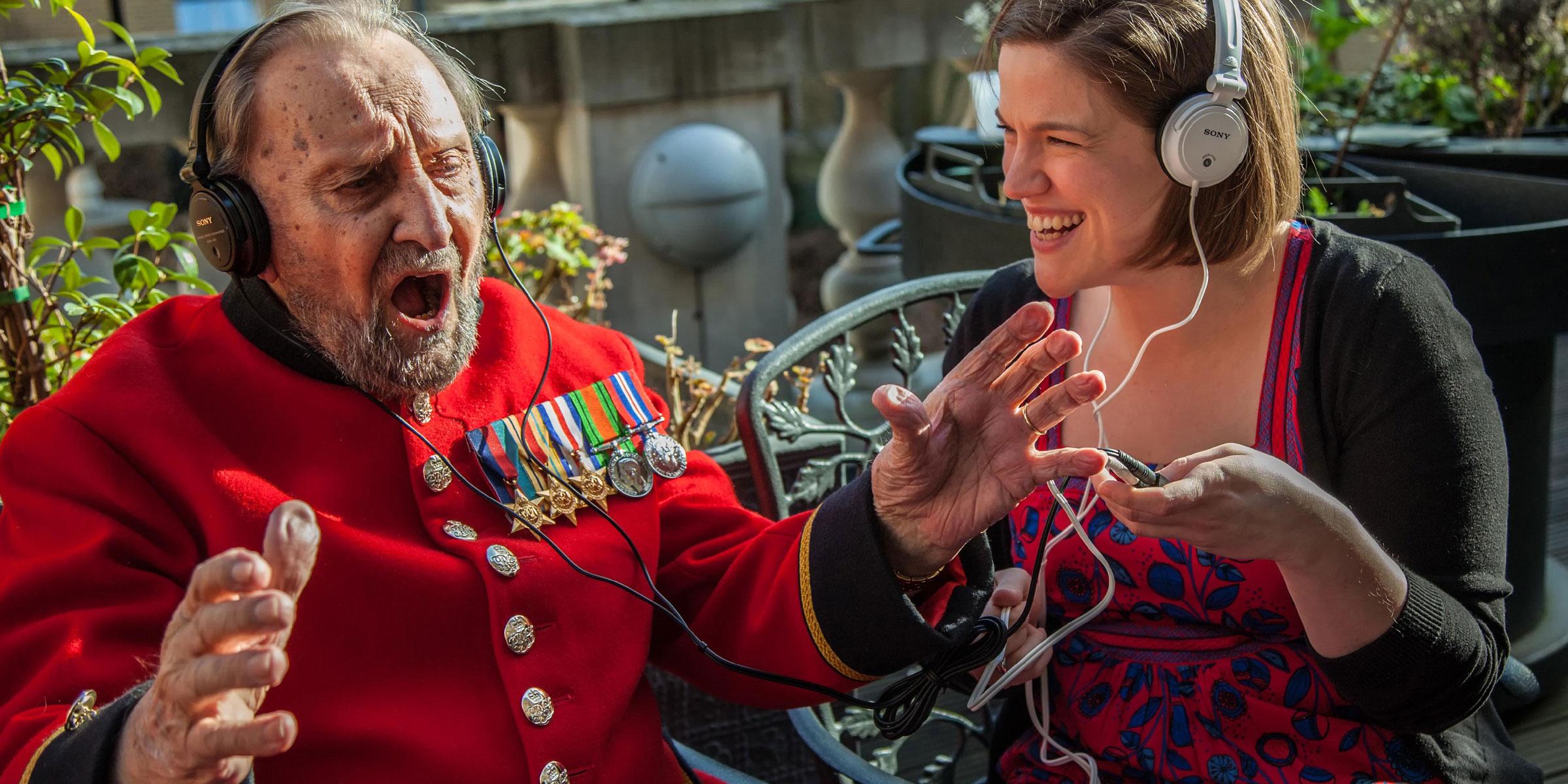 Music has become even more important for many since lockdown began, and Playlist for Life continues to help people harness its power.

Listening to music can really help to improve quality of life for a person with dementia, whether it’s an old favourite or a song that reminds them of a special moment.

Playlist for Life provides tools, training and information to help individuals and organisations harness the power of music for people with dementia.

Like many other charities, when the coronavirus pandemic led to a nationwide lockdown, Playlist for Life had to adapt its approach quickly to continue supporting people.

‘We are usually sharing skills and resources with local organisations and community groups – training them so that they can support people in their areas,’ says Michael Timmons, Communities Officer at Playlist for Life.

‘But with these groups currently closed, people might be becoming isolated. So we asked ourselves, “How can we get meaningful music to people as quickly as possible?”’

Playlist for Life encourages people to use music to connect with friends and relatives who have dementia, whether at home or in a care home.

They have online resources designed to get people talking about the music that is important to them and to start building a personal playlist. Those who don’t use the internet are being sent workbooks to take them through the stages of creating a playlist.

Carol, who was diagnosed with dementia about three-and-a-half years ago, created a playlist with her husband Malcolm.

‘You pick songs from your own life – it can be any song that you like that means something to you and brings back a memory,’ says Carol. ‘When I’m sad or low or feeling grumpy, Malcolm puts my CD on and I’m up dancing and jumping.

‘And just now, with the coronavirus, you can still speak to your loved ones on the phone and get them talking about things from when they were young, and ask them about music. It’s absolutely wonderful.’

Real stories
After a successful career in the music industry, working with acts like Queen and the Rolling Stones, Martyn Barter wanted to give something back. His dad, Alan, had vascular dementia and Martyn’s search for a link between music and dementia led him to Alzheimer’s Society’s Singing for the Brain groups.
2

Playlist for Life has also been trialling a Playlist Request service for people living with dementia at home or in a care home. The person with dementia – or someone who knows them – can speak with a trained ‘music detective’ online or over the phone.

The music detective helps them to create a playlist, which can be sent to the person on an MP3 player or through a link they can use to listen online.

‘Our music detectives find out about a person’s interests, culture or faith, to find out what songs make up the soundtrack of their life,’ explains Michael.

Sandra, whose husband David has dementia, says that working on their playlist has given them something new to do while shielding during lockdown.

‘Each song has a different memory attached,’ she says. ‘We have “We’ve Only Just Begun” by The Carpenters, which was our wedding song, and the Eagles to remind us of our holidays in Daytona Beach.

‘David has aphasia, meaning he has practically lost his speech, but what I find amazing is that he sings along to some of the songs when he listens. I can see that he’s enjoying it and it gives him a real boost.’

Sandra says that hearing the right music can help a person to reconnect with what they’ve enjoyed and who they’ve been up to that point.

‘I think the playlists are a great idea for people living with dementia,’ she says.

Billy is another person with dementia who has benefited from a playlist. After being admitted to hospital, Billy found it difficult to understand the need for social distancing and became very distressed, which was totally out of character.

After he returned to Highcliffe Care Home in Sunderland, Playlist for Life worked with Billy’s family to identify some of his favourite genres of music, including from his time in a gospel choir, and posted him an MP3 player so that he could listen to it.

Although social distancing remained difficult for Billy, he was able to walk through the home, listening to his music while feeling safe and calm.

‘Billy was beaming and several of the staff commented on his positive reaction – it really seemed to focus him and put him in a “happy bubble”,’ says Highcliffe staff member Catherine Cliff.

Playlist for Life continues to train people to become music detectives, so they can support more people to create and use personal playlists. This has included Alzheimer’s Society dementia advisers, among many others.

Playlist for Life has also been encouraging family members to send music players loaded with personal playlists to their loved ones who are under lockdown, to lift a person’s mood when physical contact hasn’t been possible.

‘Music has an impact – it’s so powerful,’ says Michael. ‘With everything so different in the current climate, personally meaningful music can be a lifeline. It’s more important than ever before.’

More from Dementia together magazine: Aug/Sept 20:

Music and Singing
Back to top

How can I buy Paul’s music he made for dementia?

I don't think there's a Paul mentioned in this article, so not quite sure who this might refer to.

Do you have any more information about the person or the song? If so, we can try and find out for you.