Singing for the Brain has been a source or joy and support for Marie and her husband Joe, who is living vascular dementia. Although reluctant at first, Marie explains how the group gradually became her 'happy place' 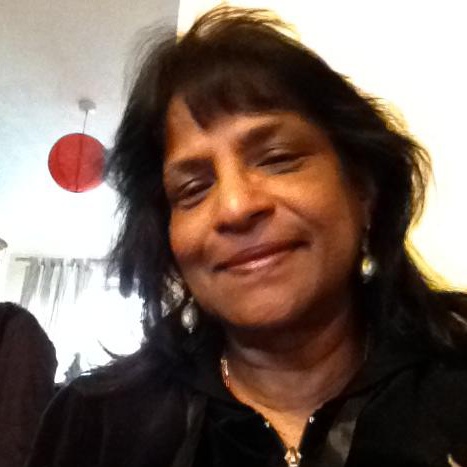 ​When my husband was diagnosed with Vascular Dementia, it was frightening and worrying. At the time I did not know the implications and my role as carer.

Initially we were introduced to professionals and organisations and obtained masses of information, which I could hardly digest as I struggled to cope and manage an adult who was getting, frustrated and depressed.

I wanted space, understanding, companionship, empathy and laughter. I did not want to feel isolated. I believe if Joe could articulate this he would have wanted the same things.

Someone asked if I had heard of Singing for the Brain. I was encouraged to go:

‘It is somewhere to go!’

‘You will meet others who suffer from dementia and their carers’

‘You will be in good company ’

‘There’s dancing and singing if you want to join’.

Meeting my Singing for the Brain angels

A few weeks later, I contacted a voluntary organisation for help and advice. The person who listened to me also mentioned contacting Singing for the Brain and she gave me a telephone number.  I dialled it and the voice on the other end of the phone was warm and inviting, gentle, unassuming and welcoming.

‘I met my first angel. She listened to me and my problems in caring for Joe and how inadequate I felt.’

She assured me that I ‘was doing everything right’, in a very difficult situation, which was very good to hear. She then suggested that we could try a session of Singing for The Brain, whenever we chose to, and that there was no pressure to return if it was not for us. It felt and sounded good.

We decided to go the following Wednesday. It was a BIG step as we felt that we might be opening ourselves to social encounters that we might not be comfortable with.

As we stepped into the room which housed everyone, we were approached almost immediately, and warmly welcomed with a smile, by the first angel, who had spoken to me on the phone. It felt very good that she had spotted us, because it took away from us the anxiety of looking out for a friendly face or feeling embarrassed and alone, or having to assert/impose ourselves into company.

Other angels descended on us with smiles and undivided attention:

‘Do you have any particular song/s you might want me to play and sing?’

‘I am here if you want a chat’ 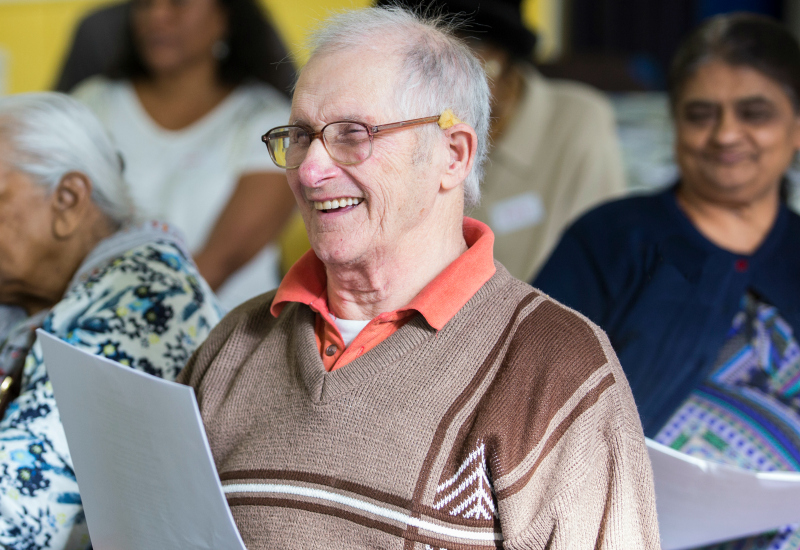 I observed as time went on, that this was the ‘magic’ introduction to the group, for all newcomers. It is brilliant! No one goes unnoticed. And these generous indulgences go on forever, week in and week out. No one’s plight, situation and worries are dismissed. There is time for everyone.

‘On that first day, in the course of a 2 hour session, I saw a transformation in Joe - he was smiling and talking’

He was delighted to be asked to dance, and the attention he was given, as he loved dancing and it took him back years; music was reminiscent of the ‘periods’, so that everybody could join in and they loved it.

As I looked around and caught the eyes of other carers and their loved ones, I was touched by their warmth and friendliness; their sharing of themselves and their wonderful smiles and encouragement – indeed they are the angels of hope, strength and inspiration. I was so glad that I had opened up to this opportunity, especially for Joe.

Today, five years on, Singing for the Brain is not just ‘somewhere to go’, but a place we WANT to go to; we WANT to meet carers and the cared for, who have become good friends, brilliant company and a source of tremendous support.

It is a happy place where we can smile despite our difficulties, laugh at ourselves and the situations we get into with our cared for, share our concerns and be listened to, access and discuss information on dementia, dance and SING.

Singing for the Brain in Havering,  is a bedrock for us. This is where angels tread…. gently and cautiously, soothing, listening genuinely, empathising, sharing and offering companionship and laughter and a safe space, where respect and dignity are paramount,  all with a smile and in return asking for nothing ! Wow!

What I was looking for at the beginning as Joe and I struggled through the maze of dementia.  I cannot thank them enough –accolades forever.

Find services for people with dementia near you:

Music and Singing, Support for carers, Vascular dementia
Back to top

Are there any singing for the brain places in Staffordshire or south Cheshire?

Hi Emma, thanks for you message! You can search for your local activities and services here: http://www.alzheimers.org.uk/info/20011/find_support_near_you Please let us know if you need anything else.

Happy that the Angels of the society are making life easier for both the dementia affected and the care taker.The idea of singing to the brain is fantastic helping divert the affected from depression.