Carey Mulligan addresses the UN on women and dementia

Carey Mulligan will today address the UN, stating that dementia is a global women’s health and human rights issue that can no longer be ignored. 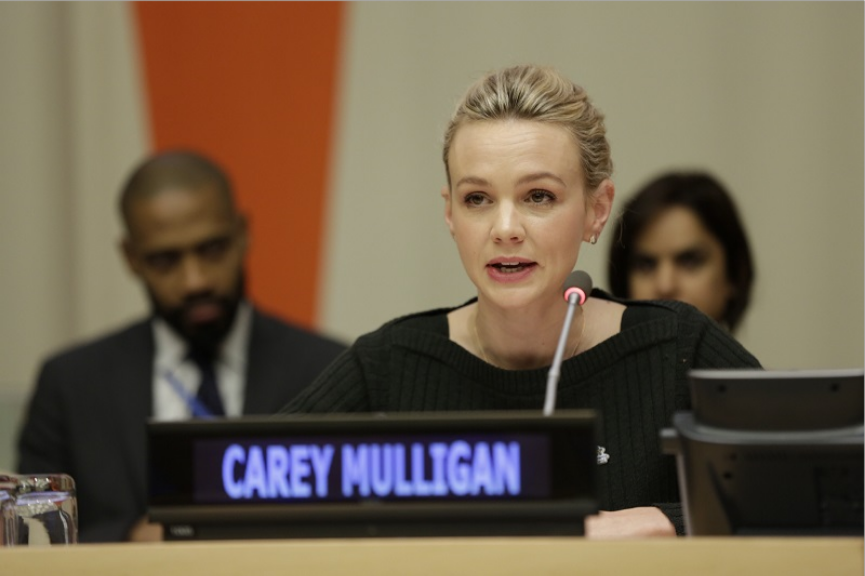 Speaking at a panel event hosted by the Secretary General to commemorate the International Day for the Elimination of Violence Against Women, Carey will use her role as Alzheimer’s Society’s Global Dementia Friends Ambassador to highlight the stigma, and even violence, that women with dementia face in many countries across the world.

She will call on governments and civil society to unite for a world where no woman faces violence because of her dementia, ensuring no women gets left behind.

Carey is supporting the Global Alzheimer’s & Dementia Action Alliance to champion this urgent cause.

Addressing the UN in New York, Carey will say:

“As we all agree, when it comes to protecting women from violence we should leave no one behind. I’m here today to speak for women left behind because of ignorance, because of prejudice, because they are simply dealt a card that gave them a medical condition: dementia. I have experienced first-hand how devastating dementia can be as my grandmother, Nans, lived with Alzheimer’s and passed away earlier this year.

'For too many years dementia has been dismissed as a natural part of ageing. It’s not. Dementia is a global health priority, affecting millions. One person develops dementia every three seconds.

'As a UK Alzheimer’s Society Ambassador I’ve seen perceptions start to shift. There is growing recognition of the scale of the problem, exemplified by the adoption of the World Health Organisation’s recent Global Action Plan on Dementia.

'Yet a key issue continues to be overlooked. Women are disproportionately affected by dementia. More women than men live with the condition, they provide the majority of care support and they face the greatest stigma.

'This is why I’m supporting the Global Alzheimer’s & Dementia Action Alliance to champion this urgent cause for women.

'I was recently made aware of a woman who lives in South Africa and cares for her older sister with advanced dementia. They have been outcast because the community in which they live view her symptoms as evidence of a terrible curse. This is happening in many countries. Dementia stigma exists universally and can lead to abuse and violence against women. I’ve heard reports of women with dementia across the world being mistreated, assaulted, having their assets seized, accused of witchcraft and even murdered all due to the combination of their condition and gender.

'To end violence against women with dementia, awareness is vital - communities must recognise that dementia is a medical condition. The UK has championed global action on dementia and I’m honoured the UK government appointed me as a Global Dementia Friends Ambassador. Dementia Friends is a programme that increases understanding of dementia, and now 27 countries are changing how people think, act and talk about the condition.

'Without action the world is woefully unprepared for the dementia crisis, and we risk leaving some of the most underserved and marginalised women behind.

'I hope governments and civil society partners around the world get behind this global challenge and unite for a world where no woman faces violence because of her dementia. I believe that dementia is a global women’s health and human rights issue that can no longer be ignored.' 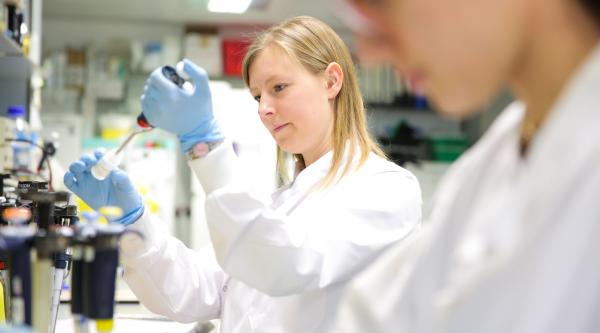 Research
The number of women working in the fields of science, technology, engineering and mathematics (STEM) is beginning to increase and the same is true in the field of dementia research. However, there’s still a long way to go before they are equally represented.
0
Research

Working with people may help to increase the brain's resilience

From the Autumn 2016 edition of Care and cure magazine, The Alzheimer's Association International Conference is one of the main events in the dementia research calendar, where experts from around the world gather to discuss the latest news, progress and insights. 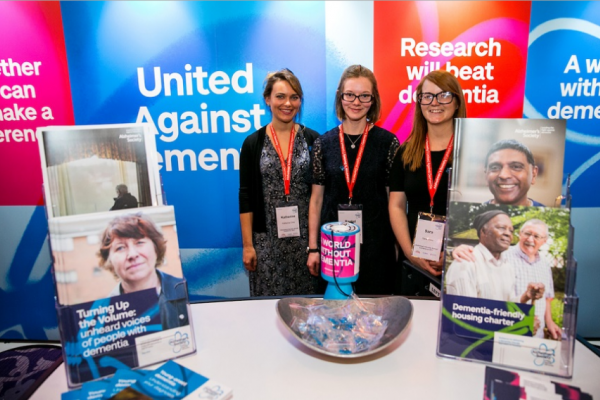 It’s exciting to see how this unpicks the differences in risk of dementia for men and women and could contribute to our understanding of how our genes provide resilience to Alzheimer’s disease.
Research 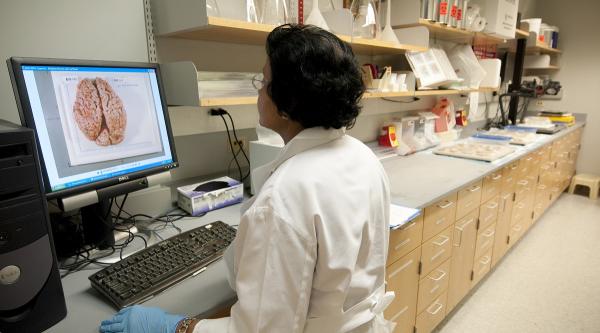 Research
Dementia research has been hit hard by the pandemic. But at the Alzheimer’s Association International conference (AAIC), the biggest dementia research conference in the world, there was plenty to feel hopeful about.
6
Information

Find out more about the Alzheimer's Society Cymru Conference which will take place on 30th March 2022.

New research presented today (Tuesday 16th July) at the Alzheimer’s Association International Conference (AAIC) 2019 in Los Angeles identified a number of differences in the progression and risk of Alzheimer’s disease between women and men.