How does dementia affect your driving? Read how the condition can affect the abilities you need to be able to drive safely.

How does dementia affect your driving?

A diagnosis of dementia is not in itself a reason to stop driving. One in every three people with dementia still drives. What matters, from both a legal and a practical point of view, is whether the person is still able to drive safely.

For experienced motorists, driving may seem to be a largely automatic activity. In fact, driving is a complicated task that involves a combination of complex split-second thought processes as well as sensory (vision, hearing) and manual skills. For many people, it is a highly practised skill they've been doing for many years.

In order to drive safely, a person must use a range of mental abilities including:

Driving and dementia: a difficult decision made easier 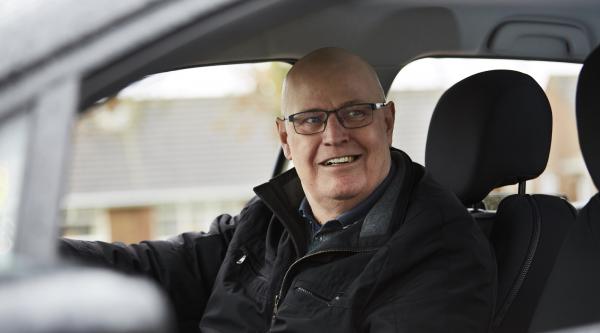 Advice
Driving and dementia can be a complex and emotive issue for all involved. Read about the reasons why, what the law says, and some new guidelines designed to help.
11

A safe driver also needs to be patient and calm. Memory loss, which is often a major early symptom of dementias such as Alzheimer's disease, does not generally feature strongly here. Different kinds of memory are needed for safe driving - for example remembering a route, how to change gear and what road signs mean. But in a person with dementia, problems with the abilities above tend to affect driving sooner than problems with memory loss.

Dementia can affect all of these skills - this is why it is listed as a medical condition that the licensing agencies need to know about.

As dementia progresses it has greater effects on all these abilities. As a result, everyone with dementia will eventually lose the ability to drive safely.

The time at which this happens will be different for each person, but most drivers with Alzheimer's disease stop within about three years of the first symptoms. This is often in the moderate or middle stage of dementia but, with some types of dementia, common early symptoms mean it might be sooner. Examples of this are visual hallucinations in dementia with Lewy bodies and impulsive behaviour in frontotemporal dementia. A person with these symptoms will not be able to drive safely.

Many people with dementia have other medical conditions that could also affect their driving. Among the most common in older people are problems with vision and hearing. Head-turning ability - often due to arthritis - may also be reduced. This can make manoeuvres like pulling out into moving traffic particularly difficult. Some older people also have weaker muscles, which can make physical tasks like steering or braking difficult.

A person taking certain types of medication, such as night sedation or some drugs for depression, may also find that their driving ability is affected. For all of these conditions, the doctor will advise on whether the person is safe or needs to notify the authorities.