Information
What does the Spring Statement mean for people with dementia?
Blog

The Conservative government has delivered its first Spring Statement. Read what this means for people living with dementia.

This week the Conservative government delivered its first Spring Statement, almost a year since the General Election and the impact of the Dementia Tax manifesto. Dom Carter, Senior Policy Officer at Alzheimer’s Society, shares what this means for people living with dementia. 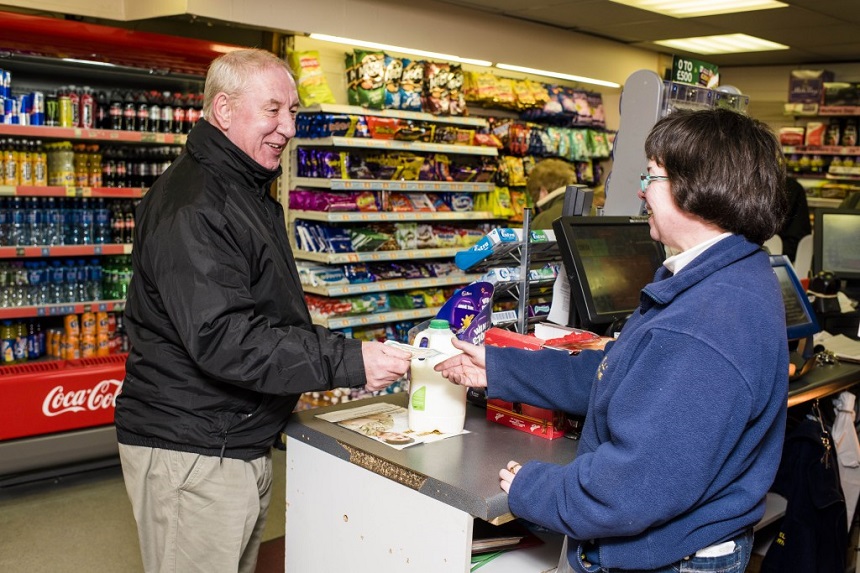 The Spring Statement arrives at an important time. It’s only a few months until the anticipated publication of a Green Paper, which outlines how Government proposes to change the landscape of care and support for older people.

What do we hope to see?

We’ve been consistent and clear to Government on what is required, providing a detailed submission to the Treasury last year and follow up correspondence with the Chancellor to underline our asks. These include:

Our polling shows that 8 in 10 of the general public would be angry, worried or frightened if Government does not address the care crisis. It is increasingly evident that it’s time to put pounds behind promises.

We have an ageing population, meaning many more thousands need care and support each year. Yet the councils given responsibility to provide care to some of our most vulnerable people will have the same core budget for social care in 2018 as in 2011.

More than half of councils in England believe that social care is the most pressing issue they face. So much so, the Local Government Association found that by 2020 sixty pence in every pound of council tax will be spent on social care. This means there is less to spend on fixing the roads and less on bin collections.

Since Phillip Hammond strode from Number 10 with his red budget briefcase in November, our National Dementia Helpline has been inundated with calls from people facing a crisis from a lack of or inadequate support. Our Press team are being asked daily to comment on dozens of horror stories. Our Campaigns team have members of the public keen to share their distressing experience. This is all whilst our Policy team are unearthing evidence of systemic failings that affect hundreds of thousands across the country.

The budget in November failed to acknowledge the challenges that exist. This week’s Spring Statement has proven to be another missed opportunity for the Government to show how serious they are to address the care crisis.

As predicted, the Spring Statement was simply a reforecast of the Government’s Autumn Budget with no new money realised for health or social care. The pressure is now building for the impending Green Paper on care reform, due to be published this summer, and what money the Treasury will make available in the Autumn Budget 2018 to support this.

What can you do?

Sign up to our campaign and unite with us to call on the Government to Fix Dementia Care in 2018.

I am a retired paediatrician and keep in touch with local friends.
Best wishes. Gillian McCarthy.

After 8 years of caring for my father with Alzheimer's I have had to get him into a care home. He was borderline for NHS CHC funding a year ago on a full assessment, but when admitted to hospital this year, when I asked for a re-assessment as he had deteriorated considerably, I was informed hat he was not eligible for the initial checklist to be completed. I asked for written explanation how he had improved so much when he has a progressive degenerative disease, to no avail. I informed the hospital that I was buying a one way ticket to Australia and would return when they had got an answer. Next day I was told an initial checklist would be completed the following week.He was shown to be positive for a full assessment. A specialist dementia local care home was found and he was discharged from hospital.He has to pay until the checklist is completed within 28 days, not exactly what it says in the Care Act. But at least we are moving somewhere. WHY do we have to become experts to get the help we need and deserve? Sole/lone caring for anyone is exhausting, add dementia to the list and it becomes destroying for all involved. He may not understand a lot of what is going on, but he can see the strain it has put on me and our relationship.
Somehow we must find the strength and voice to change a system that is not fit for purpose and sadly out of date.

Where your loved one has to finally go into full time care you must fight tooth and nail for CHC. There is good support and above all advice out there to defeat the infamous Decision Support Tool. This is not a medical document. It is written by the NHS so that you fail to qualify for CHC. It is purely to decide who pays! Not the NHS but Adult Social Services at the Council. In its 70th year this nothing short of an absolute disgrace to be laid at the door of the NHS.

It really feels like you are second class when you are living with dementia. We have been married over 50 years worked hard paid our dues and demands etc but now I am looking for respite so that i might be able to care for my husband and just need a occasional break, there is nothing bootable! How cost wise daft is that, if I collapse the state will have to do my job 52 weeks. The year grrrrrrrrrr!

Hi Susie,
We're very sorry to hear about the struggles you've been facing while caring for your husband. We're demanding the Government Fix Dementia Care.
In the meantime, we recommend you contact our helpline to discuss replacement (respite) care. Our National Helpline team are available on 0300 222 1122 if you want to talk to someone and get any dementia information or further advice.
Wishing you all the best, Susie.

There are many ads for cancer and other serious illnesses but fewer for problems of the mind, such as Alzheimers and all different forms of mental incapacity.

Agree entirely , we are too slow to use TV advertising to show the worst side of dementia to encourage fund raising.
We need to show the devastation dementia causes and that
there is no cure or treatment!
Couple this with a Care Sector in chaos!

Fund Raising needs to be channeled to specifically helping people from early stage to advanced stages so that both sufferers and carers are supported both with information and social activities. Research is given a very high priority and so is information services but in these days of local authority cuts it is social activities which lose out.
Helping people with organizing singing, reminiscing, exercising,craft, cafes, meals and entertainment and these activities are really really of enormous benefit and this must not be allowed to suffer.

I have been recently advised by www.healthwatchcambridgeshire.co.uk that they have discovered that over 900 people are waiting to receive their Personal Budgets & finance for Primary Care Needs ! This is after the exhaustive Assessments, & doesn't include all the people incorrectly Assessed & refused CHC Benefits to conserve limited resources.
This is a systemic failure in our NHS requiring immediate attention. However the Cambridgeshire District has also got a financial deficit of around £48 million for 2017/18. I shudder to think what the overall figure is for the whole UK.
The Green Paper must not be allowed to push this dreadful situation into the "long Grass" We should demand a Royal Commission & get rid of all the politics as the situation is immediate & too important to be left with any one Political Party.
Peter Garside

One suggestion for Care Funding for those who pay for it themselves.
Make the Care Home costs tax free ( allowable expense) for the individual.

My wife has suffered with dementia for the last 6 years. Recently the council sent us a form to fill in about my wife's illness. It starts off with do you think the care you receive is adequate. My reply what care. Do your carers treat you with kindness. What carers. I'm the only carer her husband. She had 1 day in a care home to give me resbite that was November last year. They said they would push things along to make it a regular visit. The only care she received is off me. So not only the government but also the local councils need to get their act together.