1,400 people with dementia stranded in hospital over Christmas

At least 1,400 vulnerable people will spend Christmas on a hospital ward - well enough to go home, but trapped because of a social care system starved of funding. 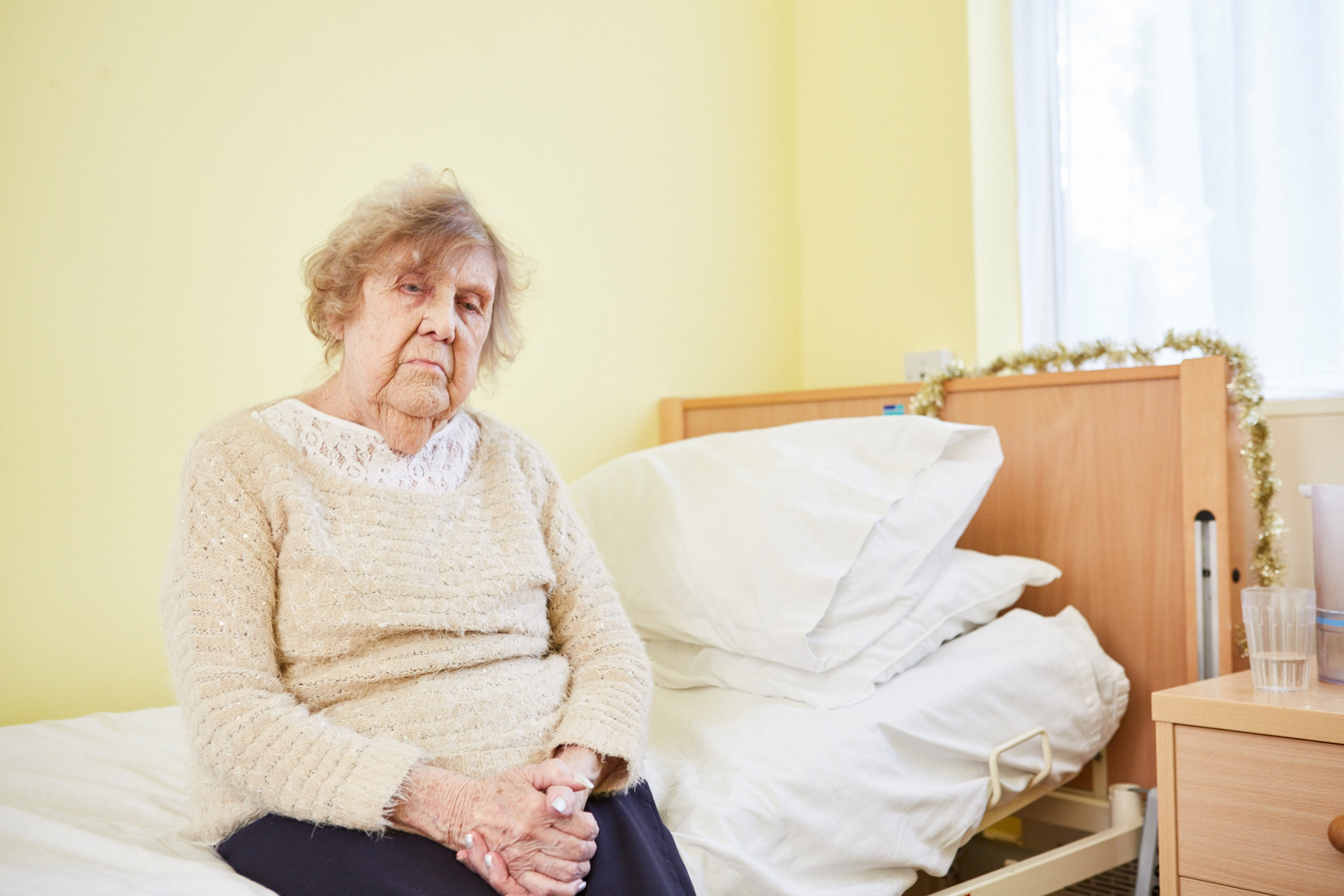 Alzheimer’s Society Chief Executive Jeremy Hughes today warned a desperate lack of available homecare and care homes is ‘turning wards into waiting rooms’, after their investigation revealed people with dementia are being delayed up to ten times as long as those without the condition.

The investigation, which analysed data from hospital-led audits (1), found that last year people with dementia spent 500,000 extra days in hospital, despite being well enough to go home, at a cost to the NHS of over £170 million. Limited data is collected on dementia care in hospitals, and only two thirds of people with dementia have a diagnosis (2), so this is likely to be a conservative estimate of the true picture.

Prolonged stays in hospital have life-changing consequences for people with dementia – many become too frail to be discharged to their own home, with some sadly dying before they are discharged.

Karen Moore, whose dad had dementia and was stuck in hospital for six months, said:

'Mum died of cancer while Dad was stuck in hospital, so I was grieving while also trying to sort out Dad’s care. It was a nightmare. The hospital was great, but it wasn’t the right environment for Dad and we were under pressure to free-up a bed.

'But because his needs fluctuated so much it was impossible to get him sorted with social care, so he was stuck in hospital for 6 months. Dad got infection after infection; it was like he was being taken down by a pack of wolves. Eventually, he died on the ward.'

Nurses on the frontline are fearful of the safety of people with dementia while they’re stuck in hospital for lengthy periods. As part of its investigation, Alzheimer’s Society carried out a survey in partnership with the Royal College of Nursing (3) which found 1 in 10 nurses surveyed have seen people with dementia waiting in hospital for over a year.

One of the nurses surveyed described hospital as ‘one of the most confusing and upsetting environments for a patient with dementia’. Another expressed concern that people with dementia ‘are much more likely to harm themselves or others in acute settings where they are not managed appropriately or able to have the attention they deserve to maintain their safety’.

'With such scarce social care funding, wards are being turned into waiting rooms, and safety is being jeopardised.

'From the woman who spent two months on a bed in a corridor because there were no available care home places, to the man who died after months of waiting left him debilitated by hospital-acquired infections, people with dementia are repeatedly falling victim to a system that cannot meet their needs.

'One million people will have dementia by 2021, yet local authorities’ social care budgets are woefully inadequate, and no new money has been promised in the budget to cope with increasing demand.

'Government attention must be focussed on social care, and pounds put behind their promises, to alleviate the pressure on our NHS hospitals, and the suffering of people with dementia on its wards.'

'Nursing staff know better than anyone how often patients with dementia are stranded in hospital when they could be discharged, if only they had more social support.

'Hospital is not the best place for people living with dementia, where they are at risk of falling or contracting an infection.

'The College was very concerned to see no extra resources announced for social care in last month’s Budget, and backs Alzheimer’s Society’s call for increased funding for local authorities so that they can give more support to people leaving hospital'.

The charity is urging the public to join its Fix Dementia Care campaign and call on the Government to properly fund social care. Unite with us now to demand action to improve dementia care.