Chris Roberts and Nigel Hullah, members of the Three Nations Dementia Working Group, tell us about their involvement in the Welsh Dementia Action Plan. 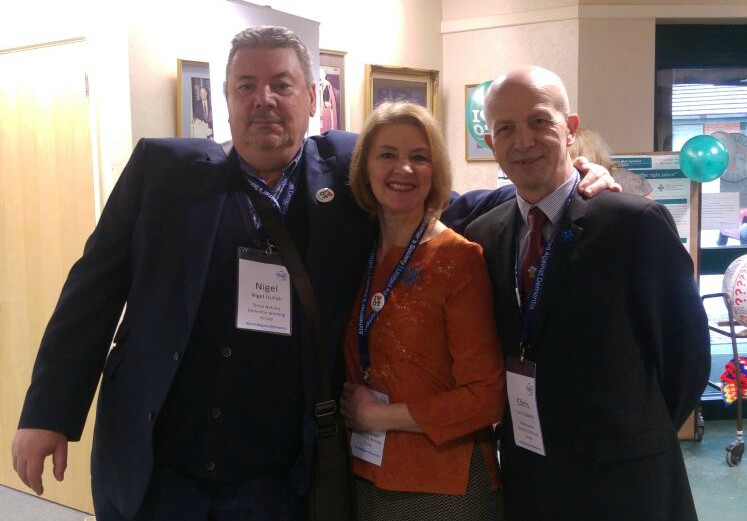 Nigel (on the left) and Chris at a consulation event for the Welsh Dementia Action plan. We recently attended the launch of Wales’ first Dementia Action Plan, alongside Chris’ wife Jayne. It was wonderful to get the chance to see the strategy coming to life. It has been lots of hard work, travelling and spreading the word, alongside others.

How it all began

It started when we were given the heads up that two consultation events were going to take place in South and North Wales.  When we attended the event, we noticed a lack of public engagement, especially by those actually affected by dementia, whom this was all about.

At the events we spoke to the lead representative for the Welsh Government. We explained the importance and rights of those with lived experiences, and how they need to be involved in the process. She took this on board and more importantly, took it back with her to the powers that be.

The Alzheimer’s Society Cymru team and DEEP negotiated funding to have more consultations all over Wales. Further meetings, discussions and evidence from real people and professionals with Government officials were facilitated. Our voices were heard in a variety of ways:

Standing up for people affected by dementia 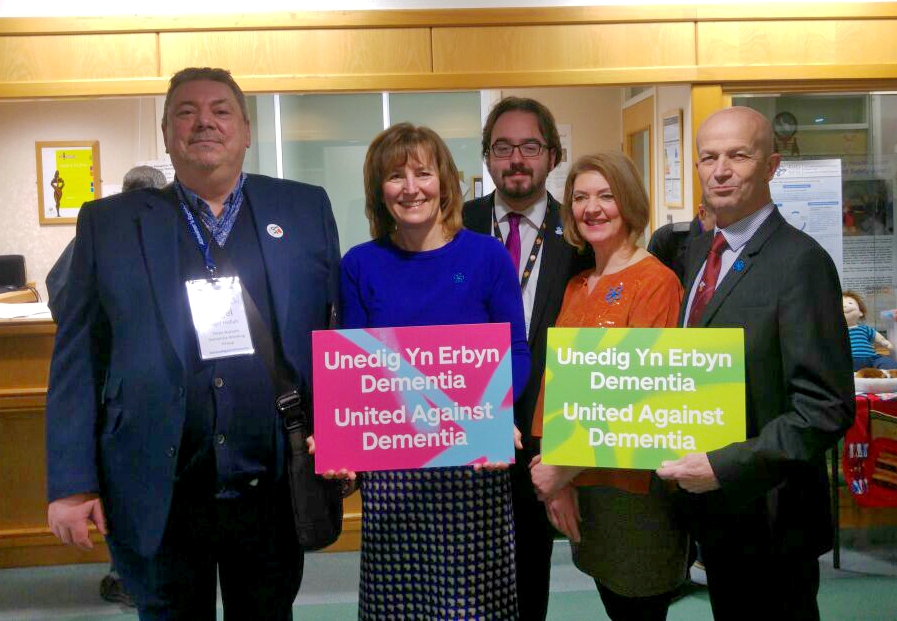 We challenge the assumptions that are made about what it is like to live with dementia. We also recognise that even when somebody is diagnosed with dementia they are able to contribute and participate to varying but meaningful degrees.

Everybody with dementia has the right to be supported to voice their thoughts and opinions, especially regarding their own care and services.

We're constantly amazed that some professionals and the general public are still so staggered when somebody is able to be articulate an opinion whilst living with a diagnosis of dementia.

The three of us were invited to be part of the expert task and finish group, where we not only made valid contributions but instigated major changes to the initial draft. It was an amazing experience and example of true collaboration and inclusion.

But just as important was that the Wales Government and their officials involved, listened to, and supported the voices that mattered. It really was ‘nothing about us, without all of us.ʼ

It was the people affected by dementia who pushed for the Dementia Statements to be included. We wanted and needed to have and own a rights-based strategy.

The joining up of expertise around the table of the task and finish expert group will hopefully have a huge impact on the lives of people affected by dementia. By promoting even more joined up approaches and work, by sharing good practice, promoting more support and services that are so much needed, will change lives forever.

What will happen next?

Now, the real work begins. We must make sure Welsh Government, local health boards and councils implement the Action Plan properly. It must include the voices of people affected by dementia at every level.

We must seize this opportunity to make sure Welsh public services, at all levels, unite with people affected by dementia.

What can you do?

Wales
Back to top