Research
Football and dementia risk - is there a link?
Blog

News that professional footballers might be at a greater risk of dementia, and why that might be the case, has been the subject of great debate and interest. Our researchers examine the latest evidence around heading the ball and discuss what we know so far.

Head impacts that occur during football, such as when heading a ball, and dementia risk has received a lot of media attention, including a BBC documentary presented by former England striker Alan Shearer. 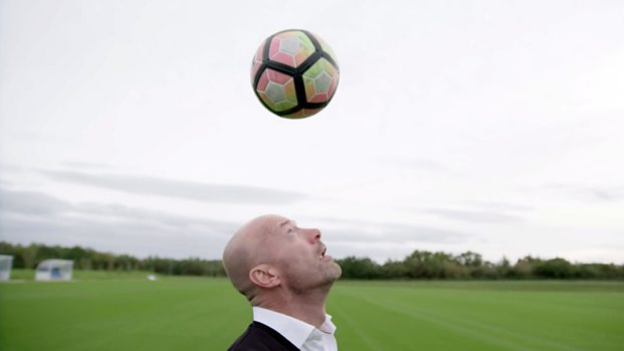 For some time there has been speculation about the role of head injuries and risk of dementia, especially if it results in a long period of unconsciousness.

A small study in early 2017 was among the first to show a greater risk of dementia in professional footballers. Researchers studied the brains of former footballers with memory problems. They found that most had signs of a form of dementia called chronic traumatic encephalopathy (CTE), and all had signs of Alzheimer’s disease. However, it is important to note that footballers without memory problems were not studied.

Since then, a longer and larger study has provided further evidence for a link between professional football and a greater risk of dementia. This has led to responses from the Football Association, and the announcement of two new research studies.

What does the latest research on professional football players and dementia show?

In October 2019, a study led by the University of Glasgow also found a link between professional football players and dementia.

Researchers compared the causes of death of 7,676 former Scottish male professional football players born between 1900 and 1976 against over 230,000 matched individuals from the general population.

There is increasing evidence of a link between such brain injuries and dementia. Find out more about head injuries as a risk factor.

The study revealed that former professional football players had an approximately three and a half times higher rate of death due to neurodegenerative disease than expected. However, this study did not tell us why that might be the case.

What do the results mean?

This has been the longest and largest study to date. The results provide valuable insight into the increased risk of dementia among football players. They also build on the findings from the 2017 research. Yet, there are still a few unanswered questions.

The researchers only looked at professional football players. It is therefore not clear whether playing football at an amateur level increases the risk of dementia.

The study also does not explain why professional football might increase someone’s risk of dementia or whether heading the ball is involved. Further studies looking at the changes that occur in the brain could provide insight into this.

The type of injury as well as other lifestyle factors need to be considered. It is unclear whether this increased risk of dementia is a result of heading the ball, a result of other collisions during the game or another factor. 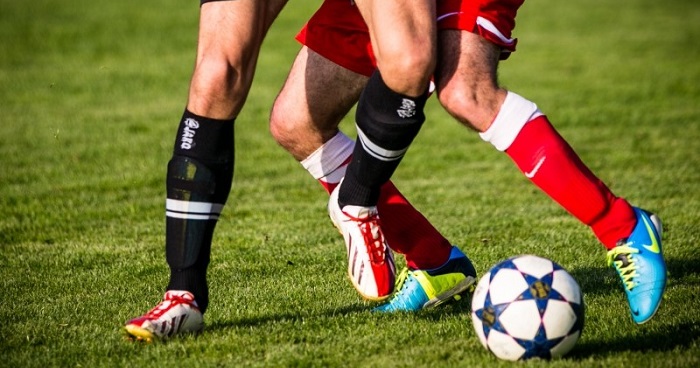 What has been the outcome of this research?

As a result of this study, the Football Association has released new guidelines advising children aged 11 and under should no longer be taught to head footballs in training. The guidelines, which don't extent to competitive matches, also add more restrictions to the amount of heading done by under-18 players.

The guidlines were revealed in a joint statement between the FA, Scottish FA and Irish FA.

It is clear that the evidence is growing for a link between playing football and dementia. New research, announced recently, will help us understand why that appears to be the case.

What new research is going on?

Two new studies have recently been launched. These will both look at the changes that occur in the brains of professional footballers as they get older. This research is promising, as it could help us understand the long-term effects of playing football and heading the ball.

The Drake Foundation are funding one study, which will look at around 300 former professional football players. As well as assessing changes in the brain, the researchers will gather detailed information about the players. This will include their history of heading in football, different lifestyle factors, and physical and mental function.

At the beginning of 2020, the University of East Anglia also launched a new project. They will use cutting-edge technology to test for early signs of dementia in former professional footballers. Unlike the previous studies, the researchers will look at both male and female professional footballers. It is also the first to explore when players may start showing signs of dementia.

Should I be worried about playing football?

It’s very rare for dementia to be caused by a single factor. Although evidence of a link between playing football and dementia has increased, the studies so far have not considered all these other factors.

It is also important to remember that the studies so far have been in professional footballers. We encourage taking care when it comes to noticing and recording head injuries. However, there is not enough evidence to give advice about whether playing football at an amateur level may affect your risk of dementia.

Evidence does show that exercise is one of the best ways to reduce your risk of dementia. We encourage everyone to enjoy any kind of sport as safely as possible.

How to reduce your risk of dementia

Although getting older is the biggest risk factor for dementia, evidence shows there are things you can do to help reduce your own risk.

Being 71 now , when I was a kid professional football players played with the heavy ball. One of our friends who was a talented Forward and good with his head similar age, emigrated and played for Western Australia. He died two years ago of a brain tumour.