The early stages of dementia

In the early stages of dementia, a person’s symptoms will be noticeable and will affect their day-to-day life. There may be issues with memory, speed of thought, language or behaviour.

The word ‘dementia’ describes a set of symptoms that include memory loss and difficulties with thinking, problem-solving or language, and sometimes changes in mood or behaviour. Find out more about what dementia is.

These changes are often small to start with, but in dementia they are severe enough to affect daily life.

Dementia is caused by the loss of nerve cells in the brain as the result of disease. It is a progressive condition, meaning that symptoms will get worse over time.

There is evidence that, by the time someone shows any symptoms of dementia, the diseases that affect the brain will have been causing damage for some time, perhaps many years.

What happens in the early stages of dementia?

Everyone with dementia is different. The way dementia affects people in the early stages will depend on the type of dementia they have. Other factors like their personality, environment and the support they receive will also affect their experience of dementia.

We explain the difference between normal ageing and dementia, including examples of each.

How does dementia affect the brain?

For example, some types will cause problems with memory, while others may affect speed of thought, language or behaviour. It also means that the different types of dementia are most distinct from each other in the early stages.

The way some of the most common types of dementia are likely to affect people in the early stages are listed below. 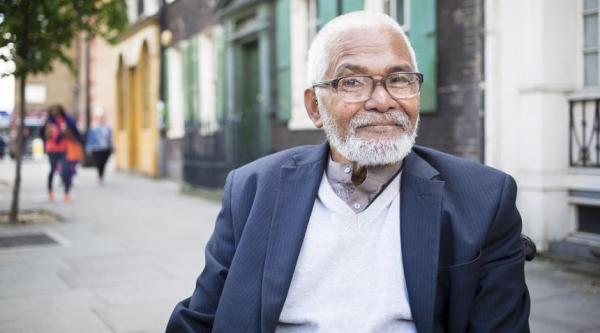 Alzheimer's disease usually begins with very minor changes in the person's abilities or behaviour that are often attributed to normal ageing.

Loss of memory of recent events is a common early symptom.

A person may have difficulty recalling things that happened recently, or learning new information.

Someone with Alzheimer's may mislay items around the house, forget conversations or events, struggle to find the right word in conversation or lose the thread of what is being said.

Vascular dementia occurs when brain cells are starved of oxygen, either by a stroke or damage to the blood vessels deep in the brain (either due to small vessel disease or subcortical vascular dementia).

There are different types of vascular dementia that progress at different rates and in different ways.

However, common early symptoms of vascular dementia include problems with thinking, organising and planning.

A person may struggle to follow a series of steps (eg when cooking) or concentrating for a period of time.

Memory loss is usually not the main early symptom of vascular dementia.

Dementia with Lewy bodies (DLB) is closely related to both Alzheimer’s disease and Parkinson’s disease. In the early stages, people may experience the symptoms common to both conditions.

These include attention that varies a lot from day to day, difficulty planning and very disturbed sleep.

People will also often have visual hallucinations (seeing things that aren’t really there) and they may have problems with movement, such as those seen in Parkinson’s disease.

Frontotemporal dementia is caused by damage to the frontal and temporal lobes of the brain, which control language and behaviour.

There are three types of frontotemporal dementia. One of them affects behaviour first and two affect language first.

A person may act out of character, seem rude or compulsive, or they may have trouble remembering words or speaking fluently.

Everybody forgets things from time to time. But if you or other people are noticing that memory problems are getting worse, or affecting everyday life, it could be a sign of dementia.