Learn about the symptoms and causes of apathy, and possible ways to treat it for someone who is living with dementia.

Many people sometimes have less energy or ‘drive’, or lose their ‘spark’. However apathy is different. If a person has apathy they will have little or no motivation to do things that they would usually find meaningful and worthwhile.

People with dementia tend to become more likely to develop apathy as their condition progresses. However, apathy can start during the very early stages in some types of dementia – such as frontotemporal dementia, dementia with Lewy bodies (DLB) or Parkinson’s disease dementia. Once a person has apathy it tends to continue, rather than coming and going.

People with dementia often develop apathy due to damage to the frontal lobes of their brain. This part of the brain controls our motivation, planning and sequencing of tasks.

If a person with apathy is withdrawn, stops doing things and loses their confidence and abilities, their apathy can get worse. People who are close to them may be able to help prevent this.

A person with dementia who has apathy will be less motivated to do things. They may also:

Differences between depression and apathy

Some of these symptoms are also common in people who have depression, such as losing interest in things and lacking energy. This is why it can be hard to know whether a person has depression or apathy, even for a doctor. The main difference is that a person with depression will feel sad, tearful, hopeless or have low self-esteem (see the section 'Depression and dementia'). A person with apathy will not have these symptoms of low mood. Instead they will feel that they have no energy or ‘spark’.

A person with dementia who has apathy often won’t be worried by their symptoms. However their symptoms can make their life less enjoyable. Their symptoms can also put a strain on those who are helping and supporting them. It can be frustrating when you’re caring for someone who needs more support with daily tasks and is withdrawn and unresponsive.

Compared with depression and anxiety there is less evidence about what treatments can help a person with dementia who has apathy.

Drugs only play a small part in treating apathy. Some people who take medication for Alzheimer’s disease or mixed dementia (for example donepezil, rivastigmine or galantamine) are more motivated and have better memory and concentration. A person with apathy may also be offered an antidepressant drug. However, there isn’t much evidence that antidepressants help people with apathy who have Alzheimer’s disease, mixed dementia or vascular dementia. In fact, there is some evidence that these drugs make apathy worse.

Therefore non-drug approaches should generally be tried first. For example, music therapy, group art therapy, reminiscence and cognitive stimulation that are delivered by a trained professional can help. However, these therapies are not available everywhere. Contact your local dementia support worker or adult social services to find out what is available in your area.

People with dementia who have apathy may also benefit from doing general creative activities, such as music and art, rather than a specific therapy with a trained professional. Even if they find it difficult to take an active role in these activities, they can still benefit from being involved.

How to support a person with dementia who has apathy

Find out more about organisations that can help you support a person with dementia who has apathy, depression or anxiety.
Advice

A person with dementia should see a doctor if there is a sudden change in their behaviour or if their condition has deteriorated more quickly than expected.
Advice

Supporting a person with dementia who has depression, anxiety or apathy

This page looks at the effects of depression, anxiety and apathy on a person with dementia, and suggests ways to support people with these conditions.
Advice 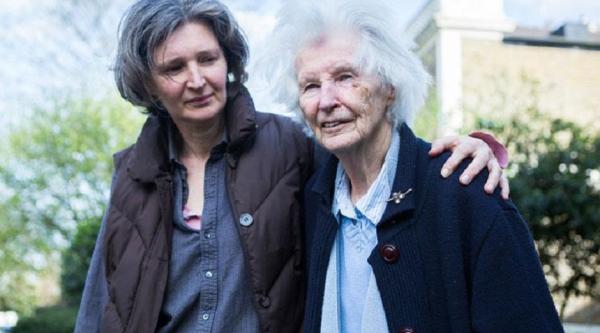 Advice
Supporting a person with dementia to remain involved, active and confident when they’re finding things difficult can be a challenge. Online support from others who understand can help, says Dementia together magazine.
0