Learn about the causes and symptoms of depression, and possible ways to treat it for someone who is living with dementia.

Most people feel low or sad from time to time. This is not the same as being depressed. Depression is a condition that can last for several weeks or months. When a person has depression a number of negative feelings can dominate their life, including sadness, hopelessness and a loss of interest in things they used to enjoy.

At least one in five people in the UK will have depression at some time in their lives. However, it is more common in people with dementia, particularly if they have vascular dementia or Parkinson’s disease dementia. Depression is often diagnosed when a person is in the early stages of dementia. However it can develop at any stage. Depression can also come and go.

If a person has had depression in the past they are more likely to have it again if they develop dementia.

Depression often has more than one cause. The causes vary a lot from person to person including:

These causes can be similar for everyone – whether they have dementia or not. However, if a person in the early stages of dementia has depression, it might be directly linked to them worrying about their memory and the future.

The diseases that cause dementia can also sometimes cause depression.

People who live in a care home seem to be at particular risk of developing depression. This is why good staff training and regular visits from family members and friends can help to improve their wellbeing.

Depression can affect people in different ways. There are also different levels of depression – doctors talk about people having ‘mild’, ‘moderate' or ‘severe’ depression. Common symptoms include feeling sad, hopeless or irritable for much of the time. A person may lose interest or pleasure in activities they once enjoyed, or they may feel worthless, guilty or have low self-confidence.

People with depression can have disturbed sleep, such as waking in the very early morning. They may also struggle to think clearly or concentrate, or they may become more forgetful.

Older people who have depression may have slightly different symptoms than younger people. They are likely to feel more agitated and to have more health anxiety (worries about their own health). They are also more likely to have more physical symptoms, such as aches and pains.

Depression can drain a person’s energy and make them feel hopeless. It could even make them think about ending their own life. This is why depression should be taken very seriously. It should not be dismissed as a person just feeling ‘a bit down’.

As well as having negative feelings, if a person with dementia has depression, it can make problems with their thinking and memory worse. Depression may also make any changes in their behaviour worse. They may be agitated and aggressive. They may also have problems sleeping or refuse to eat. For people in the later stages of dementia, symptoms of depression often include tearfulness and weight loss.

Differences between depression and dementia

A person who has depression should be offered a range of treatments, depending on how long they’ve had it and how severe it is. If they have mild depression they may be offered a support group or self-help (activities and techniques they can do by themselves). If they have more severe or persistent depression their GP may prescribe an antidepressant medication, as well as (or followed by) referring them for a talking therapy (see the section 'Talking therapies').

The difficulties people with dementia may have with their mental abilities can make it harder to treat depression. This could include difficulties with their attention, communication, memory or reasoning. To have the most benefit, some types of talking therapy need a person to have these mental abilities intact. This includes cognitive behavioural therapy (CBT). However, there’s no reason why a person with dementia can’t benefit from talking about their thoughts and feelings with a professional counsellor or therapist, at least during the earlier stages of the condition.

Antidepressant drugs are widely used to treat depression. However they don’t seem to be as effective in people with dementia. As a result, treating depression in a person with dementia can be more about improving their quality of life through:

If a person has depression they should be offered a range of treatments, depending on how long they have had it and how severe it is.

Alzheimer's Society is funding a project to find ways to help carers access much-needed therapy and support so that they may cope better with feelings of stress, anxiety and depression.

People with dementia who have depression may benefit from:

These ways of managing depression don’t need a counsellor, psychotherapist or doctor. However, it can be very helpful to ask a professional for advice.

Support groups can also be very helpful. They can give people a chance to talk to others who are going through a similar experience.

To find groups in your local area, use our online Dementia Directory.

Depression is sometimes caused by a person having low levels of certain chemicals in their brain (known as ‘neurotransmitters’). Antidepressant medication can increase the levels of some of these chemicals. This can help to improve a person’s mood over weeks and months.

A person with dementia who has depression is likely to be offered antidepressant medication if the depression is severe or it hasn’t responded to other types of therapy. However there isn’t much evidence that these drugs are effective for treating depression in people who have dementia.

If the person wants to try complementary or alternative therapies to manage their depression they should speak to their doctor first. These include aromatherapy, massage and bright light therapy.
Most alternative therapies are unlikely to conflict with conventional treatments. However some may interact with other drugs the person is taking – for example St John’s wort or cannabidiol (CBD) oil. That is why they should always check with their GP first.

1. Supporting a person with dementia who has depression, anxiety or apathy 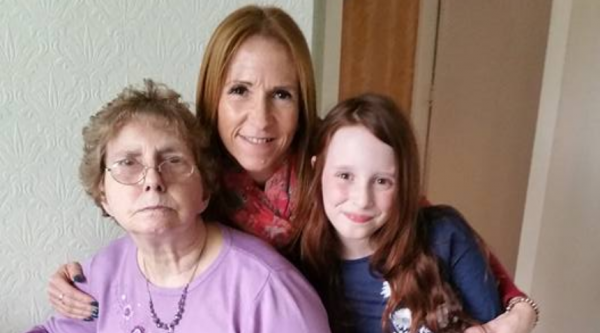 Life after lockdown: Adjusting to the 'new normal' for a person with dementia 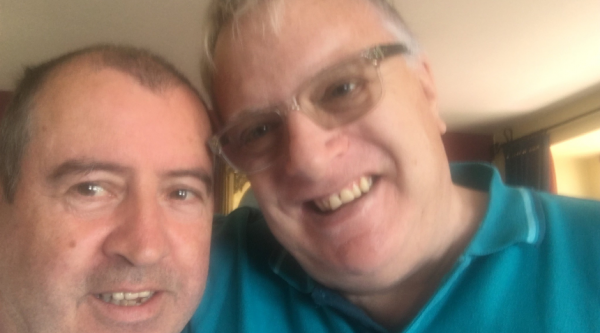 Advice
Some people experience anxiety or low moods because of coronavirus restrictions. Andy, who has young-onset dementia, shares how shielding during lockdowns has affected him. Find out what carers can do to help support their loved ones with dementia when restrictions change.
6
Information

How talking therapies can help a person who has dementia

Information
Advice about how speaking to a therapist could benefit someone with a dementia diagnosis.
0
Advice

Loneliness and depression in a person with dementia

There are things that people with dementia can do to help manage loneliness and depression when living alone.

Support and services from the GP

Support and services from the GP include support for anxiety and depression, medical and practical support.