Impossible cost: dementia care bill would take 125 years to save for

An Alzheimer’s Society investigation has laid bare the unachievable cost of dementia care, calculating that the typical person’s bill for dementia social care would take 125 years to save for.

Successive governments have placed funding of dementia care squarely on the shoulders of people affected, but today’s calculation reveals that even if people pre-emptively saved as they do for their pension, it would be impossible to prepare for. The charity warns the bill will topple ‘generation rent’, who have fewer assets than previous generations, and are at higher risk of developing dementia as people continue to live longer.

Dementia cannot be cured or effectively treated so it’s costly social care, rather than free NHS treatments, many people with dementia are forced to pay for.

Judith from Surrey whose mum, Joan, had Alzheimer’s disease said:

'My mum ended up spending over £500,000 on her dementia care. She would be devastated to know her money was gone and she could only leave her grandchildren a fraction of what she had hoped. She was so proud to think they would be sorted financially in the future.

'By the end of her life mum couldn’t eat, drink, speak or move anything but her eyes, yet she still wasn’t applicable for state funding despite paying taxes and National Insurance all her life. She paid for all her care right until she passed away.' 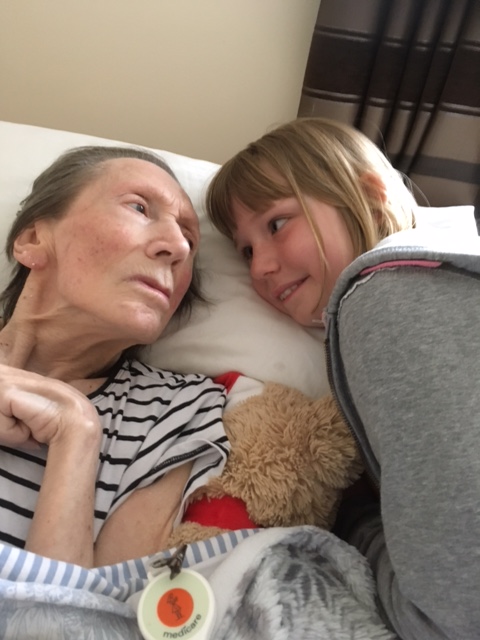 As part of its United Against Dementia campaign, ahead of Dementia Awareness Week, today we publish the findings from our largest ever consultation with people affected by dementia, Turning Up the Volume: Unheard Voices of People with Dementia conducted with Ipsos MORI**.

The report reveals nearly half (47%) of the UK adults aged between 16-75 years old questioned have not started saving for the care and support they might need in the future, and a third (37%) agreed that before being asked, they had not considered the cost of dementia care and support.

'The social care crisis is a dementia crisis. Many people with dementia and their families are buckling under the inordinate pressure of propping up a failing social care system that has been starved of funding for decades. Too many people are forced to give up everything they own in order to care day in and day out for their mother, father, husband or wife.'

'Repeatedly governments have failed to put a long term plan in place. On behalf of people with dementia, I challenge the next Government to create a long term, sustainable system for funding dementia care. Currently, many people with dementia feel deserted by the state, and must rely on family members and carers for the support they need.'

Turning Up the Volume: Unheard Voices of People with Dementia is an unprecedented look at what it is like to live with dementia now, bringing together the views of more than 3,850 people with dementia, carers and the public, in a series of in-depth interviews and face-to-face and online surveys.

The report also shed light on the poor quality of care which is unacceptable. A carer interviewed said:

'The care at home wasn’t working right. They couldn’t always feed them in the time they had, so very often they [parents] hadn’t either eaten or drunk. They [carers] didn’t always have time to change the bedding. They would either forget to do the meds or miss the meds.  One time there was a note left to say, ‘Derek, this is your meds’ and he’d never in a month of Sundays remember.'

The report revealed there is still an ongoing stigma around the condition, and that a sense of hopelessness surrounds a dementia diagnosis. It highlights how people can lose their sense of self, independence and the ability to live the life they want. However, when people with dementia are supported and can access to the right care and information, it showed they are able to live fulfilled lives.

Last month Alzheimer's Society launched its biggest ever campaign calling on the public to set aside their differences - from age to tastes and social standing to political allegiances - and unite in the fight against dementia, as it’s set to become the 21st century’s biggest killer. With this report’s new insight into what it means for people with dementia, it’s more urgent than ever that the public unites and joins the dementia movement.

The estimated time for saving for dementia care of 125 years is a suggested figure and is based on a number of considered assumptions. The calculations have been checked with a leading university to ensure they reflect a reasonable approach. It considers the typical amount of social care and support someone with dementia would need following a diagnosis, and how much that would cost up to the end of life.

The estimate assumes that, because social care is highly labour intensive, the cost of care will rise in line with average earnings (taken from the Office of Budget Responsibility long term projections).

On this basis it is estimated that people would need to save £800 per year, for a period of 125 years to have sufficient resources to fund the social care they are likely to need to live well if diagnosed with dementia, without making significant sacrifices. We have considered the OBR long term forecasts for interest rates on savings.

One reason that many people living with dementia now do currently fund their own care is that house prices have risen so rapidly in recent decades that many older people do have resources including the value of their house in excess of £100k.

On behalf of the Alzheimer’s Society, Ipsos MORI interviewed a total of 2,356 adults aged 16-75 in the United Kingdom between 13 – 17 January 2017. Interviews were carried out online on the Ipsos MORI i-omnibus survey. Booster interviews were carried out to ensure at least 100 interviews each in the North East and Northern Ireland. At the analysis stage the data was weighted to the known population profile for the United Kingdom of this audience.