We look at the reasons to remain optimistic despite the latest failed test for an Alzheimer's disease drug.

Yesterday, the latest drug in testing for Alzheimer’s disease failed at the final hurdle.

Despite promising results in an earlier trial, people taking the experimental drug intepirdine in the Phase III MINDSET trial did not see any substantial benefits in memory and thinking compared to those who took a placebo.

These disappointing results feel like yet another setback, but Dr Clare Walton our Research Communications Manager explains why we should still be optimistic. 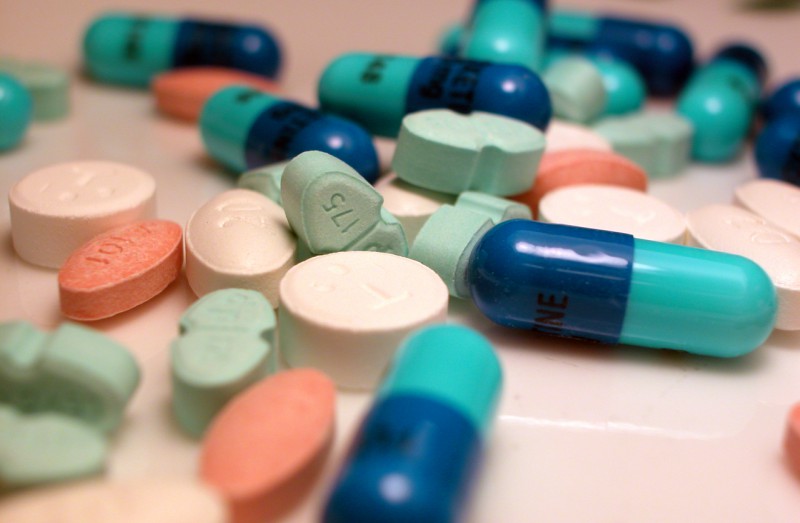 A drug to manage the symptoms of dementia

Intepirdine was being tested as an add-on to existing Alzheimer’s medications. It wasn’t expected to slow down the brain damage caused by Alzheimer’s, but based on earlier studies, researchers were hopeful that it would go further than the existing drugs to help people cope with the symptoms of dementia.

Given that we haven’t seen a drug approved for any form of dementia since 2002, new approaches to treat the symptoms and to slow the disease are both urgently needed.

Over 1,000 people with mild to moderate Alzheimer’s disease took part in the trial. They took either the experimental drug or a placebo every day for 6 months, on top of a stable daily dose of donepezil, the most common treatment for Alzheimer’s.

At the end of the study, there were no significant differences in memory and thinking abilities between those who took the drug and those who took the placebo. There were also no improvements in how well people were able to complete their daily activities such as dressing, cooking and using public transport.

The conclusion - that intepirdine does not work as a new drug for people with Alzheimer’s.

Broadening the focus of drug discovery

It’s true that drug discovery for Alzheimer’s disease has been riddled with negative results, but this latest failure isn’t a reason to lose hope.

Up until now, most Alzheimer’s drug research has focused on a very narrow range of targets. Drugs in development have either focused on the build-up of amyloid plaques, or have tried to change the imbalance of chemicals called neurotransmitters in the brain. This is what intepirdine does.

Although we know both of these mechanisms are important in Alzheimer’s, we also know of several other pathways that go wrong and contribute to disease progression.

Alzheimer's Society has recently committed £50m as a founding funder of the UK Dementia Research Institute, which will fund over 400 scientists to investigate the underlying causes of all forms of dementia. By exploring a much wider range of disease mechanisms, their research aims to unlock the doors to many alternative treatment approaches. 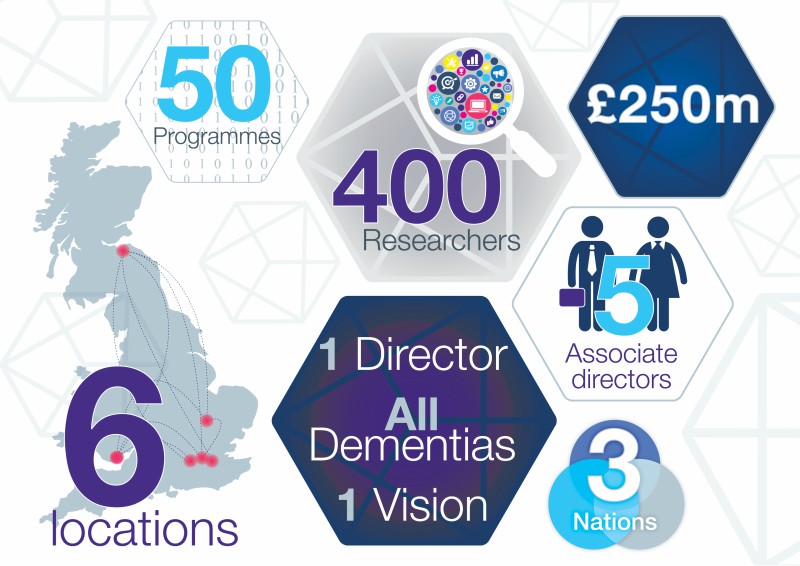 Researchers within the UK Dementia Research Institute, and indeed across our £30m research portfolio, are looking into a number of exciting leads. These include: the critical role that cells and chemicals of the immune system play in dementia; the way in which connections between brain cells are disrupted early in the disease; what changes in the complex relationship between blood vessels and brain cells as dementia takes hold; and more exploratory work such as the role of sleep and gut bacteria in predisposing people to dementia.

Working across these diverse research areas and casting our net more widely should dramatically increase our chances of finding new drugs that really work.

Dr Doug Brown, our Director of Research and Development, said: 'The UK Dementia Research Institute is a ground-breaking initiative that could not have arrived at a better time. As the number of people living with dementia in the UK is set to reach 1 million by 2021, the stakes are too high to fail.'

Time is of the essence

Of course for people living with dementia now, time is still the most important issue.

With another drug failure comes the disappointment that it will be a few years before we see the next promising drug trial deliver its results. While we wait, we need to look at ways to shortcut the drug development process – which is the focus of our Drug Discovery programme.

It tests whether drugs already in use for other health conditions such as diabetes, rheumatoid arthritis or high blood pressure, can work for people with dementia too, potentially reducing development time in half.

We're also investing heavily into care research that looks at non-pharmacological ways to help people with dementia manage their symptoms and to be supported to live in their communities as well as possible for as long as possible.

Your support will fund vital research at the UK Dementia Research Institute.

Much research done at Lancaster University ( Defying Dementia) which just needs another £100000 fof clinical trials to go ahead.

My wife is now into year 11 of Alzheimer. Never had organised help before but I've just had a quotation for 1 hour assistance/day. £200/week, nearly £900/month. For £1800/month she can be looked after full time in a nursing home in Spain.
The difference is incomprehensible or is it a symptom of rip off Britain :- ROB.

You may not be aware that Care Homes (Residencia) may be different to the UK.
My parents lived in Spain from1986 - 2015. They both had dementia that varied. My father died in 2007. My mother did not manage well without him and his various language skills. 2009 - 2010 she deteriorated and I found a Residencia in Mijas Costa. The fees were well under 2000 euros monthly to start with, sharing. Within 6 months the fees kept escalating for nothing extra! Long story! I then found a Home not far from Mijas.For 18,000 EU monthly, she had her own room on the ground floor, meals etc all in. This was the best Home by far. The owner then developed cancer, she returned to UK for treatment and then decided she would have to stay in the UK. She placed a Manager to run the Home, he was not a nice person at all, put the fees up, moved my mother to a 2nd floor room, sharing. Trul a dreadful man! She then went to a Home who seemed ok to start with but turned out to be drugging my mother to keep her quiet: to stop her walking around to talk to people. I spoke to her 1 evening on the Phone and she sounded drunk!! This was investigated and I was sent the Notes. These fees also
started to rise. Her last home was similar, I was quoted a monthly price which would apparently be "all-in". After the first some month I was emailed an invoice for laundry services @ 50+ euros a week!! also for medication that she had always free arranged by Spanish social services, years before. Aged 90 she was placed with another resident to share a small room. This other lady developed flu which my mother caught as she was in close contact. She died 2 - 3 weeks later with OPD. When I requester her belongings be packed up and retuveryrned via a Carrier arranged by me there was much fuss as apparently belongings of the deceased are shared among other residents.
When I eventually received her belongings it appeared that much of her clothes and other belongings had already been "shared". There should have been jewelry, some valuable that mum would not part with, 4 - 6 photo albums, mum would not part with these either. and other things, some irreplaceable. Included were a few of her diaries, some of the entries were interesting! The DD for fees
was actioned on a monthly basis, I did not get a refund of 31/2 weeks fees paid
after she died. BE WARNED! PLEASE.

Hi Paul - if you'd like to talk to someone about help with dementia care, please do contact our National Helpline team: https://www.alzheimers.org.uk/info/20012/helpline They can provide some assistance and answer any questions you might have. Thanks, and all the best.

This going completely blunt here, but stem cell research is the way forward. For get your religious beliefs, God doesn't help matters.

[…] The Alzheimer’s Society reports that the latest drug being trialled as a treatment to help reduce the symptoms of Alzheimer’s disease has failed. Despite promising results in an earlier trial, people taking the experimental drug intepirdine in the Phase III MINDSET trial did not see any substantial benefits in memory and thinking compared to those who took a placebo. There were also no improvements in how well people were able to complete their daily activities such as dressing, cooking and using public transport.Intepirdine was being tested as an add-on to existing Alzheimer’s medications. It wasn’t expected to slow down the brain damage caused by Alzheimer’s, but based on earlier studies, researchers were hopeful that it would go further than the existing drugs to help people cope with the symptoms of dementia.Despite this setback, the Society remains optimistic that the broader research focus of the UK Dementia Research Institute, which will fund over 400 scientists, may unlock the doors to many alternative treatment approaches. […]

[…] disease, and while researchers are pushing hard to find a cure, their efforts so far have met with failure. With no effective treatment on the horizon, prevention has become the only game in town. […]