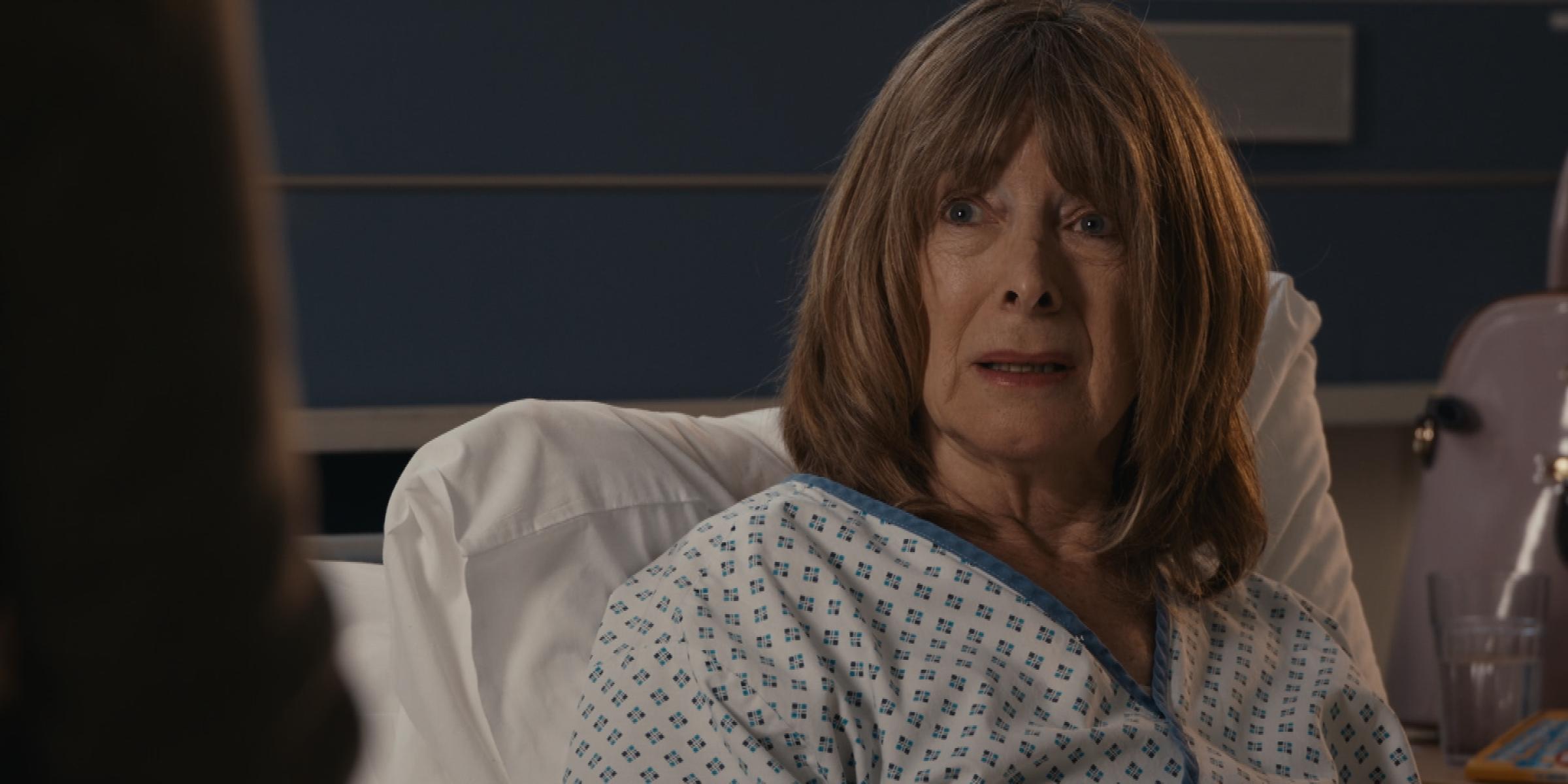 The programme will follow Carole’s story in the coming months as her dementia progresses, highlighting key moments along her journey. Carole is supported in the show by her son Dom (played by David Ames), who is a doctor at the hospital.

Alzheimer’s Society has worked with the programme's team on the story, reviewing scripts and giving feedback to make sure the portrayal of dementia is accurate.

We spoke to Holby City producers Seán Gleeson and Ben Wadey about highlighting dementia on the show, and what they hope viewers will take away from the story.

Why did you decide to focus on dementia on Holby City?

Seán Gleeson (Series Producer): Dementia is a disease that touches so many people, and it’s felt almost more so through the enforced isolation of the coronavirus pandemic – certainly for my family. With Carole being such a well-loved character in the show, it was felt that telling the story through her would be both a potent and affecting tribute to those affected by dementia.

Your wellbeing and support during coronavirus

The pandemic continues to place a huge strain on many people’s health and wellbeing, especially those affected by dementia. Our advice here sets out support available from Alzheimer’s Society and others, and how you can help look after your own physical and mental health.

Ben Wadey (Story Producer): Dementia is a hugely important issue, and one that will sadly touch many people at some point in their lives – whether through family, friends or themselves. It’s always important for us to use our platform to raise awareness, reduce stigma and normalise illnesses like these.

What were some of the aspects of dementia you were keen to portray?

Seán Gleeson (Series Producer): I think there were several distressing elements of the disease we wanted to witness, almost in an act of solidarity. One aspect that I found most affecting, though, was how it’s okay to join in with the alternate reality or imagination of a person with dementia if it helps and comforts them. It’s not ridiculous or shameful. It’s another opportunity to have some moments interacting.

Ben Wadey (Story Producer): Dementia can be cruel; it can be scary for the person, but also upsetting for those family members who watch the decline of a loved one. However, as with many things in life, it can also bring humour, warmth – and reunite families. We were especially keen to show the complex fallout that a dementia diagnosis can have, from the heartbreak, through the laughs – and ultimately the love between Carole and Dom.

Ben Wadey (Story Producer): Carole’s as proud a mum as you can get and she relishes the moments she gets to spend with her only son. So she’s scared that telling him about her diagnosis will push him away, or that he’ll treat her differently.

Telling people about your dementia diagnosis

Dementia will affect many areas of your life, including your relationships. However, there are ways to prepare for and adapt to these changes. Talk to people about your diagnosis when you’re ready. Be honest and let them know how you’re feeling.

Carole knows that in the coming months things will change forever – so she decides to sit with the news for a bit first, and enjoy spending time with Dom before everything changes for them both.

How did you help the actors prepare to depict dementia accurately?

Seán Gleeson (Series Producer): The team organised a workshop discussion and had advice from Alzheimer’s Society to support the work of all involved. But then there was plenty of anecdotal evidence once discussions started too. Many people had stories of family members. The actress herself, Julia Deakin, was also keen to give as authentic portrayal as possible and did a lot of her own complimentary preparation.

Is there anything you learned about dementia while making the show?

Seán Gleeson (Series Producer): Not necessarily, but that may be because I lived with my father-in-law for the last year of his life and decline with vascular dementia. The episodes were a good opportunity to witness and pay tribute to those people affected by this cruel disease.

Ben Wadey (Story Producer): We were really impacted by the amount of people who told us their own stories and how they had been affected by dementia. From those who have lost loved ones, to those who suspect that somebody they know is displaying early signs. It really is something that impacts so many people, in so many different ways.

What do you hope viewers take away from the storyline and Carole’s dementia journey?

Seán Gleeson (Series Producer): I hope that we can help cast a wider light on dementia, break some taboos and show people that they are not alone with it. Dementia can be cruel and harsh, but the person and their family can still share loving moments and a dignified end.

Ben Wadey (Story Producer): Aside from raising awareness and hopefully setting out some of the reality of what it’s like to go through treatment with dementia, we hope our viewers will be reminded to take time to appreciate those that they love. Life’s too short, and we need to make and cherish memories while we can.

Holby City is available on BBC One and iPlayer. If you're affected by dementia or worried about your memory, we're here for you:

Assessment and Diagnosis, Arts and Culture
Back to top