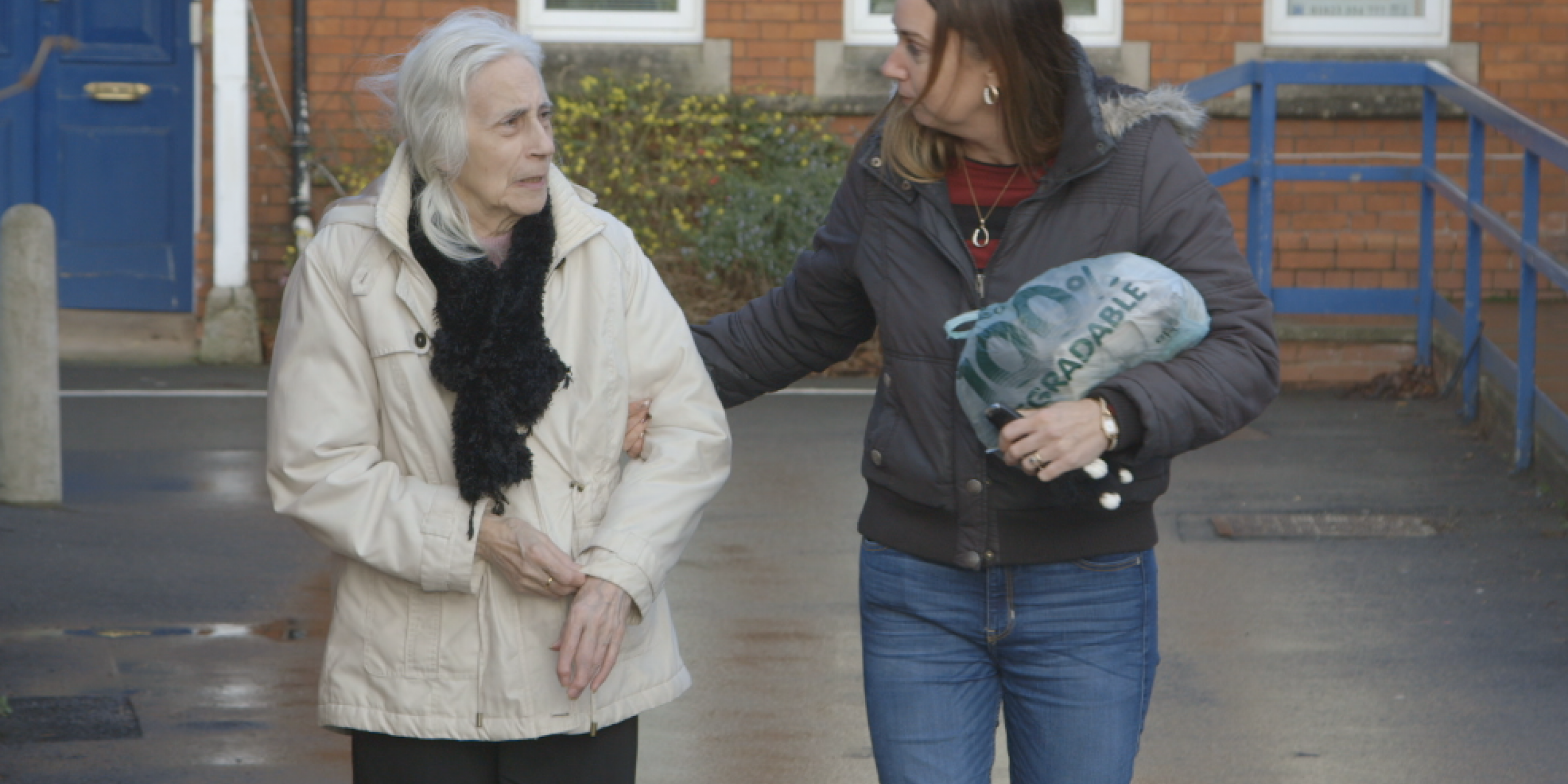 Tonight at 9pm the BBC will air the first of a two part Panorama series looking at the state of social care. The Crisis in Care programme highlights the issues with dementia care in the UK, revealing the human costs of a failing system.

In an unprecedented move, Somerset Council granted full access to BBC Panorama for a year in the interests of showing how years of budget cuts are impacting the services they can provide - and the lives of people who depend on the care system.

The programme tells the story of Barbara, who has Alzheimer’s, and her daughter Rachel who cares for her. When the council has to close the specialist day centre Barbara attends, a suitable replacement is hard to find and Rachel is left exhausted by the demands of caring full-time.

Budget cuts are putting the burden on unpaid carers

This is far from an isolated incident - Somerset County Council is not alone in battling budget cuts.

The same pressures are being felt all across the country. Since 2010, councils have had almost half of their funding from national government cut and, as a result, are forced to cease vital services in order to stay afloat. This means that people like Barbara and Rachel, who rely on public services as a lifeline, are being let down.

Across England, the number of people over 65 receiving long-term care has dropped by more than 20,000 since 2015/16 - this is in spite of the population ageing and thousands more people now living with dementia.

A funding gap of more than £1 billion

This year adult social care services across the country are facing a funding gap of more than £1 billion – and that’s just to continue delivering the amount of services they currently are, not do anything else. It is no surprise, then, that more than a quarter of the nearly 2 million requests for social care support in 2017/18 resulted in no services being provided.

Ordinary people are being forced to plug the gaps in services.

As Rachel says in the Panorama episode, people care for their family members “out of love” – but this still takes a toll. The balance of responsibility between the individual and the state has to be addressed so that unpaid carers aren’t left to pick up all the strain.

Sandra’s story: ‘In just two months, nearly all of Mum’s savings had been spent on her dementia care’ 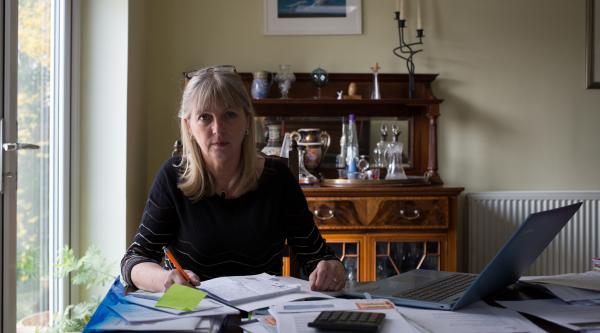 Real stories
When Sandra’s mum’s application for NHS Continuing Healthcare was turned down, she had to use her life savings to fund her own care. Read their story, and why we need a Dementia Fund to fix this unfair system.
54

We need action from the Government on this issue

The Government must respond to tonight’s programme. Social care reform has stalled, with a Green Paper designed to put forward a long-term, fair funding solution delayed five times in just two years. With a new Prime Minister imminent, they must say how they will tackle an issue that successive governments have failed to act on.

A Dementia Fund is needed to help with care costs

Meanwhile, Alzheimer’s Society is calling for a Dementia Fund to be included in this year’s spending review. The Fund is designed to shore up the system in the shorter-term, giving people with dementia greater access to affordable, specialist care.

A Dementia Fund would break the deadlock on care reform, providing a lifeline to hundreds of thousands of people living with the condition while a long-term funding solution is sought.

For many people, the intricacies of the social care system are not something they become aware of until they have to navigate it themselves. This is a crisis behind closed doors.

Tonight’s Panorama pulls back the curtain to reveal the human cost of a system that is unfair, unsustainable and in need of urgent overhaul.  Let’s hope the people with the power to change things are watching.

Stand with us and ask for better care

We are standing up for people who need better care, will you stand with us? Add your name and join our Fix Dementia Care campaign today.

I have found that the level of support I have received for myself as the sole carer for my husband is next to zero. Last August I was at my limit of endurance I asked for help. The Carers Association came and assessed me, they gave me a care plan which basically signposted me to Care homes etc. Basically I was on my own. The Memory Clinic sent my husbands consultant to see us, he asked my husband why was he depressed. He said “you have a lovely home and your wife is looking after you well”. He gave my husband some anti depressants and said he would look into respite care, and we would be receiving more regular visits. I’ve heard nothing since about respite and I’ve had no more visits. I asked the Alzheimer’s Society for help they came to see me on the 9th September, another list of Care homes and leaflets and books to read and a book to log any health care visitors, so far there are no entries in it. The last few months my husband has been going to a great daycare centre now upped to two days a week. For which we have to pay. For the last 3 years I haven’t had a full nights sleep (my husband wakes for the toilet several times a night and I have to get up with him because he can’t find the way), I am exhausted. We’ve been informed that we are self funding which basically means you are on your own.

I have worked as a HCA for 17 years 15 of them working with people who have dementia. I've seen families having to sell their homes and lose their jobs due to having to care for their loved ones. The amount of pressure these poor people go through puts a enormous strain on them which then makes their health go down. More needs to be done and fast. This is a illness that can not be cured but with the support and care that they truly deserve there's no need for anyone to suffer.

I have been fighting the care system for years to get a diagnoses and finally this year we got the diagnoses for my wife and it is what I have dreaded over the years and it is Alzheimer's Dementia, my wife is 55 and I've worn myself out and the carers some some bad, several do not know a thing about the disease and play games on their phones instead of talking and looking after my wife, some are young and just dumped into society as the care agencies are so short of staff.

My health is poor with severe epilepsy, arthritis and partially sighted, the system has exhausted both of us and I have never given up and never will until it kills me.

Something urgently needs to be done as the system as it stands is failing because of a lack of funds.

Also there is severe lack of good healthy and safe social housing with some sort of support from them instead of having to bid for a home.

After watching the programme which I found both heartbreaking and uplifting, I felt so humbled, how in such difficult situations the people filmed were doing their best to remain positive. I feel there should be a national outcry to the government, who should hang its head in shame.

I also watched the programme & was ashamed at our dreadful system in England. It appears a lot worse than when I had first hand experience dealing with NHS in 2015 to obtain Continuing Healthcare benefits to help me nurse my Wife Pauline who had disabilities & Alzheimer's Disease. I was successful at an Appeal because I got professional advice & assistance.
After my Wife died in 2016 I launched a website to help people prepare for NHS Assessments . Full details are at https://continuinghealthcare.wordpress.com/
Thorough preparation is necessary in my opinion. NHS will not Assess people fairly unless forced to do so as the current system is dependant on opinion , & of course available finance. Joined up thinking is required between NHS & Social Security but I don't believe this happens at present. The system is failing people & the Green Paper has been delayed for political reasons in my opinion.
If the overall needs are complex & you are not coping you should be helped by the Government. NHS Benefits are not means tested so help should be provided without you having to pay from your income or by selling your House!