Research
Grow your own neurons
Care and cure magazine: Summer 19

New evidence in this hotly debated field suggests that we might still be able to make new neurons as we age. Sian Gregory, science writer and executive on our Will to Remember team, finds out what this means for Alzheimer’s. 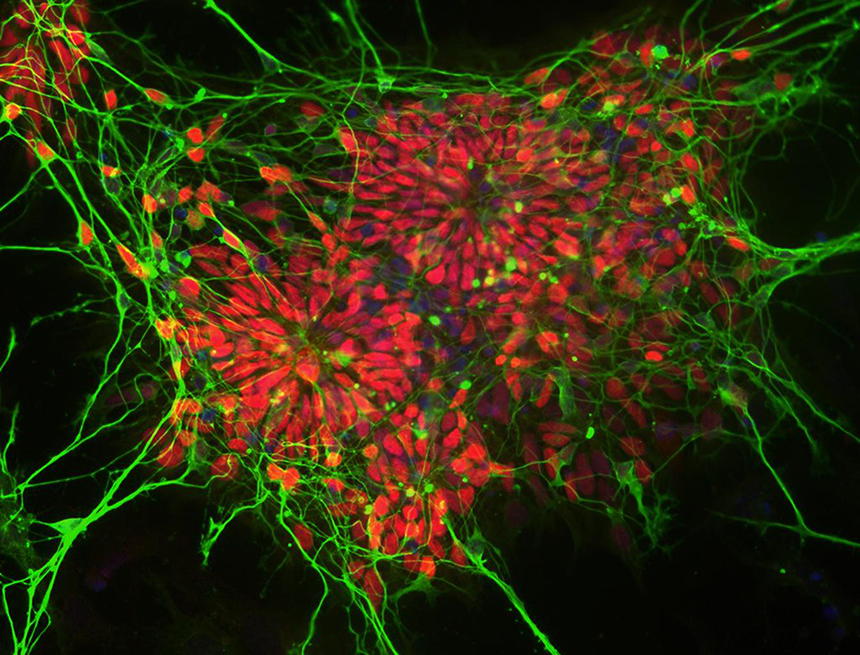 Memory and the hippocampus

Understanding how we think, learn and feel is a fast-paced and complex area of research. Different parts of the brain are responsible for different functions, from communication to our five senses.

The hippocampus, a small seahorse-shaped part of the brain, is essential for making memories, and neurons are cells in our brains that allow us to think, feel and act.

The brain and dementia

Knowing more about the brain may help someone caring for a person with dementia to understand the condition and support them better.

In Alzheimer’s, neurons in the hippocampus begin to die off early and it is the most severely affected brain area in the disease.

The brain is different from other body parts, as it mostly does not regenerate as we age.

Brain cells that you have as a toddler will more or less be the same ones that you live with throughout your life. Yet it has been suggested that the hippocampus might have a special ability to create new neurons as we learn.

Evidence of the creation of new neurons in the human hippocampus was first shown by Professor Fred Gage’s research group in 1998 and has been hotly debated ever since.

If true, it could represent a potential way to replenish the neurons that die off as a result of diseases like Alzheimer’s. However, although the evidence of new neurons is strong in mice, research so far has struggled to confirm it in people.

In April 2019, research from Dr Maria Llorens-Martin’s group in Spain looked as though it could be the first clear evidence of the human adult hippocampus making new neurons.

Dr Llorens-Martin’s group showed not only that the adult human brain is able to make new neurons, but that this ability stays with us even into our 90s. They showed that the creation of new neurons is a slow process, with the cells gradually maturing into proper functioning cells over time.

Does Alzheimer’s change this?

The progression of Alzheimer's disease

This page explains how Alzheimer's disease progresses through the early, middle and late stages.

Alzheimer’s disease is characterised by the build-up of protein ‘plaques’ and tangles in the brain. The researchers noticed that the decline in new neuron production began before the plaques and tangles had formed. This finding could prove to be a key early diagnostic tool for the future.

This research is important because it highlights how Alzheimer’s is not a natural part of growing older.

Instead, this data suggests that far fewer new neurons are made in the brains of people living with Alzheimer’s disease than in older people without the condition.

This research is still in the very earliest stages and further study is needed. Yet, armed with this new knowledge, researchers can begin to consider using the creation of new neurons as a potential therapy for Alzheimer’s disease.

Care and Cure magazine, Alzheimer's disease
Back to top

'The brain is different from other body parts, as it mostly does not regenerate as we age.' Says Sian Gregory. That's a very interesting and important statement. I wonder if it's true and, if it is that's very important.

As, if the brain really does not regenerate after an injury. It must be very important to look after the brain.