A progressive new research programme has just been funded by UK Dementia Research Institute (UK DRI), in its first investment in Huntington’s disease since the Institute was established last year. 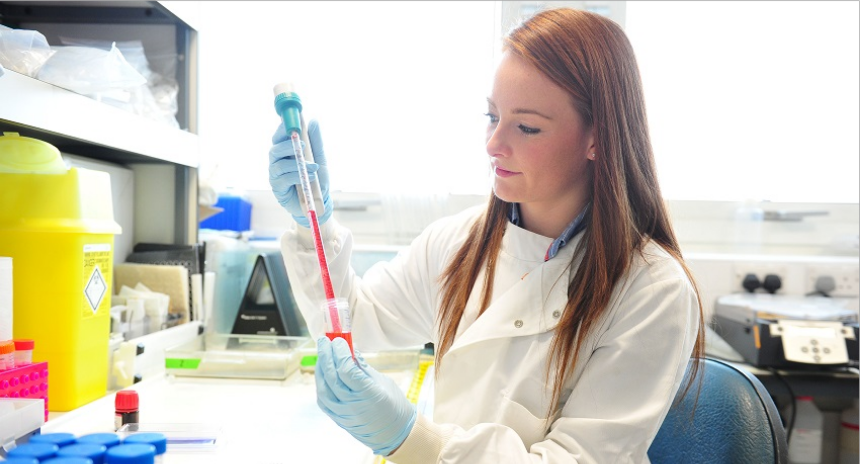 The programme will be led by Professors Gillian Bates & Sarah J Tabrizi from University College London (UCL) and will look to better understand the DNA damage that occurs as this neurodegenerative disease unfolds as well as the potential for better targets for treatment.

Huntington’s disease is an inherited condition caused by a faulty gene in our DNA which affects the nervous system and can impact movement, learning, thinking and emotions. The disease usually progresses and gets worse over a 10-25 year period from when it initially appears.  It was previously thought that 4-6 people in a population of 100,000 were affected by Huntington's disease. However, UK research carried out in 2012 found the actual figure for those affected by the condition to be about 12 people per 100,000.  It's estimated that the number of people who have the Huntington's gene and are not yet affected is about twice that of those who have symptoms.

Exciting progress has been made in identifying potential ways of slowing down or halting the condition by switching off the faulty gene that causes Huntington's disease, but there remains no cure. The leaders of this new five year UK DRI research programme are internationally recognised experts in Huntington’s research and the programme will open up previously unknown avenues of systematic molecular research, for real impact on our understanding of the disease.

Based on statistically robust genetic evidence, this research is focused on two very interesting Genome Wide Association Study hits implicated in repeat instability, discovered through significant contributions by the investigators. This new study aims to determine what role the molecules MSH3 and FAN1 play in Huntington’s disease progression. The researchers will also explore the role of other DNA damage response proteins that might be relevant for other neurodegenerative disorders.

The researchers have chosen high quality collaborations to bring together public and private expertise and have assembled a compelling range of cell and animal model systems upon which the work will be based. The study has a high potential to deliver important mechanistic insights and a novel therapeutic approach to Huntington’s Disease.

'Dementia comes in many different forms, and it is vital that people with rarer types such as Huntington’s disease know that they are not being neglected by the research community. Many forms of dementia are linked to faulty genes and toxic proteins, so understanding the underlying factors for one condition has the potential to give us insights into other forms of dementia. We are thrilled that the UK DRI will include this innovative project into the genetics of Huntington’s disease, led by a world-renowned team. We are very much looking forward to seeing the results that will come from this investment.'

'The most recent addition to the UK DRI at UCL are two famous Huntington's researchers: Gill Bates and Sara Tabrizi.  Together they oversee a broad spectrum of fantastic Huntington's research: from basic science up to clinical trials trying to modify the course of this terrible disease. They bring an exciting programme around DNA damage and repair. We are really pleased to have both on board: they bring an enormous expertise to the UK DRI and all of us can learn from the scientific insights of these two leaders in their field.'

'Sarah Tabrizi and I are delighted that the UK DRI will fund our research programme aimed at understanding the mechanism by which genetic modifiers influence the age of onset and progression of Huntington’s disease and the potential for therapeutic benefit. This will embed a UK DRI research programme within our Huntington’s Disease Centre and bring our research closer to the wider UK-based dementia research community.'

This is the first UK DRI funded programme of work that tackles Huntington’s Disease and showcases the type of science that will be a hallmark of the UK DRI- innovative, collaborative and world-leading. UK DRI will carry out research relevant to all dementias, including Alzheimer’s disease, Parkinson’s disease, frontotemporal dementia, vascular dementia, Huntington’s disease and beyond.

The UK Dementia Research Institute (UK DRI) is a joint £250 million investment from the Medical Research Council (MRC), Alzheimer’s Society and Alzheimer’s Research UK. The UK DRI breaks new ground by bringing together world-leading expertise in biomedical, care and translational dementia research in a national institute. The institute will be made up of over 400 scientists carrying out rich, varied and integrated programmes of research.

Read more about dementia research on our blog.

Do you, or someone you know,  have an idea for a product or service that will change lives of people affected by dementia?  Now's your chance to partner with Alzheimer's Society.
Real stories

Real stories
Disturbed nights can be hugely challenging for people affected by dementia, but a sleep study is aiming to improve quality of life.
1
Real stories

New research presented today (Tuesday 27th July) at Alzheimer's Association International Conference (AAIC), held in Denver, USA, estimated that the number of people with dementia will nearly triple to more than 152 million by 2050.