Advice and practical tips for enabling an LGBT person with dementia to express their identity.

Supporting an LGBT person with dementia

Some people with dementia also experience negative attitudes from people who do not understand the condition, or who find it difficult to accept that the person has dementia. If a person experiences prejudice or feels isolated because of both their dementia and their sexual orientation or gender identity, they may be feeling very vulnerable. It is important to try and help the person to feel safe. They should feel that their sexual orientation or gender identity and their dementia are acknowledged, and that they are not being judged, ignored or discriminated against.

If a lesbian, gay, bisexual or trans person is in a relationship, it is important that this is acknowledged. Sometimes LGBT people find that others, such as care professionals, make assumptions about their relationships. For example, if a gay man is visited by his partner, care professionals might assume the person is his brother or friend. This may not be discrimination but it can still make a person feel distressed and that their identity isn't being acknowledged.

Telling others about sexual orientation or gender identity

When the person develops dementia, it can be even more challenging to make this decision. There may be several people involved in their support and care and they may have to decide whether to disclose their sexual orientation or gender identity to all of them.

If the person is unable to decide whether to disclose their sexual orientation or gender identity, they should be supported to make a decision as far as possible. If they do not have the capacity to decide, there may be circumstances where their carer may have to make this decision. It is important that any such decision is made in the person's best interests, and not to satisfy anyone else.

Some people will want professionals to know about them being L, G, B or T, so that services can provide them with appropriate support. However, other people won't want to disclose their sexual orientation or gender identity and this should be respected.

If a trans person hasn't had gender reassignment surgery and professionals are providing personal care, they may become aware of the person's gender identity even if they haven't chosen to disclose it. However, it is important for the person to be respected and there are ways to manage this. It can help to talk to the person about how they would like to address the situation and consider building relationships with care professionals early so that the person feels safe and comfortable with them. They should be able to support the person appropriately and with dignity and respect.

People with dementia can sometimes lose their sexual inhibitions. In addition, as dementia changes the brain over time, people occasionally become much more or much less interested in sex.

These changes can affect anyone with dementia. However, for an LGBT person who has not shared their sexual orientation or gender identity, the ways they behave may reveal these to other people. For instance, a bisexual woman with dementia may express emotional, romantic or sexual attraction to another woman in front of people who don't know she is bisexual. It may help to talk to each other about what to do in this situation so that you are both prepared. For example, ask the person if they would want to disclose their sexual orientation if this happened. 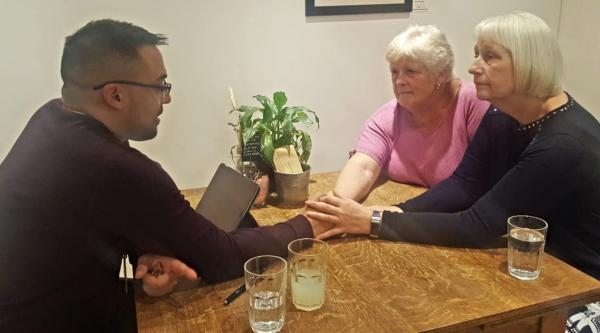 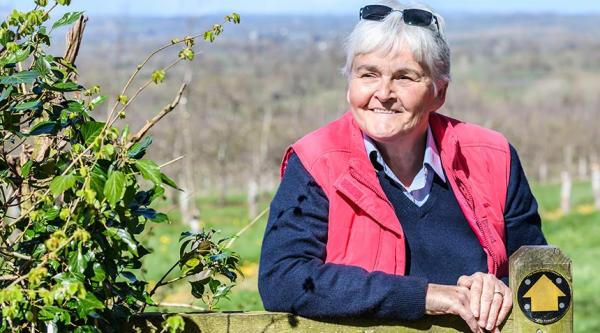 Real stories
After initial denial and dread about her dementia diagnosis, Sue Strachan’s awareness raising now includes appearing in a TV series and being an ambassador for Dementia Revolution.
0
Real stories 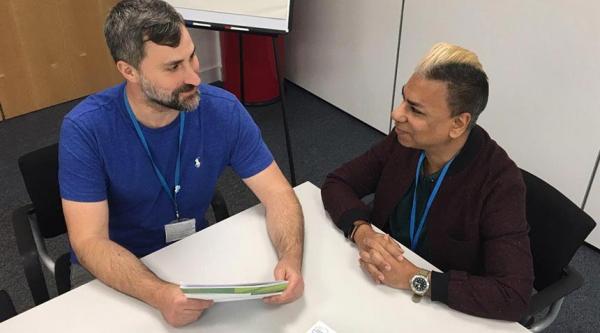 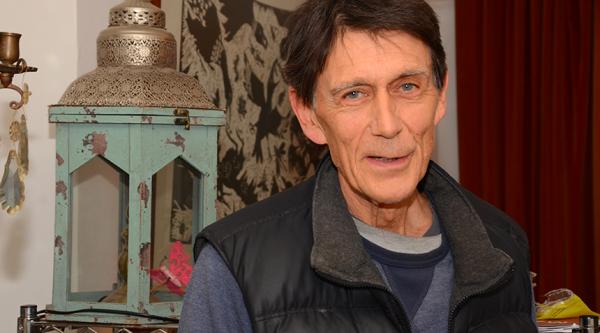 Real stories
As he tackles both bereavement and dementia, Nicky Stephens remains determined to maintain an active lifestyle.
8
Advice

Find other useful organisations and resources to support you as an LGBT person living with dementia.