Research
The UK’s biggest killer: why are deaths from dementia on the rise?
Blog

Recent news headlines have reported dementia is the leading cause of death in the UK. Dr Clare Walton from our research team looks at the reasons why deaths from dementia are on the rise and how the numbers compare with deaths due to other major diseases.

The latest death statistics for England and Wales, released by The Office for National Statistics (ONS), showed the number of people dying of dementia is steadily increasing year on year.

In contrast, the number of people dying from heart disease and stroke has been declining.

In 2015, dementia overtook heart disease and stroke as the UK’s biggest cause of death.

This graph shows the percentage of all UK deaths from the top four leading causes in 2017. These were dementia, heart disease, stroke and lung cancer.

Why is dementia now called the biggest cause of death in the UK?

There are a few reasons why dementia is now being called UK’s biggest killer.

A greater awareness and understanding of dementia mean more people are now receiving a diagnosis.

We estimate that two thirds of people with dementia in the UK have been diagnosed which is up from only 40 per cent of people in 2012.

Statistics for dementia as the leading cause of death 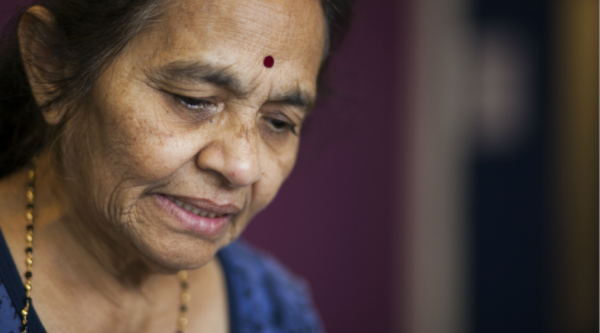 Research
Read more about figures from the Office for National Statistics showing that dementia is the most common cause of death in England and Wales.
2

Alzheimer’s Society has long campaigned to increase the diagnosis rate so that people with dementia can gain access to vital treatments and support services.

With more people receiving a diagnosis, the figures are getting better at showing the true scale of dementia in the UK.

Due to medical advances, more people than ever are surviving heart disease, strokes and many cancers.

Age is the biggest risk factor for dementia, so as we are living longer the number of people developing dementia is increasing.

Dementia is a life-limiting condition and more research is needed to find treatments that can slow or stop the diseases that cause dementia from worsening.

Reliable death records are important to follow changes in the impact of diseases and to decide priorities for medical research.

In 2011, the ONS made changes to the way deaths due to dementia are recorded to better reflect guidance from the World Health Organisation (WHO).

Your answers: After a fall 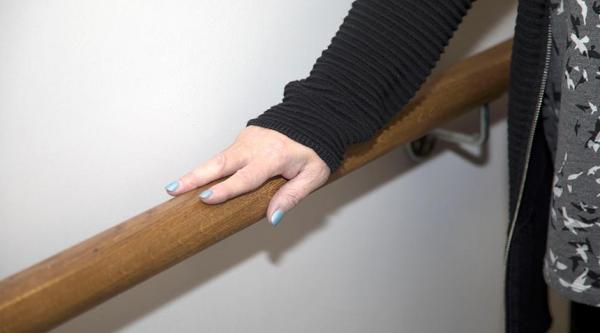 Advice
Talking Point members and readers on supporting a person with dementia after they’ve had a fall.
0

Now if a person dies with dementia, doctors can report it as the main cause of death on their death certificate. Previously, the immediate cause of death would be listed, such as a fall or an infection like pneumonia.

But in many cases, these illnesses are a result of the underlying dementia causing increased frailty, a weakened immune system or problems with swallowing.

The ONS also updated their coding system so that vascular dementia would be reflected in the dementia category instead of the stroke (cerebrovascular disease) category.

How does the rise in dementia compare to other diseases?

Under the revised methods, the ONS groups all forms of dementia including Alzheimer’s disease together into one category.

In 2018, dementia was given as the leading cause of death in the UK, listed on 12.8 per cent of all death certificates.

In contrast, cancer is separated out by disease type so lung cancer, breast cancer, pancreatic cancer, etc are all analysed separately. Lung cancer caused the most deaths of all cancers in 2018, recorded on 5.5 per cent of death certificates.

However, if all the different types of cancer were grouped together, cancer would have been responsible for the 27 per cent of UK deaths last year.

This graph shows the leading causes of death in women in England and Wales in 2018 with all types of cancer combined. (Age standardised death rates per million women).

Urgent action is needed to turn things around

Although things are changing, current death records are still a big underestimation of the true numbers of people dying with dementia.

Two recent studies estimated that over 40 per cent of people who die with dementia in the UK still do not have it recognised on their death certificates.

Whichever way you cut the numbers, dementia is rising and is a major health crisis.

With an ageing population, no effective treatments to slow it and an overstretched care system, we need to take action.

We need to boost investment into research for treatments that can slow or prevent dementia. Research is also critical to find effective ways to care for people with dementia from diagnosis through to the end of their lives.

Medical progress has saved and improved the lives of thousands of people with heart disease, stroke and cancer and now it’s time to see the breakthroughs in dementia too.

Alzheimer’s Society is working tirelessly to challenge perceptions, fund research and improve care and support. We rely on your donations. Let’s take on dementia together.

Risk Factors, End of Life
Back to top

Yes, support research for a cure but in the meantime, we must do things to improve the quality of life for those currently living with dementia. They can’t sit in boredom and loneliness waiting for a cure. These two things must happen together!

Hi Mary, thanks for your comment.
We agree – improving the quality of life for people living with dementia now is very important.
In fact, Alzheimer’s Society is the only UK charity investing in research into the cause, cure, care and prevention of dementia.
You might be interested in learning more about our research Centres of Excellence. They focus on themes that really matter to people living with dementia – such as the best ways to support people after a diagnosis and how to live well with dementia: https://www.alzheimers.org.uk/centresofexcellence
We are always dedicated to defeating dementia through research.
Sign up to our monthly research update to learn more: https://www.alzheimers.org.uk/research-updates
-
Alzheimer’s Society blog team

Is it common for antidepressants to be taken alongside the taking of medication for dementia.

Hi there, thanks for getting in touch.
Depression and anxiety can coincide with dementia. Some forms of dementia, such as Parkinson’s disease dementia, are more commonly associated with depression. We know that people living with long-term depression can be at greater risk of developing dementia than those who don’t. In some cases, depression can mask the early symptoms of dementia, which can make diagnosis more challenging. It can also sometimes make the symptoms of dementia worse. There are many different ways of treating depression, from talking therapies or cognitive behavioural therapy (CBT) to prescription medication. You can read more here: https://www.alzheimers.org.uk/about-dementia/symptoms-and-diagnosis/tre…
We hope this helps.
-
Alzheimer's Society research team

There's little point, it seems to me, for doctors to prescribe a host of pills just o keep suffers of dementia more or less alive. The aim should be to make the dying of an Alzheimer sufferer as 'comfortable' as possible. Death is a fearsome matter for most people. There must be ways to lessen the fear and dread.

Hello Howard, thank you for sharing your thoughts.
End of life care, and research into ways to improve it, is a priority of Alzheimer's Society.
Burdensome end of life care, such as medical interventions that cause unnecessary suffering but do not extend life, is an area that we are currently researching.
You can read more about this work here: https://www.alzheimers.org.uk/research/our-research/burdensome-care-adv…
Our researchers are putting into practice Namaste care in care homes in the UK. This is a multi-sensory technique that helps people with advanced dementia connect to the world around them and soothe agitation. Ongoing research is finding better ways to support carers, care homes and health and social care professionals during end of life care.
We hope this helps.
-
Alzheimer's Society research team

I've been experiencing brain fog, problems with memory, concentration, word finding, executive functioning, spatial cognition and egocentric orientation for some time. I do not as yet have a diagnosis of AD, but my neuro-cognitive vitals are very low (I'm 59 and generally very fit despite a diagnosis of vestibular migraine, which may be linked to sensitivity to certain foods, such as dairy and gluten). I had an MRI brain scan in 2017 and all was fine, but my symptoms are slowly progressing. I'm seeing a group of Functional Medicine practitioners who have also trained with Prof Dale Bredesen (published his book, 'The End of Alzheimer's' in 2017). There is no mention anywhere on this website about his work.....people are recovering from Alzheimer's disease by using a form of his ReCode method, but also independently by simply changing their diet, sorting out exposure to toxins in the environment and avoiding the additives in our food chain, among other things including MCT oil. I appreciate the evidence base is still in its infancy, but this research could revolutionise our whole understanding of AD and perhaps other dementias!

I am awaiting the results of the ApoE gene test, but I've started the Terry Wahls's Paleo diet and I'm already noticing an improvement. Dr Terry Wahls develop her dietary protocol when facing a life bedridden from MS....within a year she was walking again and started cycling. We have to look more at the why, not just the what.

Hi Liz, thanks for your comment.
The Bredesen Protocol, which you’ve mentioned, is a type of alternative therapy that intensively uses diet, physical activity, nutritional supplements and herbal medicine to 'reverse' dementia. It is mostly sold through the services of alternative health practitioners, particularly naturopaths and nutritional therapists.
Given what we already know about risk factors for dementia, it makes sense that managing health issues (such as vitamin deficiencies, type 2 diabetes and high blood pressure) would have a positive effect on someone’s memory and thinking abilities. Despite some claims, there is no firm evidence that this type of intensive lifestyle regime can ‘reverse’ Alzheimer’s disease, so the way this approach is being marketed is concerning.
A holistic and person-centred approach to treating dementia is welcome, but Professor Bredesen’s intervention would need to be properly tested in clinical trials so that people can make informed decisions about its benefits. As you’ve mentioned, the evidence is currently lacking.
Here’s more information on what we do know helps to reduce the risk of dementia: https://www.alzheimers.org.uk/about-dementia/risk-factors-and-preventio…
We hope this is useful, Liz.
-
Alzheimer’s Society research team

I think work needs to done on the causes of dementia. My mother was diagnosed with vascular dementia in 2013 we think she started in 2011. She was on tamazipan sleeping tablets from 1958. The heart failure tablets from about 2010. She had a stroke on 1 September 2019. We didn’t think she would make the end of September. They took her off all tablets. She celebrated her 94 birthday on 15 jan. 2020. I wonder why on earth she was on heart tablets. I am sure drugs are behind the rise in dementia. Some people in my mothers care home are my age. Please do research into the causes.