We hear from self-help group in Worcestershire for carers of people living with dementia. 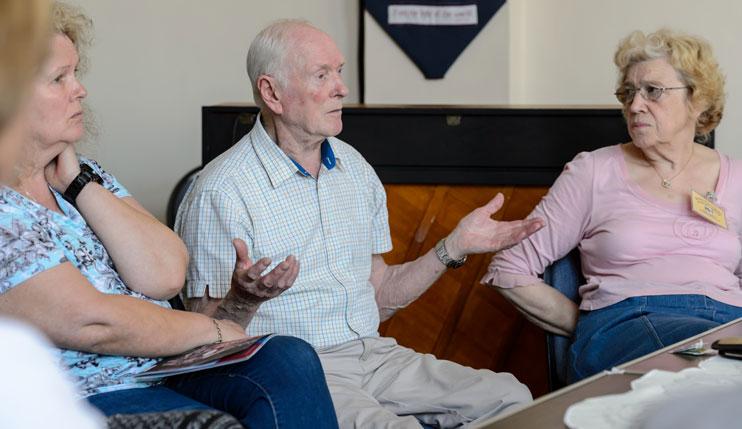 Once a month, a group of current and former carers of people with dementia meet in Kidderminster, Worcestershire to share advice, support and information.

The Wyre Forest Dementia Carer's Support Group was founded in 2011 by people who had attended an Alzheimer's Society Carer Information and Support Programme (CrISP).

Two of the carers on that CrISP course were John Jackson and Ray Boswell.

'Most of the people found  that, as well as the information they learned from CrISP, they also learned a great deal from other attendees,' says John, whose wife Margaret has vascular dementia.

'A number of us decided to keep in touch, and the Wyre Forest group was then formed by myself and Ray.

'It is a very friendly, open group to discuss common problems and exchange ideas, tips and strategies.'

The group meets monthly at Kidderminster Evangelical Church with the support of volunteer Geoff, an elder of the church who volunteered on the original CrISP course.

'You're with like-minded people, so you can learn things from the others but also contribute something yourself,' says Anita.

Two other carers from that course, Anita and Pat, still take part in exchanging experiences and support.

'The group is such a good idea – we all learn so much by listening to each other,' says Anita.

'You're with like-minded people, so you can learn things from the others but also contribute something yourself, as you're all doing the same type of thing in different ways.'

Margaret has continued to attend the meetings following the death of her husband John, who had vascular dementia and dementia with Lewy bodies.

'It's nice that people carry on coming and talking about it,' says Julia, another of the carers. 'It's really helpful to learn about what's to come – we know what to watch out for.'

Many group members find it valuable to be around people who understand what they're going through.

'You lose your partner, it's very lonely. You come here and everyone can touch that loneliness,' says Julia.

'It's being able to relate to each other,' says Ken. 'There's the emotional side that no one can see.'

Christine says it's difficult to get the realities of being a carer across to those who have never been one.

'With the best will in the world, people can read about it, but it's not until you live with it,' she says.

'My first time here I was saying about being angry and how I didn't like how I felt, but Anita and Pat said, "I do that too." So straight away, I knew it was the right place to come.' 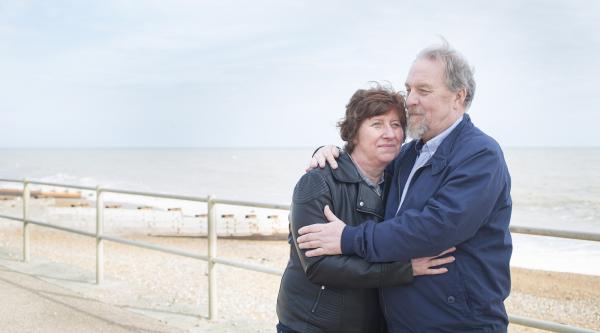 Advice
Guilty feelings can be difficult to deal with as a carer of somebody living with dementia. Read our advice to help identify and manage guilt.
125

Ray and John have created an environment where the carers feel comfortable discussing all manner of issues, including more personal matters.

Washing and incontinence are both talked about at this month's meeting, as well as access to local services. The carers also share experiences and strategies for trying to cope when a person with dementia is behaving in ways where it's difficult to know how to respond.

'It's a mine of information,' says Christine.

Pat says, 'Sometimes you think, "So and so from the group would know that" – you have someone to ask.'

The meetings also provide a space where carers can be completely honest about their experiences and emotions.

'At Singing for the Brain everyone is on their best behaviour, but here you find out what they're like at home and what issues people are having,' says Dawn.

Roy speaks about his wife's denial of her dementia. 'She's so forgetful. She forgets who I am,' he says.

'You get a different aspect,' she says. 'At Singing for the Brain everyone is on their best behaviour, but here you find out what they're like at home and what issues people are having.'

Janet appreciates the chance to speak frankly about issues that could remain pent up otherwise, while Anita says you can 'let yourself go'.

'We always tend to put our partner first and make do for ourselves,' she says. 'It's very hard.' 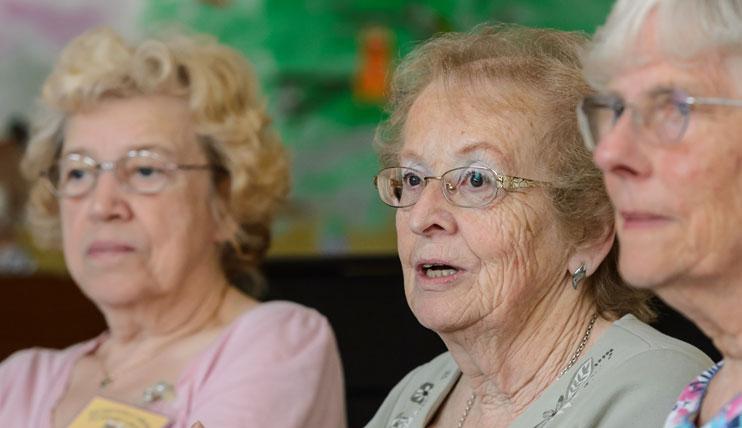 Activity groups – for people with dementia and their carers

From arts and crafts to other activities like walking and yoga, we have an activity group to suit everyone.

The carers can open up to each other, safe in the knowledge that no one will think any worse of them.

During the meeting, John discusses his attempts to lift his wife, prompting Julia to urge him to seek outside help.

'Don't cover up, don't be valiant and brave,' she tells him.

This sort of discussion is typical of the support the carers offer each other within the group, which Christine describes as being 'like an extended family'.

As Pat puts it, 'You realise you're not on your own.'

Support for carers
Back to top