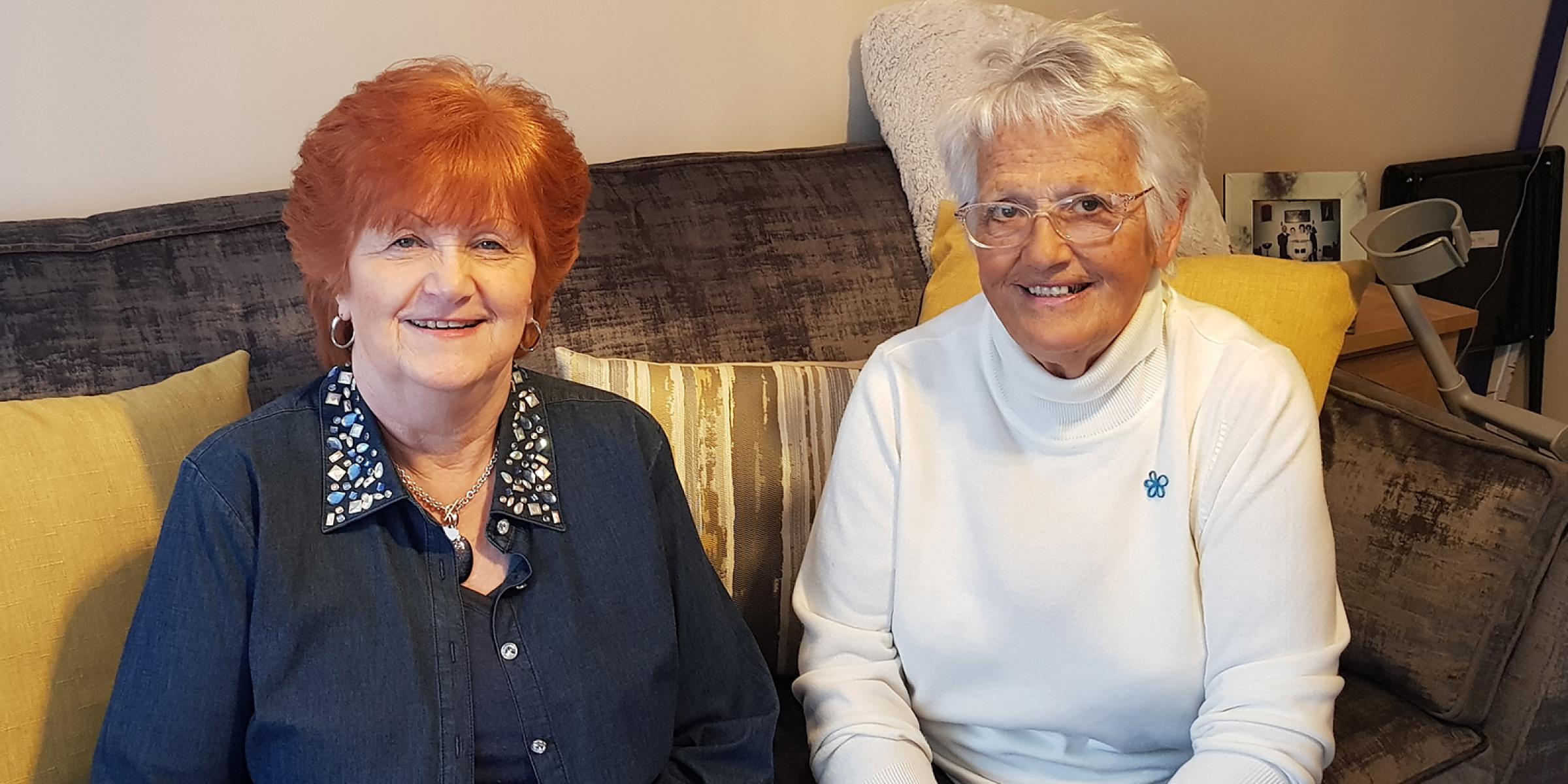 Real stories
Someone on my side: Dementia Connect
Dementia together magazine: Dec 19/Jan 20

A woman with dementia in south Wales tells us how our Dementia Connect service is making a huge difference to her.

‘Dementia Connect is a more effective way of working where we can reach more people,’ says Sue Nye, a Dementia Support Worker in Ammanford.

‘We’re making sure that people get the support they need – whether that’s from Alzheimer’s Society or externally.

‘We’ll give people advice and information, but also emotional support. We’re someone to talk to who isn’t a doctor or a psychologist, but who understands dementia and how it affects people.’ 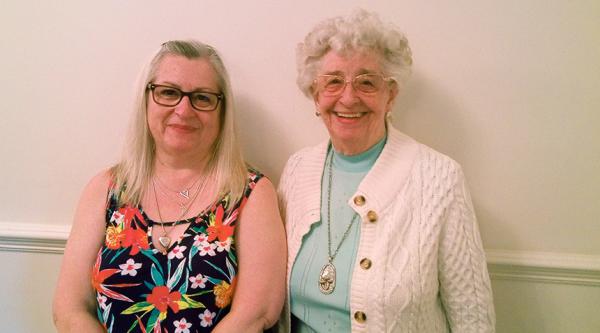 Real stories
Our 40th anniversary is a turning point as we roll out Dementia Connect. We meet volunteers transforming the lives of people affected by dementia through our new service.
0

When Sue visited Carol, who is living with dementia in nearby Llanelli, it became clear that she could benefit from regular contact and support.

‘She’s a very sociable lady but was becoming isolated, so we talked about Side by Side,’ says Sue.

A central element of Dementia Connect, Side by Side helps people with dementia to lead fulfilling lives with the support of a like-minded volunteer.

‘We go for lunch or a bit of shopping. We go to places I haven’t been for years,’ says Carol.

Carol was paired with volunteer Christine Wheeler-Jones, and they’ve been meeting weekly since early 2019.

‘We go for lunch or a bit of shopping. We go to places I haven’t been for years,’ says Carol. ‘I remember little things from childhood that I’d forgotten about.’

Christine spends time listening to Carol, who feels comfortable enough to be herself. Carol has been hurt when some people who have met her refused to believe that she has dementia, but she’s found Christine to be very empathetic.

‘I can talk to her, she’s such a nice lady,’ says Carol. ‘It’s nice to talk to someone who doesn’t judge. She understands and is very caring.

‘I enjoy her company – we have a good laugh’

Christine volunteers for the ‘wonderful’ Side by Side service because she feels that she can continue to contribute after her retirement.

‘I’m lucky to have the health I’ve got. I feel if I’ve got something to offer, I should do it,’ she says.

‘It’s Carol’s choice where we go, which makes her feel important in what we’re doing, and I always introduce her as my friend,’ says Christine.

‘It’s Carol’s choice where we go, which makes her feel important in what we’re doing, and I always introduce her as my friend.’

Christine says that Side by Side has given Carol a ‘certain edge on life’, and Carol agrees that she’s regaining her confidence.

‘I was getting into a deep depression for the last couple of years, but having something to do and somewhere to go has been very helpful – I feel better,’ she says. ‘A lot more people need help like this.’

Susan Morgan, the Side by Side Co-ordinator who matched Carol and Christine, has found it rewarding to see the close connection that’s developed between them.

‘The impact that having a volunteer has on people’s lives is fantastic,’ she says.

‘Just knowing she’s there makes a difference. At last I’ve got somebody on my side,’ says Carol.

Carol greatly appreciates the support of people like Susan, who embody what Dementia Connect can do for someone with dementia.

‘Just knowing she’s there makes a difference,’ says Carol. ‘At last I’ve got somebody on my side.’

Dementia Connect is new, and parts of the service may not be available in your area just yet. Find support near you.

Support, Wales
Back to top