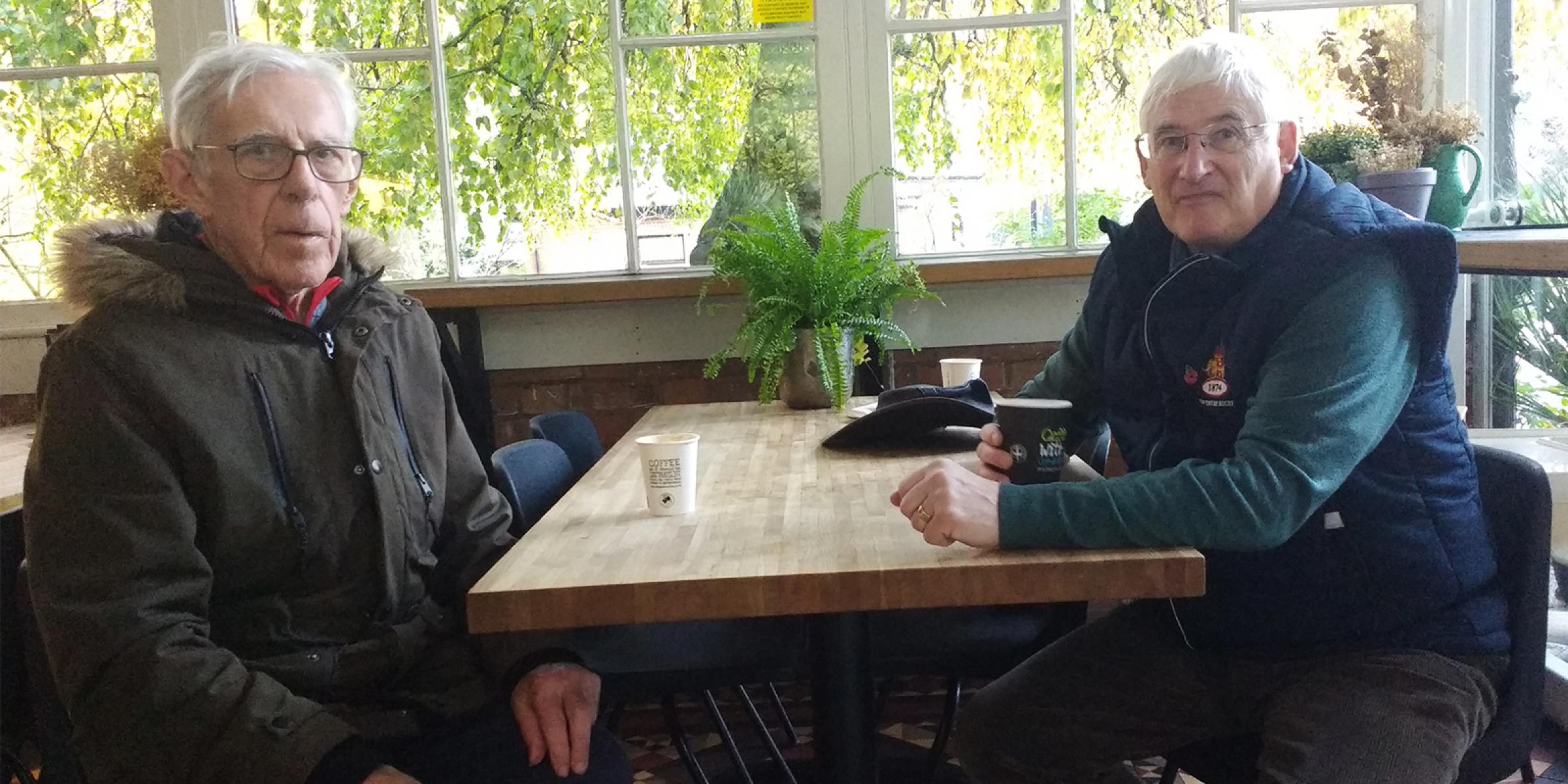 A Side by Side volunteer in Warwickshire says there’s ‘nothing clever’ about the role – just bring yourself to it.

John Teeling has been volunteering with Side by Side for over two years. He’s seen the huge value this service brings for the people with dementia who he’s met through it.

John, in Binley Woods near Coventry, also has no doubt that many other people could make great Side by Side volunteers.

‘Treat the person as you would do a friend and you can’t go wrong,’ he says. ‘It’s not rocket science!

‘All they’re asking you to do is befriend someone, there’s nothing clever about it. You don’t need a degree, just a personality that allows you to do it.’

Everyone has something different to bring to the role, and one of the things that John brings is his own experience since being diagnosed with Alzheimer’s five years ago.

‘I wanted to do something – I like helping people. Also, from a selfish point of view, if I do it for them then people might do it for me in future.’

Through Side by Side in Warwickshire, John has supported several people to carry on doing the things they enjoy. For the last year or so, this has been with Terry, who also has Alzheimer’s disease.

‘I see Terry every Tuesday,’ says John, ‘and we go to see Coventry play rugby every other Saturday. He enjoys rugby.

‘I like to get into a routine. I take him out to the park for a walk, we get a cup of tea, then go for a pub meal. Then a café in the gardens, then I bring him home. It’s about four to four-and-a-half hours. I do the driving, that’s no problem.’

‘We treat each other as confidants, almost,’ says John.

John says the people with dementia he supports ‘know that I’m travelling the same journey as them’, including Terry.

‘We treat each other as confidants, almost. We just have a bit of lad talk, mickey-taking and a moan about our missuses!’ laughs John.

John is fortunate in the responses he’s had when people find out he has dementia.

‘If I tell people I’ve got Alzheimer’s, I see their attitude change. They become more forgiving. I haven’t felt that anybody has rejected me because of my dementia.’

John has given talks about Side by Side at legacy events, where Society supporters learn about leaving gifts in their wills and the difference this can make. He’s also involved in our Focus on Dementia Network – groups of people with dementia who come together to influence what we and other organisations do.

‘I’ve been on the panel for an employment interview too,’ he says. ‘That turned out to be very interesting, I felt very included.’

However, it’s volunteering with Side by Side that gives John his most regular boost from knowing he’s having a direct and meaningful impact on someone else’s life.

‘I’m retired – I’ve got my family, but no hobbies apart from the rugby. It’s a bit of self-help for me. I also hope the help I give will be returned.’

Find a volunteering opportunity in your area

Alzheimer's disease, Volunteering
Back to top