Co-production of the Dementia Statements in Easy Read, by MacIntyre

The charity MacIntyre used coproduction to create an easy-read version of the Dementia Statements, working with people who have dementia. 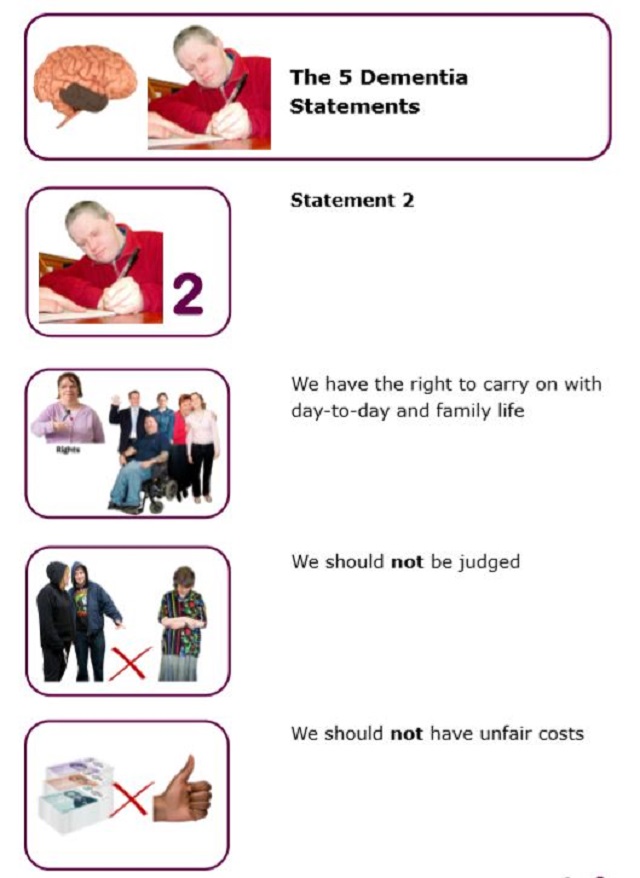 People with a learning disability are at greater risk of developing dementia at a younger age.

MacIntyre is a charity providing learning, support and care for people with learning disability and/or autism at over 150 services across England and Wales.  This includes care homes, supported living, and outreach services.

The purpose of co-producing an Easy Read version of the Dementia Statements was to ensure people with learning disabilities can access and benefit from them.

MacIntyre works in 'nothing about us, without us' ways, including in relation to producing information.

MacIntyre Dementia agreed with two of its key groups to work together as a team in two parts, co-producing an Easy Read version of the Dementia Statements. 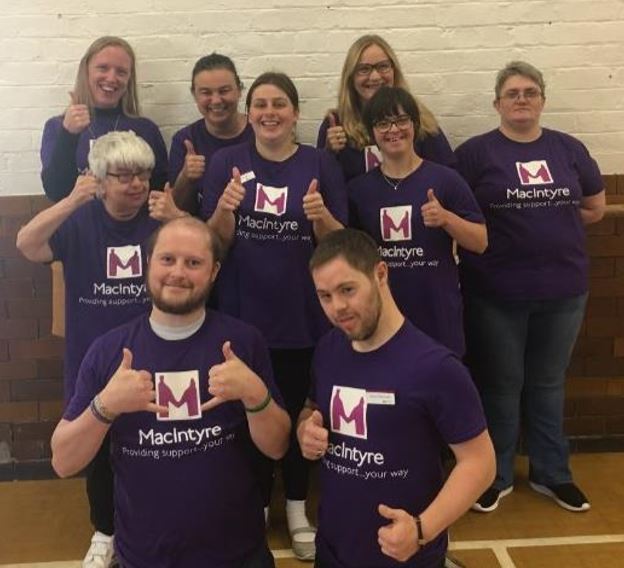 The Keep Going, Don't Stop! team found that the wording was too complicated for their needs. They realised that people with learning disabilities needed help to understand what a 'statement' and a 'right' were.

The team decided to break the Dementia Statements down - to explain 'statement' and 'right', and to look in detail at each of the Statements.

It took almost a year - with the Keep Going, Don't Stop! team offering suggestions and the Checkers checking it and offering feedback and suggestions too - and they did it!

As well as simpler words, the team found pictures (using Photo Symbols) to represent the words of the Dementia Statements, for people who cannot read. The Keep Going, Don't Stop! and Checkers groups made such that the picture used can help to explain the message/key ideas without text being necessary. This involved testing the image with several different people to be sure it made sense. 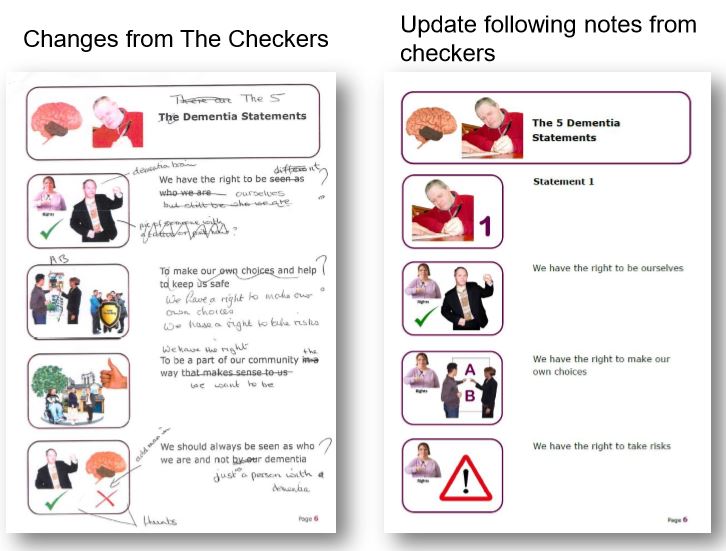 The team proudly presented the Easy Read version of the Dementia Statements at the National Dementia Action Alliance conference in February 2019.

What changed for people affected by learning disability and dementia

The team found that photographs worked better than line drawings for most people.

A film created by the crew at Shout Out TV, a project led by a group of people that MacIntyre support in Milton Keynes. In the film, the group explore the meaning of co-production and discuss it in relation to constructing a film.