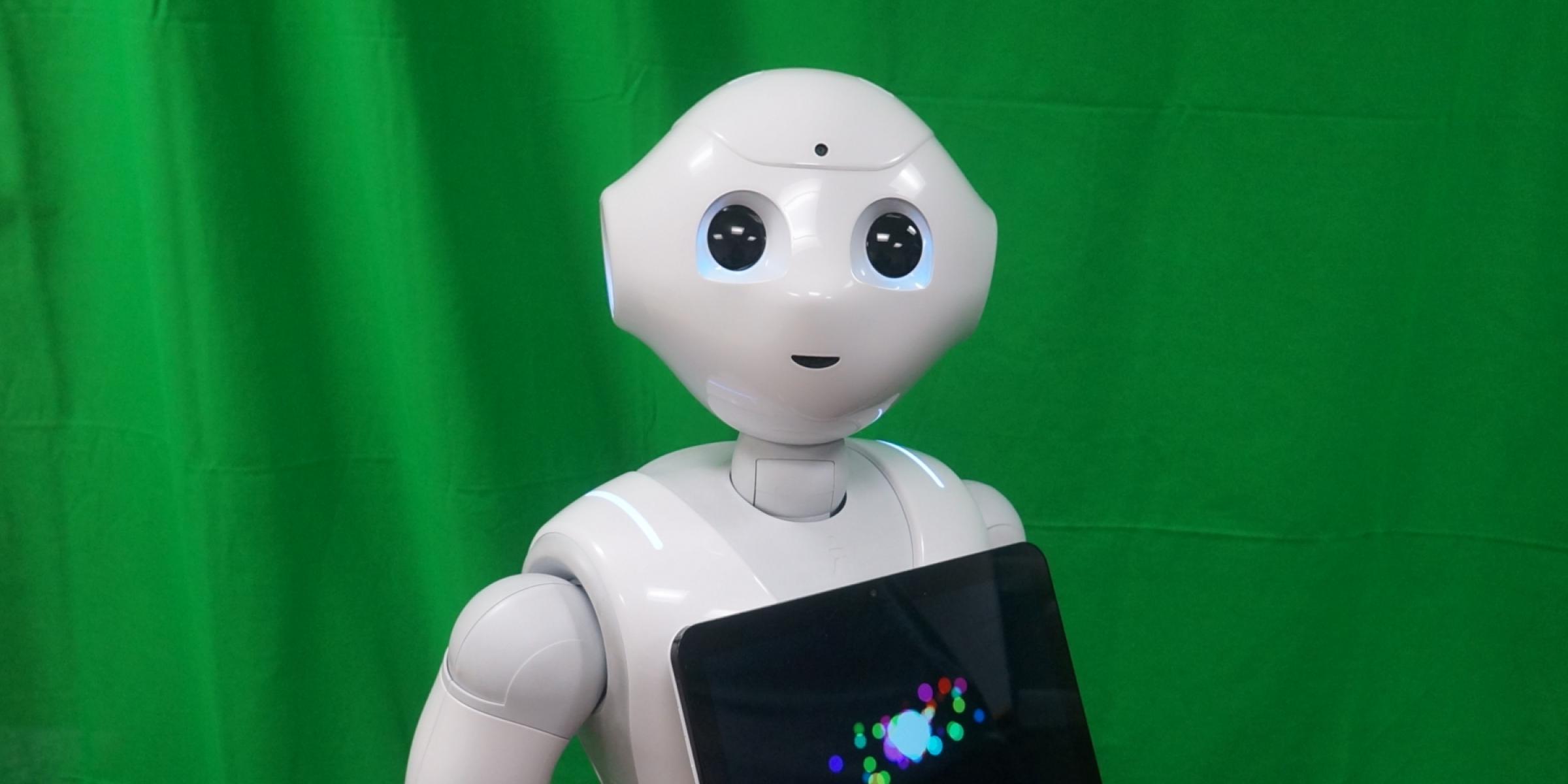 Information
How can a robot support people affected by dementia?
Blog

A local authority in East England employs a humanoid dementia-friendly robot that brings joy to people with dementia through reminiscence activities.

Within the Department for People at Southend’s Civic Centre, there’s a very special employee who loves to chat. Their name is Pepper.

Pepper is a child-size,  dementia-friendly robot that has proven to be popular among different demographics within the Borough. This includes people living with dementia.

During visits to local care homes, residents with various stages of dementia can interact with Pepper.

With light-up eyes and movable arms, Pepper’s games, videos and music can be a beneficial source of stimulation.

Where did the dementia-friendly robot come from?

The council’s former Director of Adult Services and Housing, Sharon Houlden, was keen to make a difference and help pioneer the use of technology in the sector.

With this in mind, Phil Webster, the council’s Robotics, Artificial Intelligence and Technology Lead, came across Pepper at a trade show in March 2017.

Pepper was developed in 2014 by SoftBank Robotics – a company specialising in the designing and manufacturing of interactive robots based in Japan.

‘We wanted something that would spark imaginations and kickstart the debate about robotics within social services’, Phil says.

‘The more local authorities talk, the more people get thinking about how technology can work for them.’
- Phil, Southend-on-Sea Borough Council

While there's no desire for Pepper to ever replace personal one-to-one services, the team at the Council were keen to see how people with dementia would take to Pepper.

Maxine Nutkins’ role at the council is Community Engagement Manager, but her background is social work within adult mental health services.

Maxine says, ‘We’ve introduced Pepper into some nursing environments to run reminiscence sessions. It has been wonderful to see the interaction between Pepper and residents. Those moments have been really inspirational.’

People with dementia are engaging in peer conversations, tapping their feet along to music, or playing the ‘tickle game’ on Pepper’s screen.

During one reminiscence session at a local care facility, Pepper showed a clip of Fawlty Towers.

Maxine recalls, ‘There was a gentleman living with advanced dementia who has limited communication. The resident sat down and Fawlty Towers clip came on.

‘Before we knew it, the resident became animated and recalled the next part of the clip, saying "Oh, he gets the stick in a minute and bashes the car!" He’d predicted that scene. He then started talking to his peer next to him, saying with excitement, "He whacks the car!"’

A joy for every generation

Can Amazon Alexa or Echo help my step-dad with dementia? 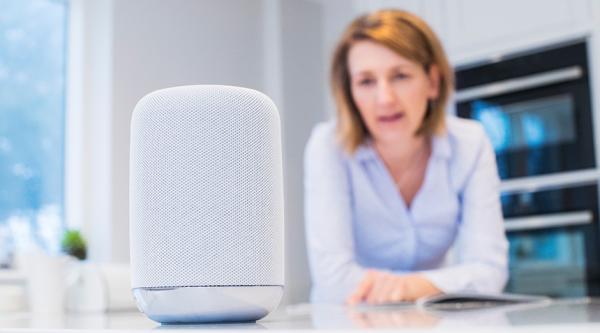 Information
Our Ask an expert column looks at whether virtual assistants, such as Amazon Alexa or Echo, can help support people living with dementia.
5

Younger people are also enjoying and benefitting from Pepper’s company.

Maxine has received questions from children who have family members that are living with dementia.

‘Some young people have come forward and said Pepper would really help their grandparents’, Maxine says.

‘We’ve had children tell us, “My Nana would love something to sing a song with or talk to. Can my face come up on Pepper's screen? Can I talk to my Nana through Pepper?"'
- Maxine, Southend-on-Sea Borough Council

‘They were really enthused by it and so keen to bring Pepper into their grandparents’ lives. And that was really lovely.’

Ahead of visiting care facilities, Phil and Maxine always remain mindful that Pepper is entering residents’ homes and living rooms.

The team always ensure their sessions are resident-led.

‘We try to get residents involved in the planning of the sessions, rather than us going in and presenting the robot’, says Maxine. ‘We ask what they would like us to do, and what would be useful to them.’

‘Sometimes, the residents may have difficulty with speech or may not be able to project their voice very well.

'We have what we call the Wizard of Oz mode for Pepper, which allows us to type replies during the session because we can understand what they’re trying to say. This allows a full conversation without the frustration of not being able to communicate easily. That works really well.’

To assist with reminiscence activities, the local museum has informed Pepper’s scripting and provided artifacts.

Phil explains. ‘Recently, we’ve been working through the decades. Pepper’s script is enhanced by including video clips from old adverts.

Maxine adds, ‘We’ve also introduced sensory activities with smell blocks of things like candy floss, which might remind residents of their childhood holidays.’

What does the council think the future might hold for robotics and dementia?

For Phil, his idea of the future is autonomous.

He can see the potential for dementia-friendly robots, and other robotics, becoming a social interface for older generations.

This could mean a  dementia-friendly robot might be there to help to remind someone to take their tablets, or simply to hold a conversation with.

In turn, this could potentially provide peace of mind for loved ones and primary carers.

‘I think technology at the moment is more reactive when it comes to conditions like dementia’, says Phil.

‘I think, in the future, we’ll have smarter homes that will help us age more productively and with more independence.’
- Phil, Southend-on-Sea Borough Council

For Maxine, she can see a future with Pepper the robot taking part in Dementia Friends Information Sessions.

‘We’ve seen some amazing things through intergenerational projects. Some of the children may not have older people in their family, so there’s a great opportunity to encourage new relationships through visits to care homes with kids and Pepper.

‘Perhaps Pepper could deliver Dementia Friends Sessions to the children, their families and care home staff? Maybe Pepper could be a Dementia Champion one day!’

What does Alzheimer's Society think about robotics and dementia?

Technology will be playing an increasingly important role in the support of people with dementia. New technology solutions developed specifically for and by people affected by dementia are welcome and needed.

However, it is important to remember that assistive technologies - including robotics - should be complementing but not replacing human interactions.

Assistive technologies can and should be seen as part of a range of solutions for care and support, helping us to provide a more holistic, person-centred care for people with dementia.

We know dementia care is broken. Within a stretched system, there's a concern that robotics will start to be offered as an alternative solution, but provide one that isn't good enough.

Robotics in care could be a great thing once the basics of care have been achieved and maintained.

Innovation, Equipment and Technology, Reminiscence therapy
Back to top