A group of people with dementia in Worcestershire try out a range of scent-based reminiscence products for Dementia together magazine.

Evocative and stimulating smells and sounds 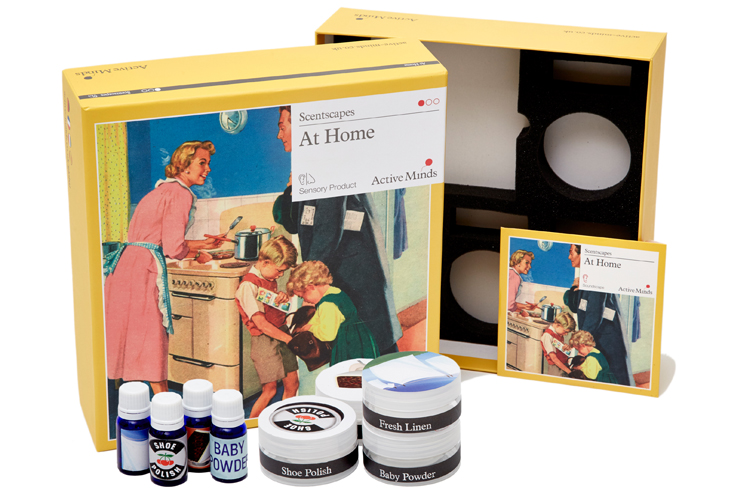 We took Active Minds products that use scents to stimulate memories and sensations to a panel of people with dementia in Droitwich, Worcestershire.

The service user review panel, known as The 3 Es, tested two Scentscape sets called 'At home' and ‘In the garden’. Each included four scents to pass around in smelling jars while playing an accompanying 30-minute CD of sounds. The group also tried a Sensory Scene called ‘Storm set’, which provided a rain scent to spray across the room against a backdrop of rain and storm sounds.

The panel members thought that some Scentscape smells were more suggestive than others.

‘It doesn’t matter so much if you don’t identify the smell, if it still evokes memories,’ said Gill.

‘It’s not jumping out at me,’ said Pamela about the shoe polish scent. Going one step further, Monica said, ‘It’s nothing like shoe polish.’

Sometimes a scent would convey the right feeling even if it wasn’t pinned down precisely. Both Shirley and Liz described a ‘clean’ smell, though they couldn’t place the scent as fresh linen.

‘It doesn’t matter so much if you don’t identify the smell, if it still evokes memories,’ said group leader Gill.

One of the audio tracks reminded Pamela of ‘sun and citrus fruits’ and made Marylyn think of woodland walks. ‘I used to love walking,’ she said.

Another reminded Pamela of having a glass of something bubbly in peace, with children playing in the background.

Jane preferred the sounds to the scents, but thought the CD distracted her from imagining what each smell might be.

A scent of grass was accompanied by the sound of a lawnmower, which whirred away for some time.

‘They’ve got a big lawn, haven’t they?’ joked Marylyn, before speaking about her dad growing vegetables in their family garden.

Pamela felt the audio helped the conversation flow, with people able to ‘jump in and go with it’. She also found the accompanying smell to be ‘smoothing’.

‘It reminds you that life is going on. You don’t have to concern yourself further than that,’ she said.

The ‘Storm set’ Sensory Scene included the smell and sound of rain. People found the sound very relaxing, and group administrator Ruth said, ‘We’ll be drifting off in a minute!’

When the audio developed into a full-blown thunderstorm, Monica said, ‘It sounds like the hurricanes we used to have in Jamaica. They were horrible – I used to run to my mum!’ 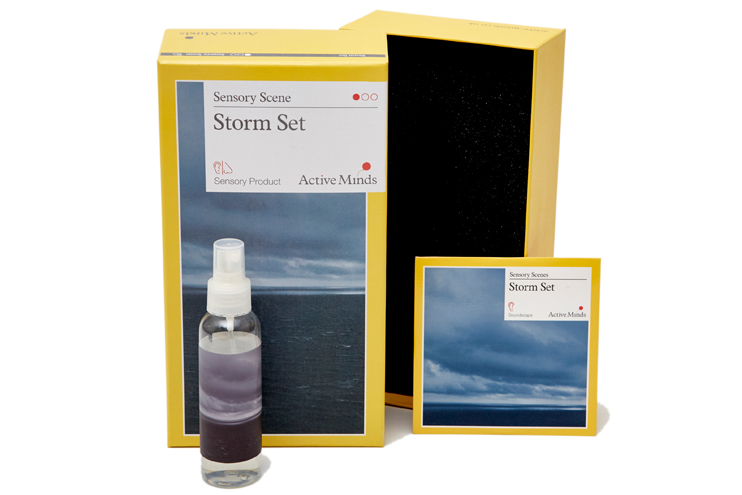 Shirley was reminded of a tornado she experienced in Minnesota and the looting that occurred afterwards. She also thought back to a power cut when she was growing up, wrapped up in blankets in her family home.

‘I haven’t thought about that for years,’ she said.

The conversation was flowing, and Marylyn spoke about strikes in the 1970s that saw her family make dinner for neighbours because they were the only ones with a gas cooker.

Having tested the products, the group reflected on the impact of the scents and sounds.

‘We certainly reminisced!’ said Marylyn, as the session drew to a close.