Alzheimer’s Society survey reveals new data ahead of Memory Walk 2021, which starts this Autumn, with 44% of pet owners saying they would rather walk with their pets than their partners.

New data from Alzheimer’s Society, released ahead of its flagship Memory Walk events this Autumn, reveals that 44% of the nation’s pet owners would prefer to take a walk with their four-legged friends over their partner1.

Of this figure, 13% did not have a walkable pet but said they would still rather walk with their pet over their partner2.

The survey, funded by the players of People’s Postcode Lottery, also revealed that of pet owners, women are 10% more likely to pick their pet compared to men, and around half of animal loving 16–24-year-olds would also pick their pet over their partner3, compared to just 30% of 55-73-year olds4.

The new data also uncovers British people’s favourite place to walk. Almost half of respondents said the beach or seafront is their favourite go-to place for a stroll, followed by woods or forests5.

The joys of promenading along a beach seem to come with age, as almost 60% (59%) of over-55s picked this route as their favourite – twice that of 16–24-year-olds; the majority of whom preferred a woodland walk6. Around 60% of respondents said that their daily walk during Covid lockdowns helped to improve their mental health7.

Brits' favourite times to go for a walk

The data also found that, on average, the most popular time Brits like to go for a walk is 12:40pm, with early-bird Traditionalists (over 75s) getting out the earliest at around 11:11am, and millennials (24–42-year-olds) going out nearly two hours later at 1:17pm8.

Alzheimer’s Society is calling on everyone to don their walking gear and take part in Memory Walk 2021 to unite against dementia.

People can join one of 19 organised walks taking place across the UK, or they can organise their own with friends and family at a location of their choice.

Covid has hit people with dementia the hardest, accounting for over a quarter of all deaths in the UK. Prolonged isolation, social care service reductions and a loss of routine and social interaction have led to shocking levels of decline in thousands of people with dementia.

Alzheimer’s Society’s support services, like its Dementia Connect support line, have been used over five and a half million times since lockdown began in March 2020.

Alzheimer’s Society is asking people to put their best foot forward and raise what they can to support the 850,000 people living with dementia in the UK.

'After so long being cooped up in lockdown, it’s going to be really emotional to see lots of people taking part in Memory Walks across the three nations.

I absolutely love supporting Memory Walks – it’s an incredible feeling coming together to walk with lots of other people who are also remembering loved ones with dementia, and it’s also great to be able to get out walking together.

'People with dementia were so cruelly affected by the pandemic – they need our support more than ever – so please join me in signing up to take part in Memory Walk, whether on your own or at an event and help us unite against dementia.'

'On the day Mum received her dementia diagnosis, I caught coronavirus from an outbreak at the care home where I work. It was a double blow, not only were we shocked to discover that Mum had dementia - I also couldn’t be there to comfort and be with her like she so desperately needed.

The pandemic has been horrendous for families like ours, and I can only sympathise with people facing the same situation up and down the country.

'I really enjoy doing Memory Walks for Alzheimer’s Society to help support people who may not know who to turn to after having their lives changed so much by this cruel condition. The help I received was invaluable and I would urge people to sign up and take part.'

'It’s amusing but not at all surprising to hear that, as a nation of animal lovers, we would much rather go for a walk with our pets than our partners!

'This last year has been devastating for people with dementia, their carers and their families. Many sadly passed away, and many more have got so much worse, while isolated from those they love and unable to continue their usual daily activities and routines.

We are so thankful to everyone for lacing up their walking shoes and taking on a Memory Walk – with or without their beloved pets – because every penny raised can make a huge difference to the lives of people with dementia in the aftermath of Covid.

'Since March 2020, Alzheimer’s Society’s services, including our Dementia Connect support line, have been used over five and a half million times, offering a lifeline to those affected by dementia, showing our services are needed now more than ever.'

Find a walk near you Take on your own walk

The research was conducted by Censuswide, with 2,007 UK consumers between 28.04.21 - 30.04.21 which was conducted as nationally representative for gender, age and region.

Censuswide abide by and employ members of the Market Research Society which is based on the ESOMAR principles.

This Alzheimer’s Society survey was funded thanks to the players of People’s Post Code Lottery.

Doing a cycling challenge to support people affected by dementia 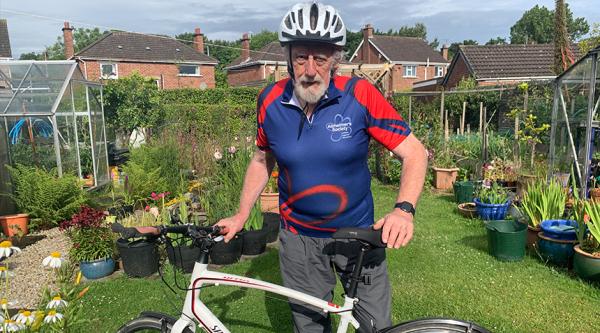 Peter Lyons in County Down shares how it felt to raise over £1,550 in a 101km cycle challenge. 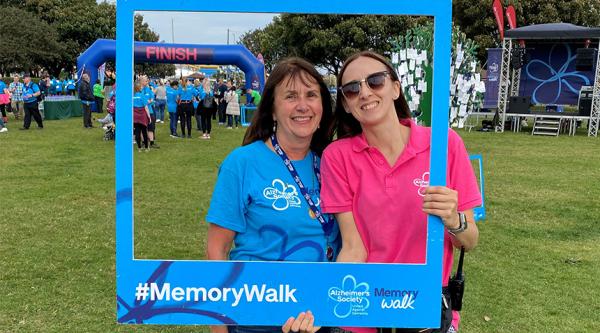 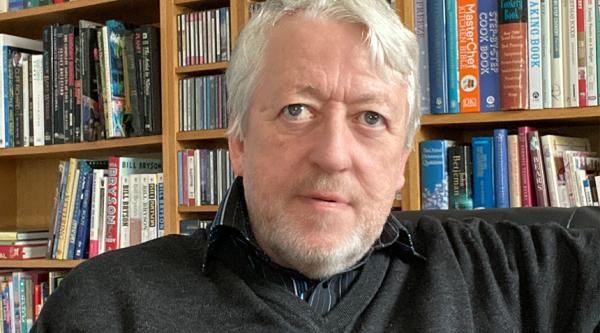 Real stories
John Hartwright in Sunderland explains why the Society was the obvious choice for a legacy.
0