Readers tell us what they thought of this memoir and tribute from a son to his father. 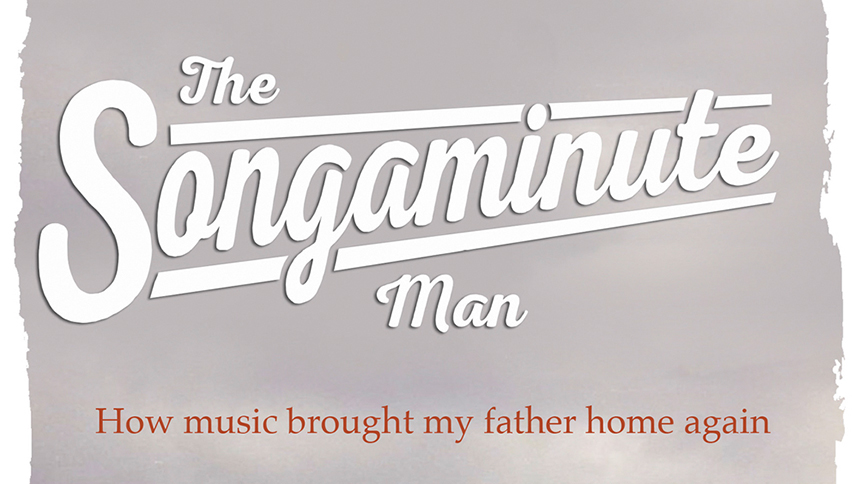 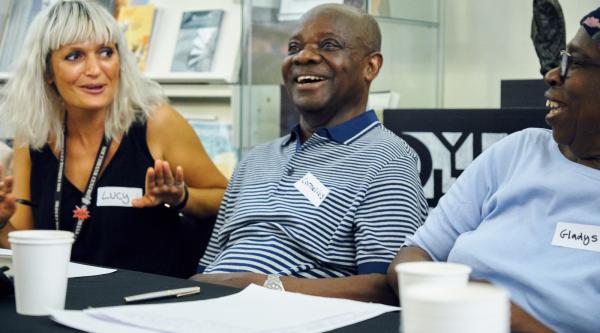 Real stories
Arts 4 Dementia works to empower and inspire people with early-stage dementia. Learn how the charity aims to provide arts stimulation within the community.
0

When Simon McDermott first used YouTube to share a ‘carpool karaoke’ session with his dad singing as they drove around Blackburn, no one could have predicted the response.

With so many people watching videos of each new song that he uploaded, Simon used the widespread media attention to raise dementia awareness and funds – over £150,000 for the Society – while also giving his dad the priceless experience of recording and releasing his own records.

Perhaps a book deal was inevitable after all this exposure, but there’s a lot more to this account than might be expected.

'The reader is taken on a fascinating journey of Ted’s life, from birth to present day,' says Caroline.

Caroline Goodman-Ancell, in our Dementia Knowledge Centre, says, ‘This is a compelling biography of Ted McDermott, also known as Teddy Mac or the Songaminute Man, who became a social media sensation at the “tender” age of 80, having been diagnosed with Alzheimer’s in 2013.

‘Told through the eyes of his son, friends and family, the reader is taken on a fascinating journey of Ted’s life, from birth to present day.’

Pat Norris, who cares for her mother in Greater Manchester, says, ‘Having watched the YouTube clips of the Songaminute Man, I mistakenly believed that the book of the same name would be an amusing tale of camaraderie between father and son dealing with the effects of dementia by enjoying "karaoke" trips out in the car.

‘It was, in fact, an emotionally "hard" read – an honest, sometimes painful, insight into the distress that can be caused when living with this condition.’

Gloria Potter, a carer in Kent, found it easy to identify with Simon’s perspective.

She says, ‘It was so explanatory of how things are with dementia – it read as though it was me writing the story. The book must have been so hard to put into words and explain, because unless you are in that position, people just cannot imagine what it is like.

‘I'm sure many carers looking after a loved one would love to read it. I have already passed the book onto a friend in the same position.’

'All I wanted to do was to give him a "virtual hug" and reassure him that he is doing his very best,' says Pat.

Caroline was impressed by the way Ted’s story was told and how pictures were used to help this.

‘The book cleverly intersperses photographs of various periods throughout Ted’s eventful life that encourage the reader to form a personal connection,’ she says. ‘I found the more recent images of him outside Abbey Road studios with his wife Linda and Simon to be very triumphant but also moving.

‘From the middle to the final chapters, the full effect that Ted’s Alzheimer’s has on his world and family is vivid.’

Pat says, ‘For me, being able to recognise some of the experiences that Simon had encountered, all I wanted to do was to give him a "virtual hug" and reassure him that he is doing his very best for someone who obviously means so much to him.’ 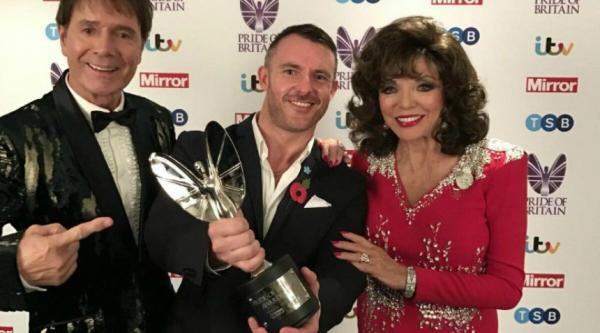 Tracy King, an activities co-ordinator at a Sheffield care home, recommends the book as an honest account of living with someone who has dementia.

‘What a beautiful story of joy and heartache and pure determination to carry on and
not give in,’ she says, ‘sometimes making mistakes but continuing to love and forgive no matter what. I'll be passing it onto my colleagues at work to read.’

For Gloria, the role that Ted’s continued love of music played was something that resonated with her own experiences.

She says, ‘I do believe music helps, as I have managed to turn one of our rooms into a music room for my husband with all his old CDs and LPs where he gets lost in memories of times gone by.’

Pat underlines the book’s potential to inspire as well as educate.

‘For those who do not know about, or have little knowledge of, dementia,’ she says, ‘this story is a truthful account of what it can
be like to live on a day-to-day basis with a condition that so often is beyond your control.

‘And for those who are already living with or have lived with dementia, it is a reminder that, even though at times life can be so difficult, it is important to remember that there is more to the person than dementia.

‘The story that has been given such a high profile in the media – of Ted and Simon enjoying themselves and providing enjoyment for many others with their car karaoke sessions – is a relatively small part of the book, but such a positive and inspiring end to an account of real life that shows everyone that it is possible to live well with dementia.’

Music and Singing, Arts and Culture
Back to top