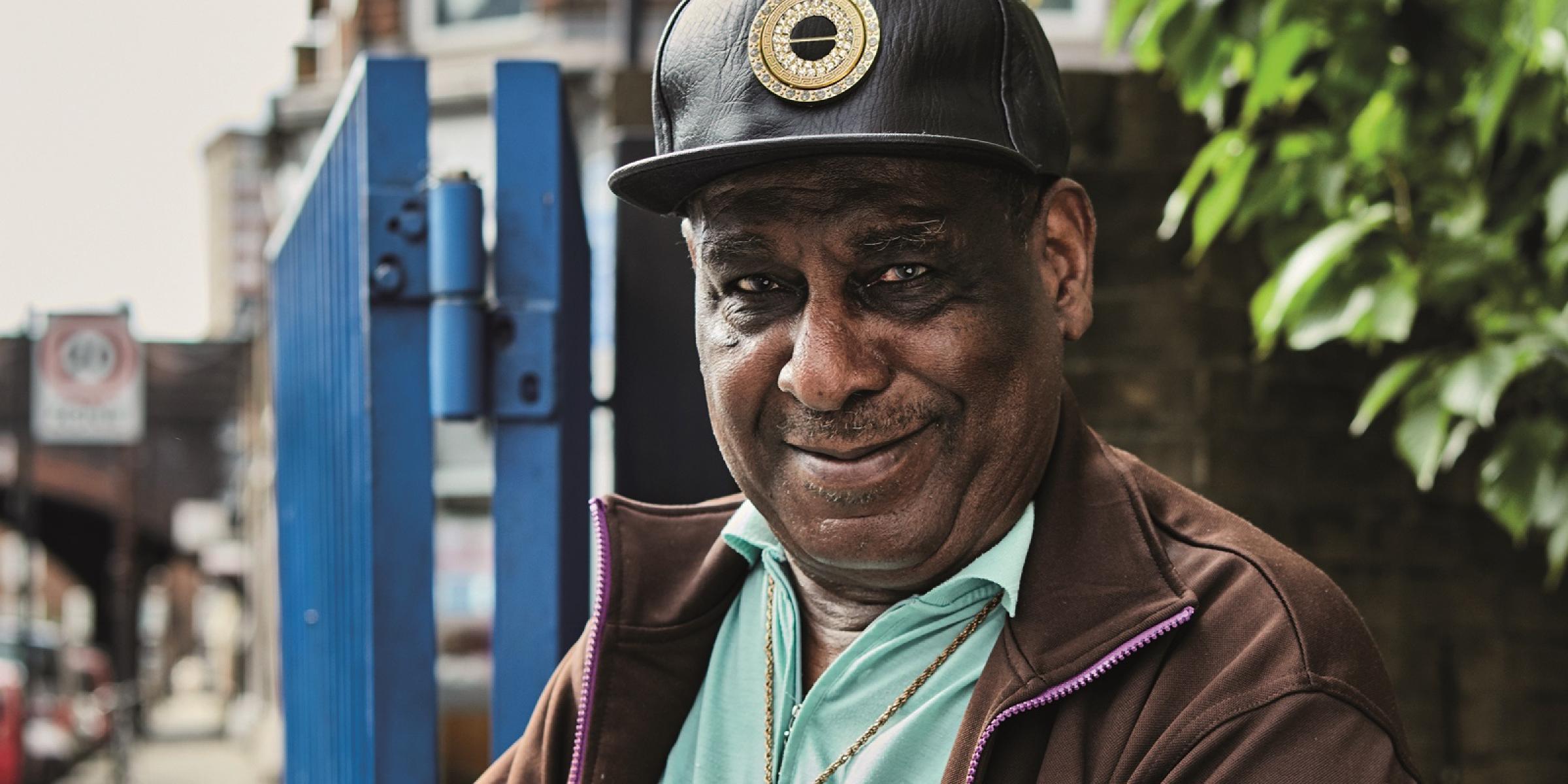 Real stories
Memory and migration: ‘I have dementia, but I still remember my past’
Blog

Gordon Lambert has transformed his life. From a traumatic upbringing in a former British colony to bringing up his own family in London. Read his incredible story and how he still helps others now, while living with vascular dementia.

For over 60 years, I have lived in London. I have dementia, and so forget some day to day tasks. But my memories of my youth and how I came to England seem to become sharper as the everyday fades.

I was born in 1938 in, what was then, British Guiana in South America.

I had a very tough upbringing. My Mum was angry, and she was very abusive. I remember the beatings. I remember the sticks. I remember neighbours crying at the sound of my screams. I felt frightened and abandoned. The fear has been with me my whole life. I want people to know about it so they can reflect on how vulnerable children are, and treat them with more care.

One day, when I could take no more. I resolved that I had to run away from home. I think I was 15. I am not absolutely certain because my Mum never told me what my birthday was. 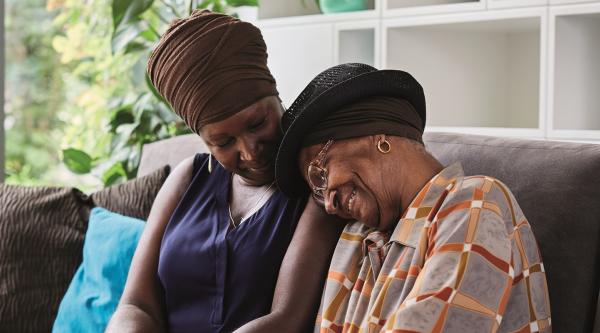 Real stories
Veronica Tobias was born in the Caribbean but had lived in the UK for decades. Despite having a diagnosis of vascular dementia and a hurricane destroying the country of her birth, the government still wanted to deport her. Her daughter Jennifer tells an astonishing story.
21

I had planned it out. I knew a man who was sailing to Brazil and said I could work my passage. Well, that was good enough for me! The boat left on the fourth Sunday of the month, from Georgetown at 9.15 in the evening

I arrived at five minutes to nine – but there was no boat. When I asked at the docks, they told me that the boat, this one time, had left at a quarter to nine.

Disconsolate, I began walking, but I was still determined not to go home.

Along the way, I was stopped by a stranger called Michael, who revealed that there was a boat going to England.

He said he was going to stow away aboard the boat, but wanted someone to come with him. I agreed immediately.

We were stopped when we tried to board, but I was able to bluff our way through. The workers on the ship agreed to allow us to stowaway, and we hid in the hold for the first day.

When we surfaced, the captain agreed to take us, but said we would have to work our passage.

There was another four or five days left on the voyage. But it wasn’t enough to pay all of the fare. So when we arrived in London, we were both thrown in prison for four weeks!

Looking for work as a migrant

When we got out, Michael and I had a few clothes and some money. So we sought out a hostel. But after a few nights, our money and clothes were stolen. When we told the people who owned the hostel, they simply replied, ‘Well, since you don’t have the money to pay for your board now, you’d better get out and not come back.’

I needed money; I went for job after job. But I kept failing to pass the interview. On my way out of one interview, the guy who showed me out said that I needed to dress up a bit, make myself look presentable. I had to explain that I had no other clothes!

I arranged to borrow a shirt for my next interview, and got the job. It was at a factory spraying cars with paint. I stayed there for quite a while, but the work was not healthy.

After that, I ended up working in a furniture factory. And then as a security guard. I’ve worked a few jobs over the years!

Building a life in England

One thing I really remember after I arrived was being at Ridley Road market, or the Notting Hill Carnival, and I couldn’t believe how many black people there were. British Guiana was really multicultural with black and white and Asian and South American. London was a real shock!

When I was still in British Guiana, I had a dream about marrying a woman from the island of Monserrat. After a few years in England, Michael and I were going to visit a friend in hospital. On our way there, I saw a woman. I said to Michael, I am going to marry that girl. He thought I was mad but we approached her anyway.

Her name was Mary and she was from Monserrat. I proposed to her in that first meeting.

We got married and rented a room in Dalston, Hackney. I’m still married to her, over sixty years later, and we are still in Hackney.

We had four children. Three sons and a daughter.

Worried about your memory? Find out more about short-term memory problems and what you can do next.

About three or four years ago, I noticed that I was doing some strange things. For instance, I would make a cup of coffee in the morning, and when I sat down to drink it, I would see that the granules were at the bottom of the cup, but that I had forgotten to add the water!

Or I would need to go to the toilet, and I would walk out to the hall, but I would not be able to identify which door led to the toilet.

I went to the doctors, and I was told it was dementia.

I cried. I thought of my wife Mary, who struggles to walk around the house – I was her carer. And one of my sons, who lives with me, has heart problems.

I can still get around on my own. I walk, and still use the bus independently. I have a friend, who isn’t well, and I go and see her regularly to keep her company.

I often go to Singing for the Brain, organised by Alzheimer's Society, here in Hackney and I enjoy that. I don’t do much dancing like some of the other people, but I drum along to the tunes, and it’s always a decent atmosphere.

I’m not one for giving advice, but I would like people to be a bit more patient. I still see some being unkind or inconsiderate. I just want to say to them, “Stay calm”.

Dear Gordon what an amazing journey through life I am so glad you found your Mary and created four children and so pleased that life turned around for you and that you were happy and safe here in England. Thank you for sharing your powerful story thank you for your kind words as I am having to learn how to react and say the right things at the right time and be giving and patient and to remind my family how they must give time you are totally an inspiration! Thank you xx

Gordon, you are inspirational, a great role model and a wonderful, kind and compassionate human being. Thank you for sharing your life story and reflections on life.

Thank you, gordon, for sharing your life story, it was very inspiring, stay strong.

Gordon, You are an aspiring person. There seems to be very little, to no anger in you and this is what has helped you become the person you are today. I would think your wife and children would see you as their hero, even though they may not say it. What your life story tells me is that people like you, after their early teens, don't soon go off the rails and become angry and dangerous, blaming their terrible backgrounds for how they have turned out. Something in your head refused to take this 'woe is me' style off thought and you faced up to extraordinary difficulties and concluded them as they presented themselves to you. My admiration for you is boundless. Please stay well and be safe in these unusual times. I'm 74 now, white, the product of a good home and I have wanted for very little in my life. Of course there are some things I could complain bitterly about, but when I read stories like yours, I feel selfish and spoiled. But one of the things I was taught was to always look after others before myself and as this became part of who I am, I have noted that it has always stood me in good stead in life. Oft times, putting yourself last and perhaps missing out in some way does one a lot of good in the longer run. A few years ago I was baptised as I Christian and this was life changing. It is helping me each day to stay humble and to always consider what Jesus would do in a circumstance in which I may find myself. Its a wonderful way of life and, reading your story, I wouldn't be surprised if you, too, are one of God's loved and protected Children . Fond regards, Michael. You are very special and may Our God Mightily Bless you and your family. Richard.👍👋

Thank you for sharing your story. It was very uplifting to hear how you are dealing with your life and your dementia. Best wishes.

Lovely story i appreciate ur life and your courage u inspire my life and the way i look and see this illness. Stay strong and keep ur hapiness with u as you did it during ur entire life

What a lovely account of your life Gordon. It is bitter sweet. Stay strong x9

Beautiful story Gordon. Keep connected music is good. You are kind and patient. I will take your advice.

Thank you Gordon for sharing your story. The fact that you are caring for others is very inspiring. I will try and remember your advice to be more patient.