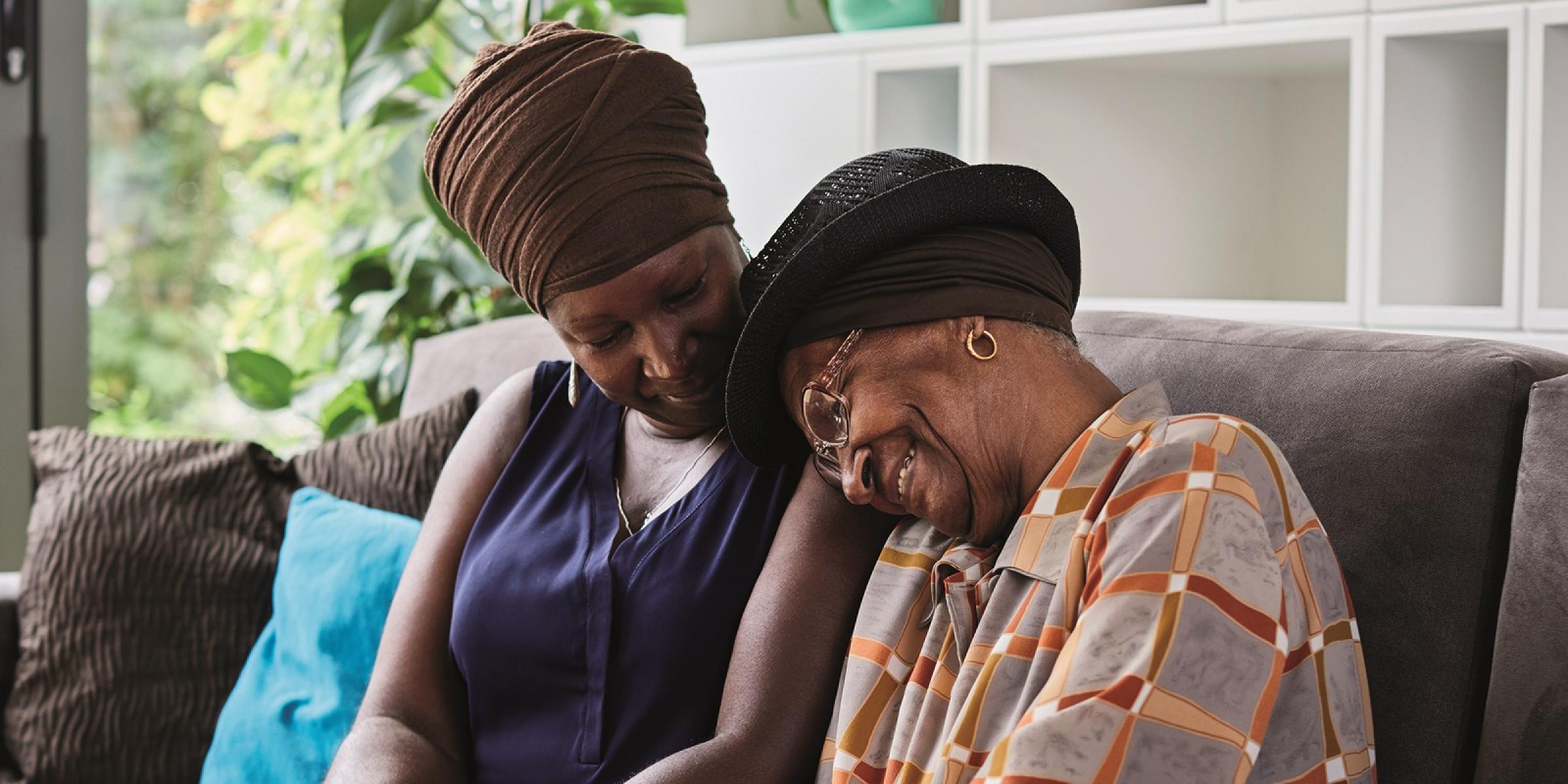 Veronica Tobias was born in the Caribbean but had lived in the UK for decades. Despite having a diagnosis of vascular dementia and a hurricane destroying the country of her birth, the government still wanted to deport her. Her daughter Jennifer tells an astonishing story.

My mother Veronica is 81. She grew up in the Commonwealth of Dominica, and moved to Paddington, London when she was 21.

In 1982, after a lifetime in the UK, my parents returned to Dominica to take care of my father’s parents.

In 2016 – four years after my father passed away – I got a call at work, notifying me of concerns relating to my mother’s memory. By January of the next year, she’d been diagnosed with vascular dementia.

It began 18 months of uncertainty, horror and fear.

The right to remain

I flew to Dominica and returned to the UK with my mother so she could spend time with me. During her stay her passport expired. I applied for her replacement British passport, but was notified by the Home Office that she was not entitled to a British passport and her stay in the UK would be of a limited period.

My mother unfortunately joined the thousands of other individuals who fell victim to the Windrush Scandal.

While I was busy addressing my mother's care, it was confirmed that she didn't have a right to a British passport. This automatically affected her right to remain in the UK.

Dominica was then traumatised by the worst hurricane to hit the island. This resulted in considerable damage to my mother’s home. So the option of her returning to Dominica at some point had been taken from her as well.

She had nowhere to go – but she, a 79-year-old woman with dementia - was being told that she couldn’t stay with me, either.

Finally, in 2018, the Windrush scandal hit the headlines, and the Home Office backed down. My mother received her British passport along with her right to remain in the UK.

And that is what I really needed. They let me talk.

People with dementia need to be treated like human beings. It hurts me when people do things like talking to me instead of to my Mum.

My mother is a unique individual and a remarkable human being.

She does more exercise than I do. She is at classes three times a week and goes to Singing for the Brain! She can even do Zumba.

My mother’s respect and deep affection for her environment, continues to energize her. She can identify all the birds around Dominica. Even now, she finds it hard to pass a flower without smelling it.

My mother provides me with a deep seated wisdom, that l respect and am truly appreciative of. She has given me a wealth of joy, and she still gives me joy.

This is such a sad story, Glad that it has had a positive ending.

This is a pathetic story but I am glad it ends well I really like your courage to share your story, maybe with stories like this the government will come out with blueprint on dementia , I and my sister took my mum home to help her a bit maybe seeing her sisters and brothers could bring some memory back but she passed she did not even spend up to 3months

Hi I.have vacular dementia and suffering memory loss I am also have diabetes and and newoperthy my walking is very and have to use a wheelchair and seeing other people with demientia and how they cope gives me a lift thank you

People in government are so ruthless.

Touching story. Thanks to Dementia Friends and all the wonderful work. The Government needs to look and see all the folks that work so hard deserved to be treated with respect and fairly.

Your love for your mother oozes from your story. ❤️ I am deeply ashamed to be associated with this country when I hear stories like your mother’s. She no doubt came over to this country at the request of the Government of the time to fill jobs others would not do. To have that hard work and contribution cast aside and forgotten is utterly deplorable as is treating her so appallingly when at her most vulnerable. Long may she sing and dance. Love to you both. Xx

My mother passed away 4yrs this coming January from this dreadful disease after having it for about 10-12 yrs. So my heart goes out to this mother and daughter. If they have been here all them years contributing to this country then there is no way she should be removed from her "home". 😡😡👎🏻👎🏻

My mother passed away in 2008 from vascular dementia, she was 93. Thank god she had a family to support her over the last 3 years of her life. She had worked all her life up until the age of 70 reared 5 children I the youngest now 66. At the age of 90 I tried to contact crossroad for help, your society sent me pamphlets on dealing with this dreadful condition. My saviour was Liverpool Council the doctor did want to know, saying what do you expect your mother is 90. It was due to the Council that their carers society sent me on a course for cares and my mother attended a day centre for 2 hours a week. That was the only help! Fortunate my brothers would travel to give me a break to go shopping and comfort my mother in her time of need. She had come through the second world war age 20 rearing her family. This was only time she needed help as she never wanted to be a burden.

I am glad Dementia Friends have posted this story.

This is quite tragic news-how can this home-office be so cruel and deny one who has been in the UK for many years a British-Passport, after all she has done no-one any wrong whatsoever, I am on your side and would like to help you to help your mum get her passport given to her so that she can continue to remain in the UK permanently thank you.

Last time I saw my mum, she was in a home,in bed, curled up.She did not take any notice of me,she did not know me, BUT when my dog came around the bed and put her cold, wet noose on my mum,s ,mum said" Hallow".I had to laugh.
The government has to answer for a lot of alzheimer's,allowing fluoride in our drinking water.After years it has now ,quietly been taken out too late for a lot of us.

Feel very ashamed of this country and our Governments for treating your Mum and you and your family in this way.
Living with Dementia is hard enough for all concerned and no outside pressures like this can ever be justified.
I apologise for the UK's Governments who have allowed this to happen
Would this have been allowed to happen if any of our Politicians families had to endure this treatment ? I sincerely doubt it.

I work in a high care & low care dementia facility in Sydney, Australia. I am so pleased to hear this mother & daughters story ended well. Governments can be so misguided in their efforts particularly in understanding what families go through in helping their loved one's. They sit on their backsides pushing their pens but are never at the grassroots of this global issue. Govts need to do more in assisting families experiencing these issues. Such a sad story but a very happy ending.

So grateful that you are able to share your experience with us. Although a difficult time you have shown resilience and strength.
I'm pleased you were able to contact Alzhiemers for support. I did the same and cried during an Annual General meeting which I really , I mean really needed!
My mum was diagnosed in 2003 and having lived overseas for 20 years i returned home in 2004 as a daughter but quickly became her carer. Dad had survived several strokes so an incredibly difficult time as 2 of my girls were also adjusting to the school system. I had to be strong for everyone around me. Both my parents passed away within 5 months of each other but i have to say returning to support.them was the best thing. So proud of you..make every day count and remain a blessing. You are never alone.

until we have a government which is concerned for the under privileged, the disabled, the poor, the homeless, and all those people who cannot ifght for their rights , things will contnue to get worse for the majority in this country.