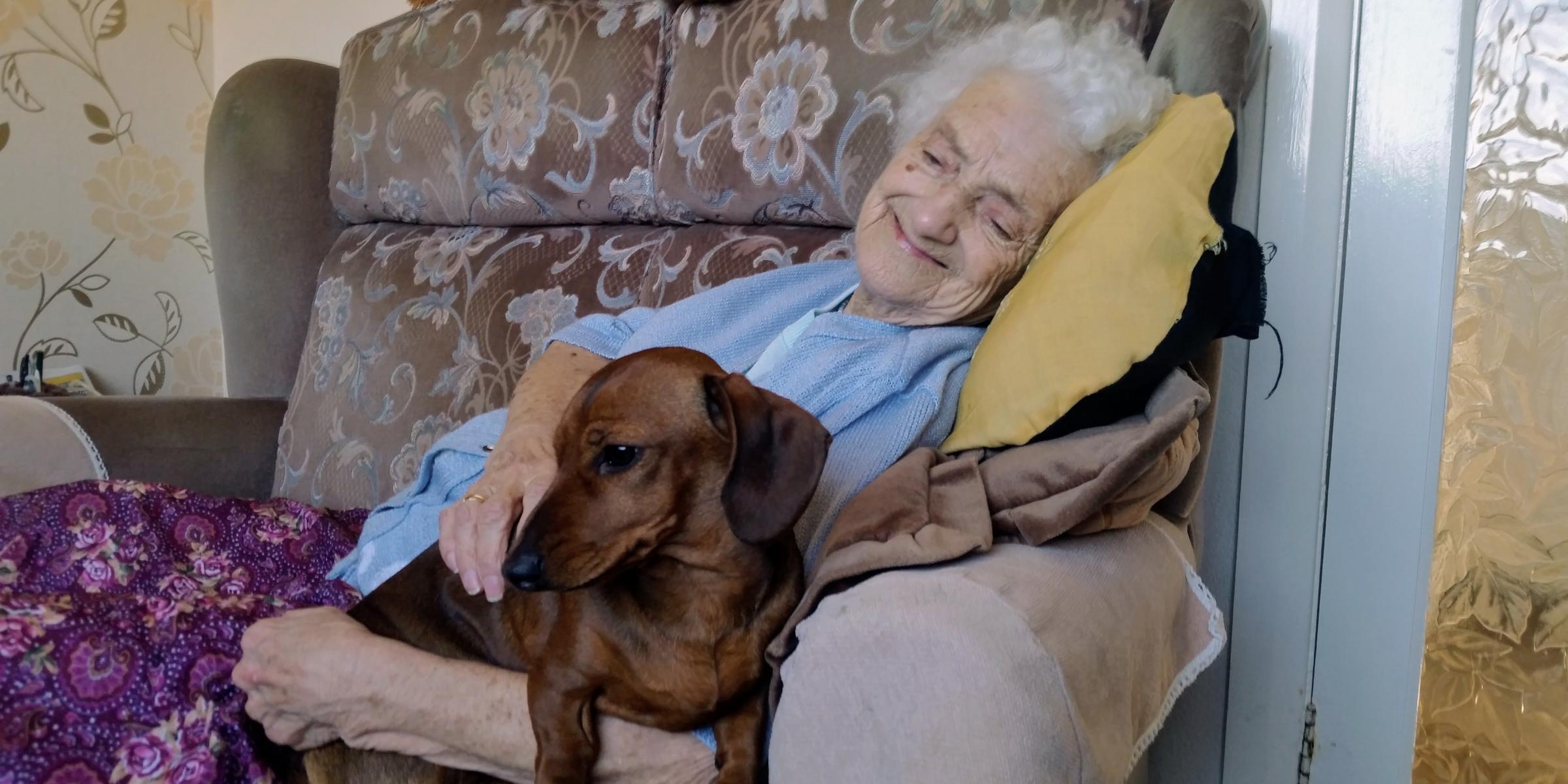 Advice
Animal companions: can caring for a pet help a person with dementia?
Blog

Pets can give people with dementia feelings of unconditional love. But getting a new pet isn’t a decision to be made lightly. Here we share 6 things to consider before seeking a pet for someone with dementia, and some personal experiences shared by members of our online community.

People with dementia can find caring for an animal to be a source of support and stress-relief. A person living with the condition can also benefit from companionship and friendship from keeping a pet, and may provide a sense of purpose.

But there may come a time when the pet’s owner is no longer able to look after them. It’s hard to know whether keeping a pet is the right choice.

How can a person with dementia benefit from animal interactions?

There are some suggestions that animals can communicate better than humans with people with dementia. This is thought to be because animals rely more on body language than verbal communication.

'I believe that having a pet has helped [my other half] maintain some empathy for another living being. Maybe he's lost that depth of understanding for me, but he really has an honest loving connection with her and that is really worth keeping.’
- Dementia Talking Point community member, Lawson58

Animal-assisted interventions can often improve self-esteem and confidence in people with dementia. It can also promote quality of life and encourage independence.

Visits from an animal can be an energetic experience or an exciting part of a person’s day. Animals can be a wonderful source of love and laughter.

Some people with dementia, or those supporting them, may want to adopt a pet. Here are some important things to consider before seeking a new pet.

Caring for a dog 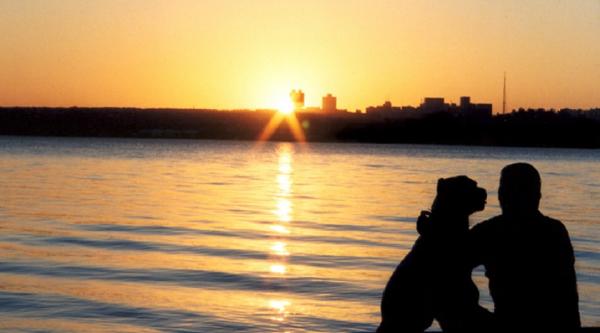 Advice
Dementia together magazine's 'Ask an expert' column on supporting a person to continue caring for their dog after being diagnosed with dementia.
2

'Mum is now in a care home and a large collection of cuddly toys fulfil the furry animal role.’
- A Dementia Talking Point community member

What happens if a person with dementia can no longer care for their pet?

It is important for people with dementia (and those supporting them) to think about what might happen to their pet if they are no longer able to look after it. Animal welfare should always be considered and managed appropriately.

If the person with dementia is moving into a residential care setting, they may not be able to take their pet with them. It is a good idea to speak to the accommodation or home management about this to make sure. 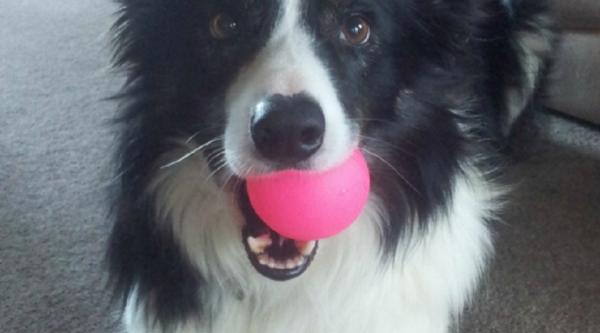 Real stories
Bryn the dog is a Side by Side volunteer who works as a therapy dog. Read about what he got up to in January in his work with dementia.
2

The animals and their owners, who are often volunteers, might make regular visits to care homes. They will often be breeds of animals with a calm or gentle temperament. This is often known as ‘pet therapy’.

There could also be ‘residential programmes’ in place at the care home. These might allow ongoing interactions between animals and people living in care. For example, there could be a resident cat or fish tank permanently within a care home.

If a person with dementia previously owned a pet, these animal interactions could help with reminiscence. Visits from animals may help people with dementia recall memories, and could become an activity for someone to look forward to.

'Walking a dog is a great introduction to many like-minded people and has encouraged mum to be more social.’
- Dementia Talking Point community member, Sam Luvit

Our online community, Dementia Talking Point, provides a platform for people affected by the condition to share their experiences. Here's an open thread about pet ownership and the challenges and benefits it may or may not bring.

Loneliness, Living alone, Exercise and Physical activities
Back to top

When is it time get rid of the dog? My Grandma’s dog is abnormally attached to her. Follows her every single place. Won’t be friendly to anyone else in the house. Snaps at people when you try pet him. Jealous of her interacting with kids. Doesn’t play or run; basically has no personality. He’s an older small dog, but she’s only had him a year and a half. She went and got him from a shelter after her previous dog suddenly died and before her dementia worsened.

She has absolutely no boundaries with the dog. He lays wherever he wants spreading dog hair everywhere, jumps in her lap when she’s eating at the table. He won’t even allow her to sit in any of the recliner chairs alone. He jumps in the chair as she’s trying to sit down and she’s 80 years old.

For the past month and a half he has decided that he no longer wants to go out the doggy door because now my Grandma spends all of her time upstairs in her room. She’s been that way for about 5 months since her dementia has worsened and she’s no longer cooking for herself or handling her medications herself. Even with her spending more time in her room he still was going outside to use the bathroom. She leaves her bedroom door cracked throughout the day so the dog is able to come and go as he pleases. If he hears anyone of us downstairs he won’t even come down the stairs. Now it’s to the point where he’s using the bathroom in the house all the time whenever he sees fit. It upsets her but she refuses to get rid of the dog.

She just says she’ll clean up after him or she’ll attempt to come down the stairs so he will go outside but sometimes he will just stop and use the bathroom inside on the way down the stairs. She doesn’t realize her inability to take care of herself and how the responsibility of the dog falls on everyone else. Now it’s to the point where she’s letting the dog out her room all hours of the night thinking he’s going out the doggy door but he’s using the bathroom in the kitchen or the living room then going back up stairs.

Actually the reason I’m up now is because we have a sensor on her room door to alert us when she opens the door because she was wandering around the house confused at night. Now the wandering has stopped, but she’s still not sleeping through the night and continuing to open the door to let the dog out waking me up. I am not able to sleep through the night.

Unfortunately the decision to replace the dog with a younger friendly dog doesn’t fall on me. None of the decision makers want to be the one to get rid of the dog for fear of upsetting her, but in my opinion it’s unsanitary to keep the dog and it’s creating a stressful situation for everyone in the house, including her.

Thanks very much for getting in touch. It sounds like you're in a difficult position. We know it must be hard not knowing which steps to take to benefit your Grandma and her wellbeing.

If you're based in the UK, we'd strongly recommend speaking with one of our dementia advisers through our Dementia Connect support line on 0333 150 3456. They can provide information and advice specific to your Grandma's situation with the dog. They're available to support you whenever you need them: https://www.alzheimers.org.uk/dementia-connect-support-line

You may also find it helps to talk with other people who have gone through or are going through similar experiences. Visit our online community, Talking Point, for peer support: https://forum.alzheimers.org.uk/ It's free, and open day or night.

We hope this is helpful.

I would like to get my mother a robotic cat to try as they look very soothing. The ones on Amazon look a bit unrealistic. Any ideas where I can get a more life like one in the UK?
Thanks

We have some 'breathing pets' in our online shop which you might like to have a look at. The cat is out of stock at the moment, but there are some dogs available:

Hope this is helpful,

My mum has Alzheimer’s and my dad was her carer until 6 weeks ago. Unfortunately he died suddenly. Mum is extremely lonely and keeps asking if we could get her a cat. Is this a good idea?

Hi there Kate,
Thanks for getting in touch. Firstly, we are very sorry to learn about the sudden loss of your dad. This must be an extremely difficult time for you and your mum. With this in mind, we would really recommend chatting with one of our dementia advisers. They can discuss options with you on how to best support you and your mum, especially while she's feeling so lonely during this sad time. Please call our Dementia Connect support line on 0333 150 3456. (More information on opening times: https://www.alzheimers.org.uk/get-support/dementia-connect-support-line)
Also, getting a new pet is a popular topic within our online community, Talking Point. You may find it helpful to talk with other people affected by dementia who have been through similar situations: https://forum.alzheimers.org.uk/threads/pets-as-therapy.113447/
We really hope this is helpful, Kate.
-
Alzheimer's Society blog team

My father has dementia and my mother is his career and wonts to get him a puppy .As we all know one of the sight affects with dementia is verbal aggression. Is it wise to get him a pet or is that verbal aggression just towards a human. This person with dementia isn't the father I once new, so its like getting to know a new person and thats why I ask will the pet be a calm for him or will he be mean to it? is it a bad idea to bring a pet into his life this far into dementia,or am I just over thinking it?

Hello Lisa,
Thanks for getting in touch. You may find it helpful to discuss your father's situation with one of dementia advisers. They can provide you with information, advice and support. Please call our Dementia Connect support line on 0333 150 3456. (More information on opening times: https://www.alzheimers.org.uk/get-support/dementia-connect-support-line)
Additionally, getting a new pet is a popular topic within our online community, Talking Point. It can be helpful to talk with other people affected by dementia in similar situations: https://forum.alzheimers.org.uk/threads/pets-as-therapy.113447/
We hope this helps, Lisa.
-
Alzheimer's Society blog team

My mom has a moderate dementia, I would like to foster a dog or cat for her. She used to have dogs many years ago and I believe it will give her happiness to have a pet at home. Please let me know where I can contact pets that visits patients at home in the Miami area.

I volunteer for a charity called Noahs Art that takes therapy animals in to Mental health units, Care homes and other places. We take dogs, rats, guinea pigs and rabbits. !

We are very fortunate that Mom's 10 yr chihuahua has been a welcomed visitor in the residential placement. Her therapy dog, of sorts.

Yes it can and does....It is the best therapy there is for pet and patients