Research
Report: Is there a link between air pollution and dementia?
For researchers

Research has linked air pollution to a wide range of health problems, including dementia. Alzheimer's Society invited a panel of experts to analyse the evidence of this emerging risk factor.

In the 2019 Clean Air Strategy, the UK Government has stated that air pollution is the top environmental risk to human health in the UK 1.

Worldwide outdoor air pollution has increased eight per cent 2, and is reported to cause more than three million deaths per year, more than malaria and HIV/AIDs combined 3.

As a leading UK dementia charity, Alzheimer's Society brought together a roundtable of experts in neurology, epidemiology and environmental risk and the behaviour of metals in the brain.

As the following report shows, our experts agree that evidence to date supports several possible ways that pollution could be indirectly associated with dementia.

However, more research is needed to find out whether there is a direct, causal link.

What are we talking about when we say ‘air pollution’?

Air pollution refers to substances that are present in the air, or have entered the air, that have harmful or toxic effects. Air pollution can come from many sources, travel across distances 4 and interact with other molecules to cause different effects.

Air pollution has been a focus of several studies on cognitive impairment and dementia risk. There is evidence that tiny air pollution particles can enter the brain, but at this time we can’t say if they play a role in the development of dementia. There is a strong case for further research into the effect of air pollution on brain health.

Air pollution is made up of both gases and tiny particles caused as a side effect of burning fuels – these are called particulate matter (PM).

They are named according to their size PM2.5 includes particles under 2.5 micrometres which is about three per cent the width of a human hair and PM10 is particles around 10 micrometres. Even smaller particles are called ultra-fine particles (UFPs) and these are less than 0.2 micrometres wide.

Several different components of air pollution have been identified as a cause for concern when it comes to our health. Research so far has suggested that nitrogen oxides 5-7 and PM2.5 and PM10 6,8,9 show the strongest link to cognitive decline and potentially dementia. Ozone 8,9, carbon monoxide 7 and environmental tobacco smoke show a lesser but still notable association.

Regulations do not apply equally to all forms of air pollution, at present there is less monitoring of and therefore less information about the effects of UFPs than there is of the larger PM2.5, PM10 and gases such as ozone.

Population evidence of a link

Researchers have investigated how exposure to air pollution affects the risk of dementia or cognitive impairment in populations of people over time. These are called epidemiological studies.

These epidemiological studies have shown evidence of a link between exposure to air pollution and decline in brain health 10,11.

Dementia risk: Something in the air? 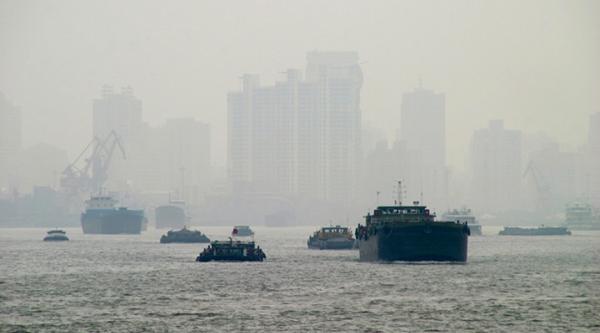 Research
We examine the new research investigating whether exposure to air pollution could increase the risk of dementia.
0

However, there are limitations to these kinds of studies. For example, many base their findings on where the person they are studied is currently living, without factoring in how much time they spent at home, where they might have lived previously or what their working environment is like.

In addition, these types of studies are often ‘retrospective’ meaning they look back on data and correlate their findings rather than recruiting participants and following their health through their lives.

Indirect link – could air pollution be the ‘heart’ of the problem?

Though research to date has not yet definitively shown a direct mechanism by which air pollution could cause dementia, evidence does point towards an indirect cause. Specifically, this means that the effect of air pollution on our respiratory and cardiac health likely has a knock-on effect on brain health, increasing our risk of dementia.

We know that inhalation of air pollution, in particular PM2.5, is associated with direct effects blood vessels causing a systemic inflammatory effect which in turn can lead to the development of cardiovascular disease 12,13.

A recent large observational study 14 run by the European Study of Cohorts for Air Pollution Effects (ESCAPE), medical history and air pollution exposure was collected from almost 100,000 people. The researchers reported an association between fine particles and the incidence of cerebrovascular events in the European population – even when concentrations were lower than the legal limit. However, experimental research is required to provide concrete evidence of a link.

Evidence suggests a significant role for cardiovascular disease and its risk factors in age related decline in thinking and memory skills 15. Recent studies have found that over 3 million cases of dementia could be prevented by reducing the top modifiable risk factors for dementia. Risk related to heart health was found to be one of the top three modifiable risk factors 16,17. This evidence and similar investigations support the growing consensus that heart health may contribute or worsen the development of dementia.

Could air pollution directly cause dementia?

The blood brain barrier has a critical function protecting the brain from unwanted species circulating in the blood. Temporary or long-term damage to the cells of this barrier has been proposed as one way that toxins from the environment might be able to enter the brain 19. Some researchers have detected UFPs in post-mortem human brain tissue, and the olfactory bulb, which is located inside the top of our noses and allows the brain cells that sense smell to pick up scents from our environment, has been proposed as a potential route of entry into the brain for UFPs 20.

There is evidence to suggest that UFPs from air pollution can be present in the brain, including ultra -fine particles of iron oxide. By examining the shape and chemical properties of these particles, researchers can tell if they came from pollution caused by processes such as burning fuels. These particles are different from the normal stores of iron oxide that have an essential function in our brains. Iron oxide particles from air pollution sources have been reported in the brains of people with Alzheimer’s disease 20. Iron oxide particles with many of the same properties, but considered to have formed within the brain, have been found within amyloid plaques from people with Alzheimer’s 21,22

The findings described above highlight the need to determine whether particles that are not part of normal brain function might be having a toxic effect. We know that iron is an essential nutrient in our brains, in normal conditions it is held in storage by specialised proteins until needed. However, when not stored properly it can encourage the over-production of free-radicals. This can result in damage to brain cells in a process called oxidative stress. Oxidative stress triggered by iron induced free radical damage has been shown to occur in the brains of people with Alzheimer’s and other neurodegenerative diseases 23

Our panellists agreed that more research is required to investigate whether UFPs from air pollution could enter the brain through the olfactory bulb or through the blood brain barrier and to investigate whether they are causing toxic damage 19,24-26. The group acknowledged that because UFPs are not routinely monitored, current studies have limited information to work with. It was also highlighted that in Alzheimer’s disease, progressive changes to the brain are observed starting in a specific point in the temporal cortex and spreading in a well-characterised manner through the memory centres and out into other parts of the brain 27. It is not yet clear how uptake of toxins via the olfactory bulb or blood brain barrier might fit with this model of disease progression.

Another related mechanism that could be directly triggered by components of air pollution in the brain is neuroinflammation. This is the immune response of the brain which acts to fight invasion of toxins or disease and to remove damaged tissue. It can become over-active and cause damage to healthy tissue. A higher level of neuroinflammation has been reported in people exposed to high levels of air pollution and is associated with increased permeability of the blood brain barrier in children and young adults 19,28.

At this stage, we simply do not know enough about the effect of pollution on the human brain to answer confidently whether air pollution could directly trigger dementia.

Why does it matter?

Given that air pollution is already established as undesirable for many reasons, including its negative impact on health, why is it important to study the link to dementia?

There are currently 850,000 people living with dementia in the UK. With that number set to rise to over one million by 2025, it is more important than ever that we understand factors that increase risk and find ways to limit their effects.

If research can demonstrate that air pollution does directly cause damage or changes to the brain that result in dementia it could be possible to develop new ways to block or limit these effects. This could potentially result in a significant reduction in the number of new cases of dementia.

What needs to be done?

It is clear that more research is required to understand exactly how air pollution affects our bodies and brains. However, there is no reason to delay taking action at a personal and a political level.

The World Health Organisation estimates that a staggering 91 per cent of the global population live in areas where the level of air pollution exceeds the recommended limits 2.

While in the UK, the government’s most recent Clean Air Strategy proposes to reduce particulate matter (2.5) by 46 per cent, nitric oxide by 73 per cent, sulphur dioxide by 88 per cent, ammonia by 16 per cent and non-methane volatile organic compounds such as benzene and formaldehyde by 39 per cent by 2030. They propose that this will be achieved through enforcement of legislation addressing both national and local sources of pollution.

Research has already done enough to show that air pollution negatively affects our health in a way that could indirectly increase our risk of dementia.

To shed further light on this topic and to undercover more on the potential direct effect of air pollution, research needs to:

How can I reduce my exposure to air pollution?

Though research can’t yet give us all the answers about the potential connection between air pollution and dementia, it is clear that it is a major global health concern.

Real change will only come through politicians changing legislation and policies to improve the quality of the air we breathe. 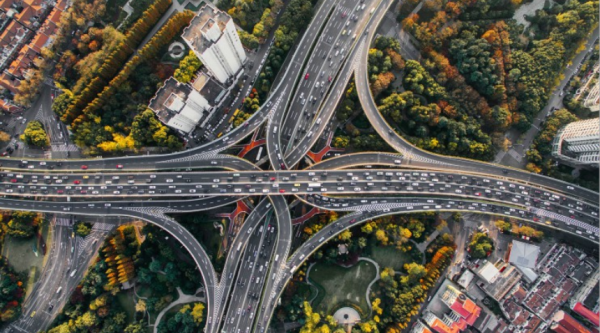 For now, there are a few things that you can do to reduce your exposure to air pollution such as:

This report is based on current research data and discussion from a roundtable event attended by the following experts at Alzheimer’s Society’s head office in London on 22 February 2019.

We're sorry to hear that you are worried about this, and it is difficult for us to provide specific information or advice at this stage.

We would strongly recommend that you speak to your GP, or another health professional about your concerns.

You can also call our support line on 0333 150 3456 if you'd like support from one of our trained dementia advisers. You can find more details about the support line (including opening hours) here: https://www.alzheimers.org.uk/dementia-connect-support-line

We hope this helps, Cheryl.

Minimize exposure to indoor and outdoor air pollution by:
1. Installing a mechanical ventilation system that brings in the fresh air you need through a HEPA filter.
2. Use a carbon dioxide meter and adjust the ventilation rate to keep the CO2 level between 600 and 1,000 parts-per-million (PPM) during the operation of space heating and cooling systems.
3. If the CO2 level falls when the ventilation system is off and the wind is blowing, then find and seal leaks in the building's envelope.