Information
A woman with Alzheimer's who wants people affected by dementia to fight injustice
Dementia together magazine: Feb/March 17

Meet Wendy Mitchell, an Alzheimer's Society ambassador who is choosing her battles to secure her and others' rights. 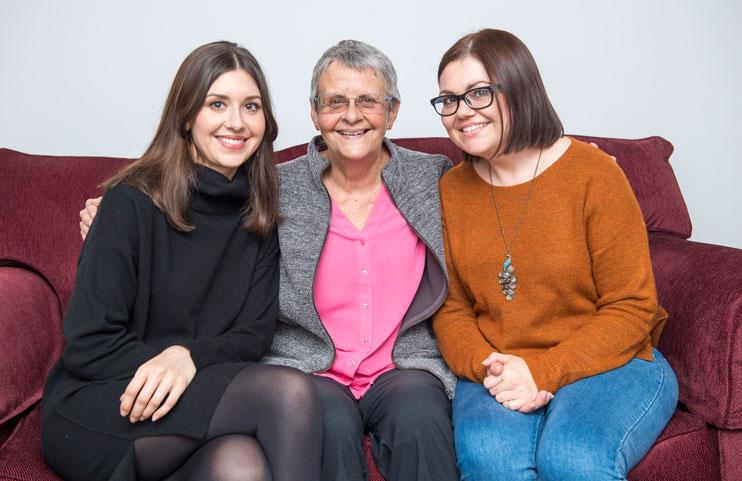 As if having dementia wasn't enough, many people also face unfair treatment.

'I'd always been renowned for having a brilliant memory – I never did forget. But then it started to let me down badly,' says Wendy Mitchell.

'I couldn't put names to faces I recognised, people I'd known for years. I'd forget the simplest of words at work. The worst episode was coming out of my office and not knowing where I was or who all the voices around me belonged to.'

Wendy was eventually diagnosed with young-onset Alzheimer's disease in the summer of 2014, aged 58.

'It was, bizarrely, a relief. It finally put an end to all the uncertainty,' she says.  'When you're experiencing strange symptoms, your mind is working overtime as to the cause.

'Don't get me wrong – it was a bummer of a diagnosis – but it was at least an explanation and I could move on from there.'

Wendy was a former non-clinical manager in the NHS, and she continued working until March 2015.

After her diagnosis, Wendy wanted to share her thoughts, feelings and experiences online. One of her two daughters, Gemma, suggested writing a blog.

'I want to show that a diagnosis doesn't have to spell the end but rather the beginning of a different life,' says Wendy.

Gemma helped her set the blog up – called Which me am I today?  – and Wendy referred to her written instructions to keep it going.

'For me, my blog is my memory, but as others started to read it, I realised it was also a way to raise awareness and dispel stigma and myths,' says Wendy.

'I want to show that a diagnosis doesn't have to spell the end but rather the beginning of a different life.

'I hope it shows other people in the same circumstances that they are still able to contribute to society – they still have a voice. Many people lose self-worth but they all have so much to offer.

'It helps people understand why their loved ones are behaving in a certain way and what they can do to help them. One person told me, "I am no longer afraid."

'People with dementia tell me they've now realised that they have so much more to offer – they see what they're capable of.' 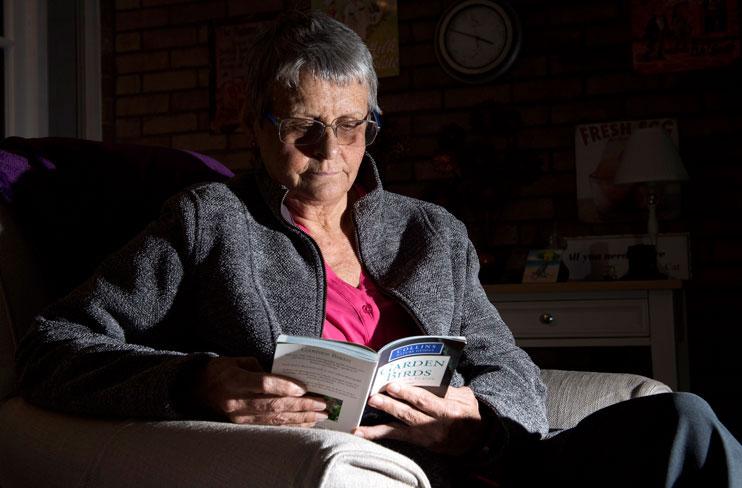 Wendy's blog aims to portray the reality of living with dementia. So what is her life with the condition really like now?

'The reality is having to adapt,' she says. 'Every time dementia throws up a new problem, there's always a way of coping rather than giving in.

'Recently I moved house. I hadn't appreciated how difficult it would be to adapt. I met my neighbours by trying to let myself into their house!

'My kitchen had two doors and I wouldn't know where they led, so I took them out and now have archways instead.

'I don't see cupboards, so I took photos of the contents so I know what's in them.

'I also can't cook like I used to. My daughters put my meals in the freezer and I can still use the microwave without burning the place down.'

Wendy's blog documents the vast number of visits and engagements she undertakes in her quest to raise awareness about dementia, including in her role as Alzheimer's Society Ambassador and member of our Research Network.

'Travelling to events is very stressful,' she says. 'I print out walking maps and photos of buildings with detailed instructions. I also have a walking app.

'It's a mammoth operation but it means I can still go somewhere. If I didn't, then I'd stay in the house and be very lonely.'

Wendy is keenly aware of how the rights of people with dementia are often ignored, and with so many potential battles she has to decide which to fight.

She made the national news recently after losing her Personal independence payment (PIP). PIP is for people under 65 with a long-term illness or disability who may need help with daily activities or getting around. Having been found eligible for PIP in 2015, Wendy was receiving £76.90 a week. However, the payments were taken away after a review late last year.

'Apparently I now don't meet the criteria, even though I'm worse than I was 18 months ago,' she says. 'They even implied I was better than before.'

Wendy found the decision demoralising, and says the people reviewing her circumstances didn't understand dementia and its impact on daily life.

'Their interpretation is that I can cook and travel, but they don't take into account the extraordinary lengths to which I have to go to do these things.

'They asked me so little – I was in and out in no time. They also didn't help me to answer the questions, which showed their lack of understanding of dementia. They ask you to remember things, which is a fault immediately.'

'We're never going to get better, so it should be a case of is our need getting greater, not less,' says Wendy.

Wendy feels that living alone puts her at a disadvantage, as it means that assessors infer she is coping and doesn't need any help.

'I've been inundated with other people with dementia experiencing the same thing,' she says.

'We're never going to get better, so it should be a case of is our need getting greater, not less.'

The review of her PIP had a significant emotional impact, and she decided not to put herself and her daughters through the strain of an appeal tribunal.

'I even cancelled some events for a week or so. My way of coping with it is to see it as another challenge of having dementia.'

However, she remains determined to continue standing up for the rights of people living with dementia, and encourages others to do the same whenever they can.

'We're definitely seen as an easy option because it's so stressful to fight that people would often think we wouldn't bother.

'I want others to know that they don't have to accept injustice – there are people out there who will help.' 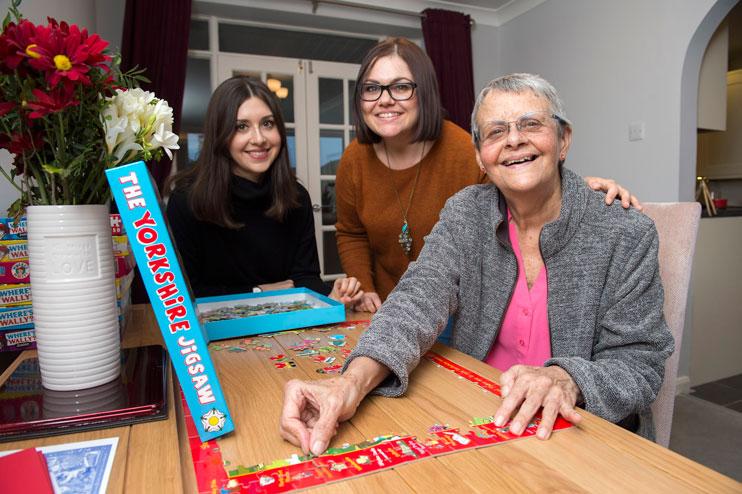 Despite these ongoing challenges, Wendy acknowledges that her dementia has led to some amazing opportunities and experiences.

'Being involved with Alzheimer's Society has given me lots of "wow" moments that I otherwise wouldn't have had,' she says.

'I went to the premiere of Still Alice and met Julianne Moore. It was very surreal but she was the most wonderful person. Even when her minders said it was time to go she insisted on staying and chatting more.

'I don't remember many things I've done but that stays with me as a nice memory.

'She even mentioned me in her BAFTA acceptance speech – that was wonderful.'

As for the future, Wendy's outlook, as ever, is realistic yet optimistic.

'I never dwell on the future, it's a wasted moment because I can't change what will happen to me,' she says.

'I concentrate on enjoying today, not dwelling on things I don't have control over.

'I focus on the here and now – I have control over that. I enjoy the moment.'

As a Carer finding support is impossible. To get my husband into a day care, a waiting list if a year. Finding anything for him to do in our area!! His friends are are gone and with a severe hearing problem it makes it worse.

Hi Suzanne,
We're sorry to hear about the difficulties you are facing with your husband.
Please call our advisers on the National Dementia Helpline on 0300 222 11 22. They can provide information, advice and support. The Helpline is open from Monday to Wednesday (9am-8pm), Thursday to Friday (9am–5pm) and Saturday to Sunday (10am-4pm). More about our Helpline: https://www.alzheimers.org.uk/get-support/national-dementia-helpline
We really hope this helps, Suzanne.
-
Alzheimer's Society blog team