Readers of Dementia together magazine comment on a positive but realistic memoir by a dementia activist in Germany.

Fighting for our rights 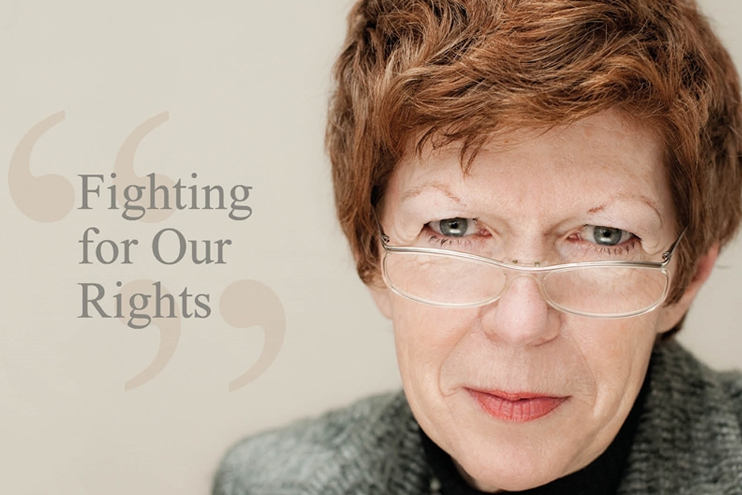 Helga Rohra, in Germany, was diagnosed with Lewy body dementia nine years ago, in her mid-50s. A former translator, she initially wrote about her experiences under a pseudonym but abandoned this so that she could challenge perceptions of people living with dementia in a more public way.

Jim Murrell, in our Dementia Knowledge Centre, says, ‘Given the title, it is not surprising that this is a very forthright personal memoir. It is also a rallying call for better approaches to working with people who have dementia, as opposed to working on their behalf.’

‘She finds a sense of empowerment from her diagnosis,' says Jim.

Although Helga’s book includes honest accounts of her fears and concerns about early symptoms, as well as frustrations in dealing with the ‘wheels of bureaucracy’, it is far from being a negative book.

‘She finds a sense of empowerment from her diagnosis, which gives her purpose and direction in challenging her condition,’ says Jim.

Joyce Welsh in Surrey enjoyed the book, saying, ‘The author writes about what she has achieved through her own determination and courage since being diagnosed with dementia. 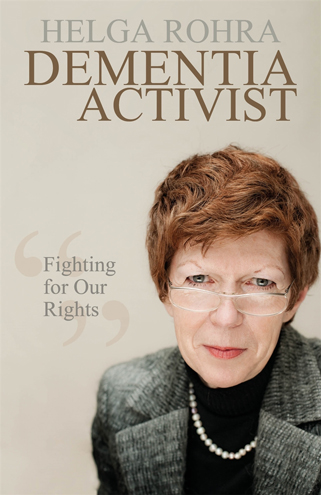 ‘She describes how, at first feeling helpless and frightened, the support of friends and colleagues gave her the confidence to take part in many inspirational things to become the person she is and truly was before diagnosis.’

Jim says, ‘We are given particularly good insight into the issues of young-onset dementia – especially what she describes as the “invisibility” of the condition, being told at one point that she is very articulate for a person with dementia!’

Miss A Lee in London adds, ‘I must say, I now understand more about dementia than I did before, and about what the family of someone who has dementia goes through themselves.’

Helga is a strong advocate for independence, stressing the need for people with dementia to be fully involved in decision-making processes.

Jim says, ‘Her chapter on how she would like others to interact with people with dementia emphasises the importance of understanding and patience, without patronising or underestimating the contribution they can make.

‘While the book pulls no punches with its descriptions of the concerns and daily issues that come with a diagnosis of dementia, it is predominantly a positive approach to living with the condition.’