We hear from a man with Alzheimer's disease using his media work to promote a positive approach to dementia. 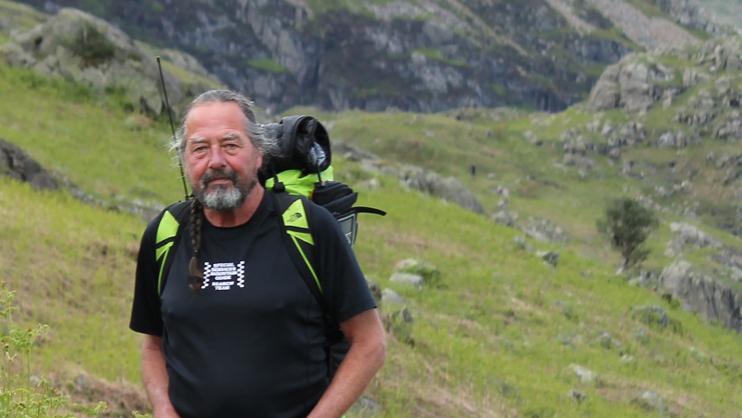 Sion Jair, who was diagnosed with Alzheimer's in 2012, has appeared on TV, radio and in the press to share his story of living with the condition.

Sion, of Ulverston in Cumbria, speaks to the media about his daily mountain climbs in the Lake District and how he uses physical activity to combat the effects of dementia.

It's all part of the 68-year old's positive outlook on life.

'Personally, having dementia doesn't bother me,' says Sion, who has even set up his own mountain navigation training service.

'Although I find it difficult to do anything new or different, I can still do the things I've done for years like the climbing and navigating.

Sion first came to media attention when he and his partner planned and completed their own personal mountain marathon.

They walked 28 miles across 12 mountains within 24 hours, raising money for charities including Alzheimer's Society.

'The local press reported on that, then they had contact with other newspapers and TV – it went viral,' says Sion.

'I've done over 30 interviews this year just from that one thing.'

Sion's media appearances include the BBC, ITV and Radio 4, as well as The Times, Observer and Guardian.

He enjoys the thought of his work helping others who have dementia.

'I just want people to realise that life doesn't end when Alzheimer's begins,' he says.

'If people see others carrying on as normal and being positive, it's going to encourage those recently diagnosed to think, "I haven't got to give up."'

World of difference: The value of volunteer support 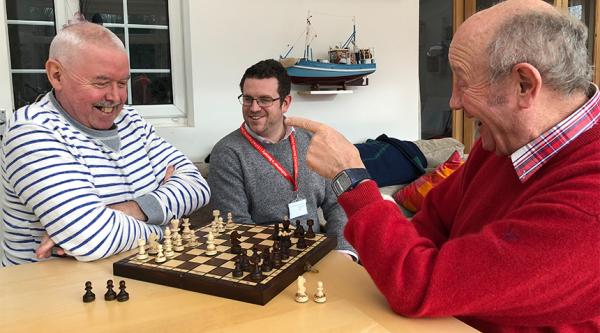 Real stories
We speak to a Belfast man with dementia who has gained a new lease of life through our volunteering service.
0

Sion has also worked with Alzheimer's Society staff and volunteers, speaking on stage at a recent internal event.

'I absolutely loved it – I would do it every day of the week if I could,' he says.

'I feel as though I've got some value to offer.'

Sion also encourages others to share their experiences, whether to raise awareness or simply for their own benefit.

'I totally believe that people should be open about their diagnosis and story,' he says.

'The more you can do that, the less you have to hide it.'

Alzheimer's disease
Back to top