Real stories
Good for the soul: A man with dementia who has learned the value of helping others
Dementia together magazine: Apr/May 18

We meet Abdul-Fady Othman, who takes strength from supporting others.

Throughout his eventful and sometimes difficult life, Abdul-Fady Othman has overcome alcoholism, schizophrenia and cancer, not to mention divorce and a period of homelessness.

His latest challenge is Alzheimer's disease, which he is facing with the support of his wife, a strong sense of perspective and a desire to help others.

Click the play button to listen to an audio version of this story:

You're not alone: Getting the support you need on Talking Point 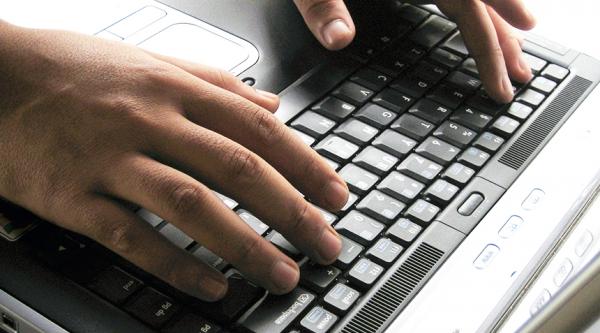 Information
Our online community can help even if your situation is unusual or unique.
0

Abdul-Fady was born in Aden - now in southern Yemen - in the early 1940s. At the time it was a British colony, a distinction that Abdul-Fady is keen to underline.

'My passport doesn't say Yemen, I was born in Aden under British rule,' he says.

'I've never applied for a Yemeni passport and I never will.'

Abdul-Fady, 77, doesn't know many details of his earliest days, other than that he was left in the hospital by his biological mother. He suspects she may have been underage or unmarried.

He was raised by a Church of Scotland missionary who had come to Aden to help run hospitals. She took on Abdul-Fady and two other children, bringing them up as her own.

'I call her my guardian mother, she could never be called a foster mother,' he says.

'I had a Scottish mother, English father, a brother who was Jewish, a  sister who was Arab, and me of Somali origin - it's complex!,' he laughs.

'But the marvellous thing was that we lived as a family, getting on with each other very well.'

'I remember coming down the gangplank at Tilbury Docks and thinking, "Mummy, there's smoke coming out of my mouth!" I didn't even have a clue what snow was.'

After spending 10 years working as a stock clerk for an oil company, Abdul-Fady embarked on a series of jobs including forklift truck driver, labourer and steelworker.

'Every two years I went from job to job, chasing the money,' he says.

'I always moved on for more money because there was something developing in me all the time that wasn't very good - alcoholism.

'I had the family and a mortgage but I think I wanted to live the life of a single man.'

'I went downhill and downhill. I slept rough in the street, in the station,' says Abdul-Fady.

Abdul-Fady eventually experienced what he describes as a 'breakdown in the head'.

'I just couldn't work anymore, couldn't manage anymore. There was a total breakdown in the marriage - we just couldn't live with each other.

'I went downhill and downhill. I slept rough in the street, in the station, not looking for a job.'

After 10 years of what he calls 'dossing around and doing nothing', Abdul-Fady somehow got his life back on track.

'I think it was my upbringing in the church. I came home one day and just got on my knees and said a prayer,' he says.

'I went into detox and began looking for a job.'

Alcohol consumption in excess has well-documented negative effects on both short- and long-term health, one of which is brain damage that can lead to Alzheimer's disease or other forms of dementia.

Abdul-Fady later worked as a security supervisor for the Inland Revenue, but became troubled by hallucinations and paranoid thoughts, eventually being diagnosed with schizophrenia.

'That was a period of hell,' he says. 'All the time, voices in your ear and seeing things.

Abdul-Fady was still drinking and having these distressing experiences when he met his second wife, Małgorzata, a Polish tailor and machinist, in 2006.

Małgorzata told him that if he wanted to be with her, then he had to stop drinking. He did, and the voices in his head began to clear.

Abdul-Fady later developed prostate cancer, but it was caught early and treated with radiotherapy, and thankfully hasn't returned.

However, Małgorzata then began to notice new changes in Abdul-Fady's behaviour.

Previously he would never have gone outside their west London home without changing into nicer clothes, but he started going out in his indoor clothes without showering.

He also began to have memory problems, as well as feeling lethargic.

'I was forgetting everything, not registering things,' says Abdul-Fady. 'She'd tell me to do something and I would forget pretty well immediately.

'I was also sleeping half the time - always tired. It took me all my effort to go and poach an egg. It was horrible. I'd watch a film and not know what the hell was going on, because I'd gone to sleep in between.'

A brain scan and further tests led to a diagnosis of Alzheimer's in February 2014.

Abdul-Fady started taking medication, but this was soon stopped after he experienced dramatic side effects.

Dementia Advice - help for people with dementia and their families

Find out what Alzheimer's Society Dementia Advisers can do for you.

On the third night of taking those tablets, I smacked the pillow and missed my wife by centimetres,' he says.

Abdul-Fady was then told that the medication can have side effects for people who have a history of walking or talking in their sleep, as he did.

'Yet the doctor gave me the tablets without checking beforehand!' he says.

Abdul-Fady, who also has arthritis and diabetes, credits his wife with helping him through some tough times.

'She's a godsend, an angel,' he says. 'I could have gone to pieces without her looking after me so well.'

He has also been boosted by attending a day support service in Hammersmith, run by the Society, twice a week.

'I go there and get fellowship,' he says. 'You've got quizzes, bingo, music and dancing.

'It's getting people working together, enjoying each other's company and stretching our minds - I need that.' Abdul-Fady enjoys supporting other members of the group, something that he believes reflects a new aspect of his personality.

'I'll help somebody who's not good on their legs to go from one side of the room to another, or I'll take somebody who can hardly stand and have a dance,' he says.

'I feel I've changed. I've always put myself out that extra bit and got no reward for it, which made me angry, but now I'm not angry if I don't get any reward for it. A nice feeling comes over me, it's good for the soul.'

Seeing people whose dementia is more progressed than his own has spurred Abdul-Fady on to be as supportive as possible.

'It makes me work harder to help people like that - I want to see them happy,' he says.

'There's a lot of loneliness with Alzheimer's but you can make people laugh, join in and have fun.'

Abdul-Fady is especially aware that it may not be obvious to onlookers that someone has dementia, or many other conditions.

'You could have a problem but people see you bright-faced, laughing and joking and think, "There's nothing wrong with him,"' he says, 'but you don't know the pain within people.'

'If people don't notice my dementia, fair enough. But there are certain people who need support - you've got to notice them,' says Abdul-Fady.

Abdul-Fady doesn't seek others' sympathy, preferring that they focus their attention on people who he feels are in greater need.

'If people don't notice my dementia, fair enough. I can understand them not seeing it,' he says. 'But there are certain people who need support - you've got to notice them.'

As he reflects on the past, Abdul-Fady also refuses to concern himself with what might be around the corner.

'I'll try and do as much as possible while I'm here. I really don't think about how long I'm going to last,' he says.

'I don't worry about it because I know that when I die, I'll be going to a better place.

'I just plough through, year after year, ever faithful to my wife and friends.'

More from Dementia together magazine: Apr/May 18: