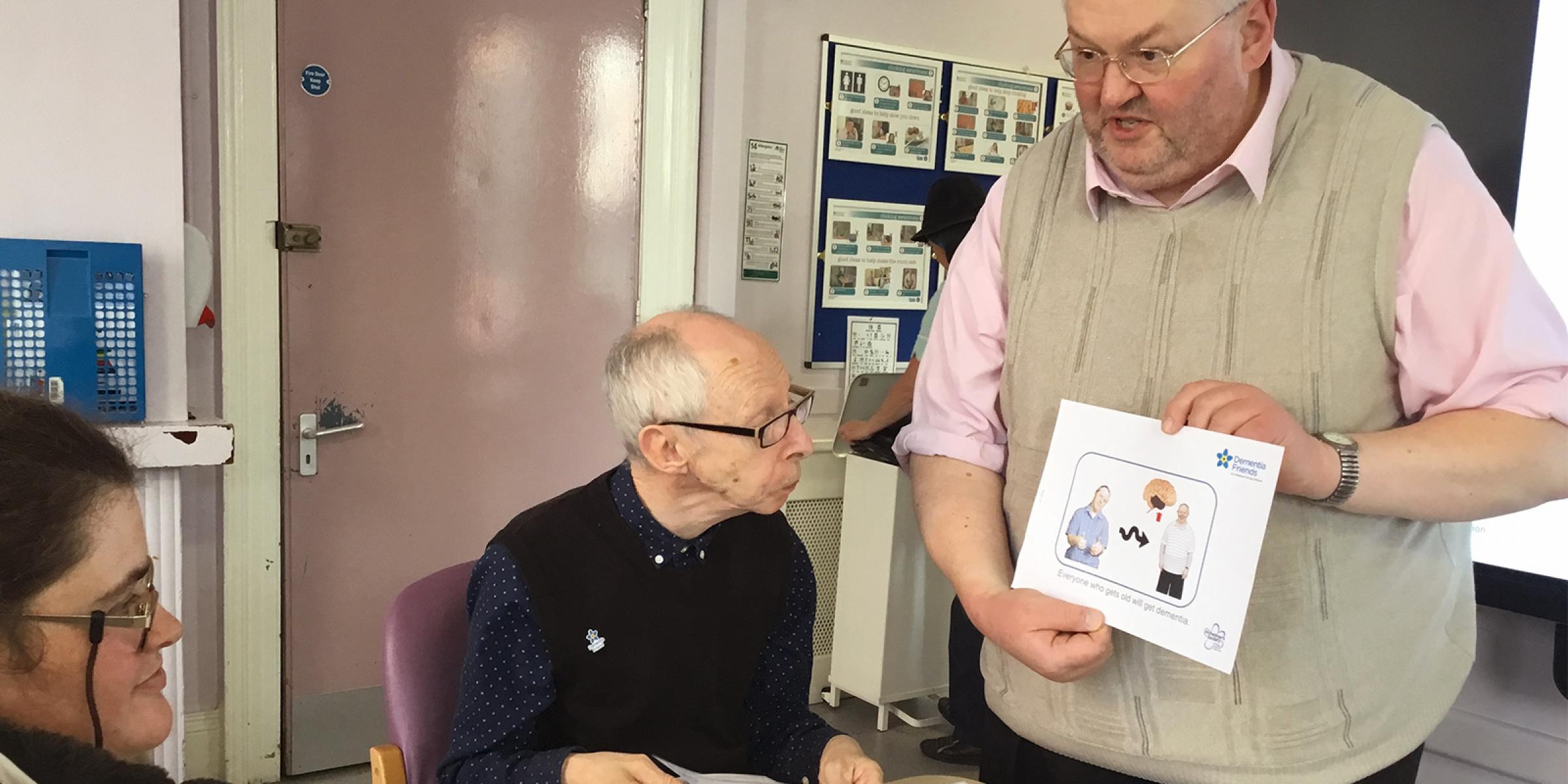 A Dementia Friendly Communities Champion in Belfast is improving understanding of dementia among people who, like him, have a learning disability.

Joseph Turnbull is one of an inspiring group of people with learning disabilities in Northern Ireland who are helping to give their peers a better understanding of dementia.

‘Years ago, if you said somebody wasn’t well, they might just put you in an institution,’ says Joseph. ‘Today, we can take the fear out of getting dementia. The more you talk about it, the more people understand it.’

‘Sometimes people with a learning disability can be frightened of saying, “I have dementia,” ’ says Joseph.

In a recent Society initiative in Belfast, people with learning disabilities took part in adapted information sessions at day centres to become Dementia Friends. Joseph is one of 11 who went on to be trained to run sessions themselves.

‘Sometimes people with a learning disability can be frightened of saying, “I have dementia.” But they deserve the same respect and support as others,’ he says.

More than ready: Inspired by experience 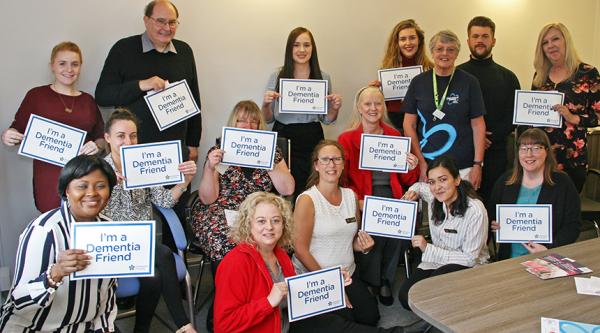 Real stories
A Dementia Friends Champion in Cambridgeshire volunteers for the cause in memory of her mum.
0

Dementia Friends aims to transform the way that everyone thinks, acts and talks about dementia, and you’re at greater risk of developing the condition if you have a learning disability.

In Northern Ireland, Dementia Friendly Communities Champions run information sessions for new Dementia Friends. These were adapted to make it easier for people with learning disabilities to take part.

The usual sessions can be divided into two or four chunks and done over time. New resources with more straightforward language and images help to explain dementia.

The best you can

Joseph refers to his own experience of dementia during information sessions. ‘It helps people to understand it more,’ he says.

Both of his parents had dementia, and he had to deal with its impact on the people he’d lived with his entire life.

‘I can relate to people, and they feel better because somebody is listening to them,’ says Joseph.

‘There were times I felt rotten,’ says Joseph, ‘because there was nothing I could do for them. You see different parts of the brain closing down, but you have to get on with it and do the best you can.

As a champion, however, Joseph is creating real change for other people.

‘You have to be confident in what you’re talking about. I can relate to people, and they feel better because somebody is listening to them. When somebody says thank you for listening to me, it makes it all worthwhile.’

People with learning disabilities who became Dementia Friends at the day centre sessions have been making a difference in other ways too.

This has included making their own day centres more dementia friendly as well as involving other centres across Northern Ireland. They’ve also helped to review our Easy Read information for people with learning disabilities.

For Joseph, the motivation to bring dementia out into the open is clear.

‘It’s better to talk about it than keep it hidden in our hearts and minds,’ he says.

Volunteer as a Dementia Friends Champion