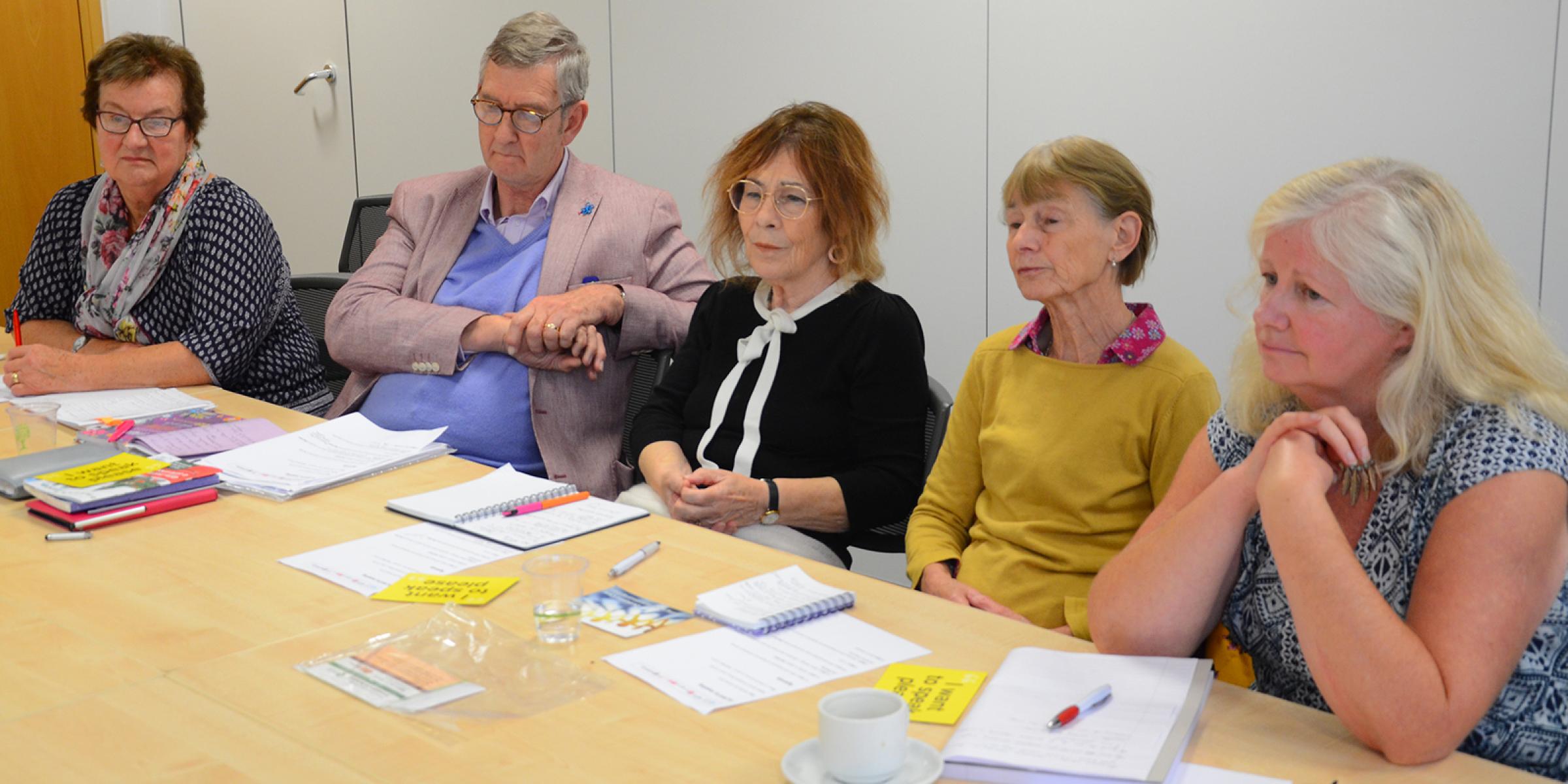 People affected by dementia are supporting a major long-term study.

Since 2014, the IDEAL research programme has been looking at people’s real-life experiences of dementia, to see what helps them to live as well as possible.

IDEAL, which stands for ‘Improving the experience of dementia and enhancing active life’, involves over 2,500 people with dementia and family members or friends who provide support.

Based at the University of Exeter, with Alzheimer’s Society funding and involvement from other organisations and universities, IDEAL follows people’s lives over several years. The researchers do this using face-to-face interviews and questionnaires.

The study looks at what things influence how people affected by dementia are able to live well, and the impact of changes over time.

‘The group brings in a perspective that the researchers don’t have,’ says Rachael.

A group of people affected by dementia has been advising on different aspects of IDEAL. Called ALWAYs – short for ‘Action on living well: Asking you’ – the group’s members draw on their personal experiences, skills and expertise to do this.

‘The group is the first port of call for researchers to sense-test ideas and ways of working,’ says Rachael Litherland from Innovations in Dementia, who supports and facilitates the group.

‘It brings in a perspective that the researchers don’t have.’

Join Dementia Research is a UK-based service that allows people to register their interest in taking part in dementia research.

Group members, who come from across the country, have different reasons for wanting to be involved.

‘I like the idea of being at the forefront of research,’ says Julia, who cared for her late mother. ‘We’re helping researchers from an early stage with our experiences.’

Keith, who was diagnosed with Alzheimer’s disease in 2010, feels that the IDEAL study can help change how professionals approach dementia.

‘I don’t think there’s anything quite like IDEAL anywhere, so it can really make a difference,’ says Keith.

‘Medication is tried and tested, so sometimes they play safe with that and stay away from the support side,’ he says. ‘I don’t think there’s anything quite like IDEAL anywhere, so it can really make a difference.’

The ALWAYs group has influenced the various ideas that the study is based upon, as well as its themes and ambitions.

‘We had a big discussion about that and found things that were far more important than what was already there,’ says Monica, a former carer.

The group also had the idea to create a questionnaire to help people with dementia outline what living well means to them, which will then be incorporated into the research.

‘There are smaller things too,’ says Julia. ‘We discussed what researchers should wear when visiting people in their homes. How should they act? Speaking slowly. All things we know about.’

Rachel says that the IDEAL researchers value the ALWAYs group and its input, which group members appreciate.

‘Researchers say they’re learning from us,’ says Keith. ‘Some can be protective of projects, but this team are very open and considerate.’

The IDEAL study is identifying what changes could be made by individuals, families and communities to enable people to live well with dementia. At the end of the programme, researchers will produce recommendations and an action plan for people who provide health and social care.

‘We’re hoping it brings a better understanding of the experience of dementia – how do you make it so that everyone is at the more positive end?’ says Jane, a former carer. ‘This group understands how bad dementia can be, but we’re about looking for solutions.’

David, who cared for his late wife and mother-in-law, says the IDEAL project provides ‘a positive message in the open arena’ that he can pass on to anyone diagnosed with dementia.

Members have also benefited personally from their involvement with ALWAYs.

‘You’re not alone in your experiences – other people experience the same things,’ says Rosemary, who is married to Keith.

Lesley, who has dementia, says she’s learned something from every ALWAYs meeting she’s attended. ‘I can share things with my daughters and neighbours,’ she adds.

‘This is the only group I can share my thoughts and feelings with,’ says Maureen.

Maureen, who attends meetings with her husband Tom, who has dementia, has also gained a lot from being involved.

‘This is the only group I can share my thoughts and feelings with. I can be honest and I get answers,’ she says.

Tom adds that he enjoys spending time with the different people in the group.

Monica says the members have all become friends, while Jane speaks of a sense of ‘trust and respect’.

Reflecting on her time with the group, Julia highlights the part of the ALWAYs name that refers to ‘asking you’.

‘That’s what it’s all about,’ she says. ‘It’s getting the questions and answers that are important to people.

‘I have a real sense of involvement.’