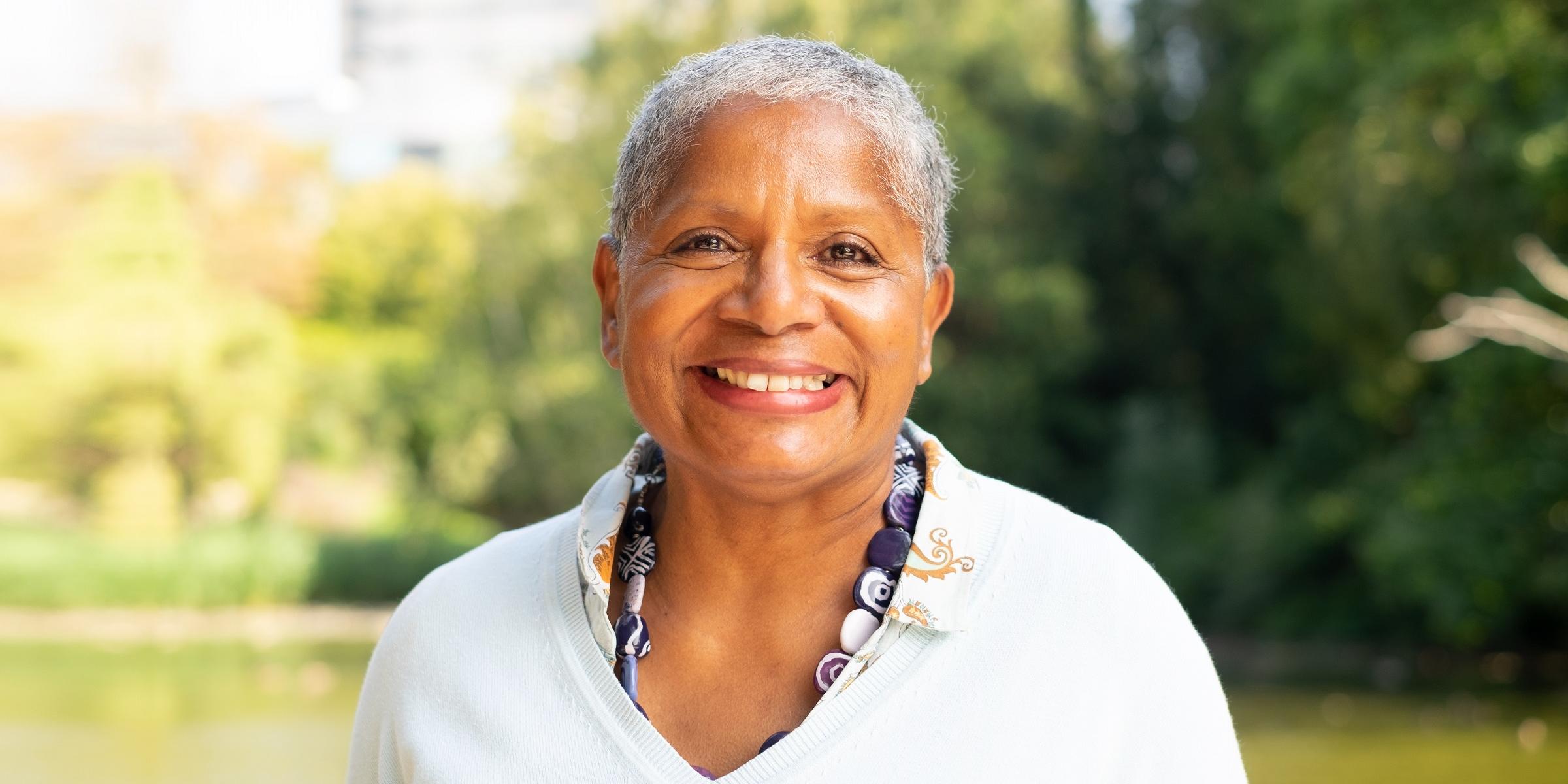 Vesna Okaikoi had a difficult childhood, not knowing who her parents were and growing up in foster care alongside her twin sister, Loraine. Now 65 years old and living with vascular dementia, Vesna reflects on the power of identity and how learning about her heritage has been a source of strength through challenging times.

Growing up in a predominantly white area, in Cheshire, I was very conscious of colour. I think I internalised my colour as a negative thing.

In those days there weren’t very many Black families. At one point, I was one of only three Black children in the whole of the school.

There was a lot of racism at that time, in the late 1950s. Not just against Black people, but against Irish people, gypsies – anyone who was different. So yeah, you came in for a lot of stick. Verbal taunts. Not everyone was like that, but certainly it was an issue.

I remember on one occasion when I had gone into Stockport. I don’t know whether we were with someone at the time, but I was only young. I can remember being racially abused at the bus stop. Horrible names.

It was horrendous really. It made me feel introverted in a lot of ways. It was hurtful. It didn’t give you a sense of pride or positivity about your identity.

I was about 20 when I came to London.

I had a group of friends – one was from Sweden, and one was Dutch. We were like-minded, trendy and had all moved here.

I would never say I was a huge part of Black culture because, until I moved to London, that was quite difficult. I didn’t have Black friends. I didn’t know any Black people at that time, apart from my sister.

When you are a young Black person and you haven’t really met other Black people, it’s quite a difficult transition to make.

Living in Islington, I had a neighbour who was Jamaican. So I met a Black family. He taught me about cooking Black food, and he sort of enveloped me into his family.

My sister and I had both trained as nurses, then I moved onto social work – a lot later, when I was about 26.

During my working life it was difficult for Black professionals, and particularly Black social workers to survive in the job because there was a lot of discrimination.

There were very few Black managers. Predominantly it was white male managers, and in the higher echelons of social work, Black people came in for quite a hard time. They were overly scrutinised. There wasn’t the same parity I think in terms of being seen as a professional in your own right.

At that time, I was working in adoption services and counselling women who were considering giving up their children for adoption.

That was very difficult for me, having grown up in foster care, knowing that I didn’t know my own identity.

If you remember, when you were a child at school, they will ask you to write about where you are from. I could never answer any of those questions. It just became a pain in your chest when Mum and Dad were mentioned. You would shrivel up inside.

Because of my work, I became more interested in learning about my birth family and finding out who I was. So I hired a researcher. It took me a long time to do that. I was 40 before I started.

I needed to know who I was, where I was from and my identity. Because it is fundamental, isn’t it?

If you don’t know where you are from, it leaves you with sad feelings. Not just that, but also without the strength of knowing your own culture and identity. That was important to me.

People would ask about my heritage all the time, and I couldn’t say. I didn’t know. People thought I was Caribbean, but I found out that my birth father was Ghanaian. My mum was born in Scotland, and they met in Liverpool.

When I found out who my mum and dad were, I felt great closure. Understanding where you come from gives you a strength, just in the knowing, you don’t have to be all embracing about it. Most people need to know where they are from.

It is unfortunate, it didn’t really work out as well as it could have done.

But it was still worth it, finding out who I was. Definitely.

Reckoning with the past

'I hope we can change the narrative': Improving dementia support for Black communities 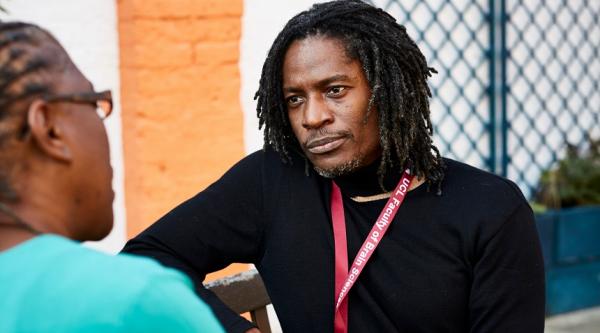 Research
For Black communities in the UK there is a greater risk of dementia, but support is typically accessed later in the journey. Alzheimer's Society is funding researcher Moïse Roche to understand the cultural factors behind these statistics, and how dementia services can meet the needs of Black African and Black Caribbean people.
18

I think Black Lives Matter is important because I don’t think anyone’s lives should have less worth, wherever they are from.

What really brought it home for me is what happened in Bristol – the Colston statue being torn down.

I thought, 'how would that make me feel if every day where I live, in Bromley, I had to pass a statue of somebody who had been responsible for chaining up my ancestors?'

How would that make me feel? It would make me somewhat diminished, wouldn’t it?

By rights, they should be taken down.

Today, I see myself very strongly as a Black woman, dual heritage, and have a very European, cosmopolitan culture because I have lived abroad in Europe. Maybe Black European, as I like to travel and have seen many countries.

I am a very strong advocate of human rights, and I have always been like that – in that mindset for human rights and equality.

There is no culture that I don’t like or don’t admire. Or don’t have the same respect for.

In my early onset dementia group, we have people from all communities. It does not discriminate. But then again, 10 or 15 years ago, I wouldn’t have known about dementia. Before my diagnosis, I didn’t know anything about dementia. If I had have known more, I think I would’ve sought help earlier.

Writing and sharing a story about how you or a loved one has been affected by dementia can offer some relief for both writer and reader. If you'd like to share your story, we'd love to hear from you.

Thank you so much for sharing your story!!!

Hi Vesna
I am in awe of you I too have been diagnosed with Vascular Dementia. IM single never married aged 68 have several disabilities including Heart disease that it appears was reason I develped this horrible disease. Interested in your background too, because my Brother is Married to a lady who I adore 40 years now ...of Colour or Black heritage mixed race. Her Dad Lee was wonderful Jamaician man. HIS wife Nellie a tiny sparrow sweet natured lady white from southern Ireland ...My gorgeous Niece and Nephew are both white but have Mums eyes my nieces daughter is white and has her Mums, Granny My sister in Law and Grandfathers eyes and full lips oh and with curly hair which oddly is very blond (no one in family has blond hair) !if want to chat please let me know im so, so alone and I suspect like you have delved into medicalisation that is Vascular ,(,incidently I know of NO dementia groups)Dementia x love Moira x