Martin Keats is a research participant in the PREVENT Dementia study which receives funding from Alzheimer’s Society. Watch a video showing Martin having a lumbar puncture, also known as a spinal tap, and read about his experience.

As a research participant in the PREVENT Dementia study, Martin Keats was filmed for our series of videos that explain what it’s like to take part in research.

The video below shows Martin having a lumbar puncture, also known as a spinal tap. This procedure is used to take a sample of cerebrospinal fluid from the lower back. It allows researchers to measure the levels of certain proteins important in Alzheimer’s disease.

I found out about the PREVENT Dementia study from a colleague whilst I was working at Imperial College London as an administrator in the department of Community Psychiatric Medicine Research. She mentioned that they were looking for people aged between 40 and 59 so I thought I’d put myself forward to help out.

I’m not aware that anyone in my family has ever had dementia, but I felt it would be good to get involved. It wasn’t as serious a commitment as a drug trial. My colleague seemed surprised because she hadn’t been actively seeking volunteers, but she was happy that I was willing to take part. She informed me that the study included regular brain scans and an optional lumbar puncture, and she sent me more detailed information about it by email.

I joined the study in May 2014 after reading the information sheets about the study and completing the consent forms, including the lumbar puncture one. The study involves being assessed every two years, so I’ve had two assessments so far – a baseline in 2014 and a follow up in 2016. The idea is that we will be assessed for years to come so that the earliest signs of any onset of dementia might be studied using the different types of information collected.

The main session involves going to an assessment clinic for most of a day. It starts with a fasting blood sample and things like weight and blood pressure measurements, followed by breakfast. The researchers ask questions about any medications you’re taking and if you’ve had any medical problems, and they do a series of health checks.

Following that there is a series of computer-based cognitive tests, which I found enjoyable but rather challenging. My childhood memories of doing similar tests at school came flooding back! At a later date I went to have a brain scan which lasted about an hour.

Not so scary after all 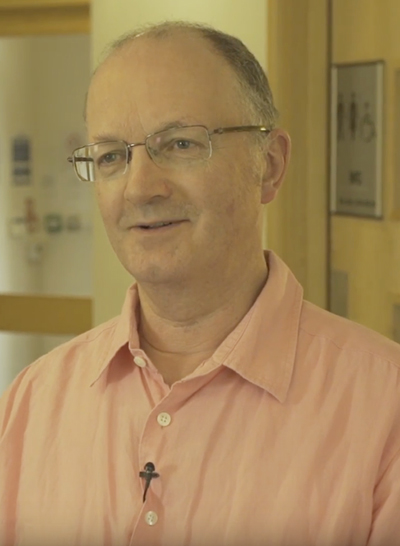 At first I was a little wary of the idea of a lumbar puncture, fearing the possibility of back pain or headache which are common side effects. I am used to migraine headaches from the unforeseen build-up of stress and was not keen on experiencing another, brought on by a medical procedure. The notes given to me before I joined the study were pretty reassuring and the doctor who performed it let me know that it is a fairly common procedure in the NHS.

Actually, the lumbar puncture procedure itself went like clockwork. I was given a local anaesthetic and from there on, though fully conscious, I felt nothing at all. I was also fortunate not to experience any subsequent headache or back pain.

My advice for anyone considering taking part in research would very much depend on how demanding the study might prove to be. I find being involved in the PREVENT study rather fun and scientifically interesting. It is also reassuring to know that, if any potential health issues arise out of the tests, I would be referred to my GP for advice or treatment.

A drug trial might be more demanding and I would want to carefully think through the possible risks and rewards. But for the activity I’ve been involved in for the PREVENT study, I see no reason why people should not come forward and take part – provided they fit the criteria for that particular study. For the PREVENT study, people can only join if they don’t have symptoms of dementia, but other studies are looking for people who do have a diagnosis of dementia.

Taking part in research
Back to top